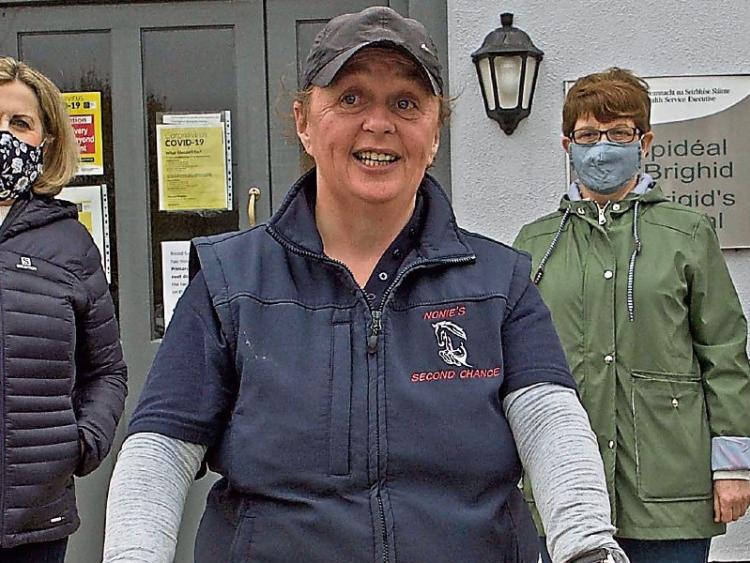 A Save St Brigid’s Hospital campaigner has been forced to abandon her bed push protest from Carrick-on- Suir to the Dáil due to safety concerns but she still plans to meet with Tipperary Oireachtas members in Dublin this week and will also be seeking to meet the Health Minister Stephen Donnelly.

Carrick-on-Suir River Rescue volunteer Catherine Foley bravely embarked on the gruelling bed push from the grounds of St Brigid’s Hospital at 8am on Monday and successfully completed the first leg of her  journey to Kilkenny city close to 4pm that day.

However, a tumble she suffered into a dyke while pushing the bed as she approached Kilkenny city along with pressure from heavy traffic on some parts of the route forced her to rethink her protest plan because she feared for her safety and the safety of others.

She, nevertheless,  plans to meet Tipperary Oireachtas members in Dublin today (Wednesday) and is still pushing to meet with the Health Minister Stephen Donnelly to urge him to re-open St Brigid’s District Hospital in her hometown, which the HSE has closed on the grounds the facility doesn’t meet new Covid-19 infection prevention standards.

While she had to abandon the bed push, Catherine was delighted and touched by the huge public support she received on her journey on Monday from Carrick to Kilkenny via the Cregg Road, Windgap and Callan.