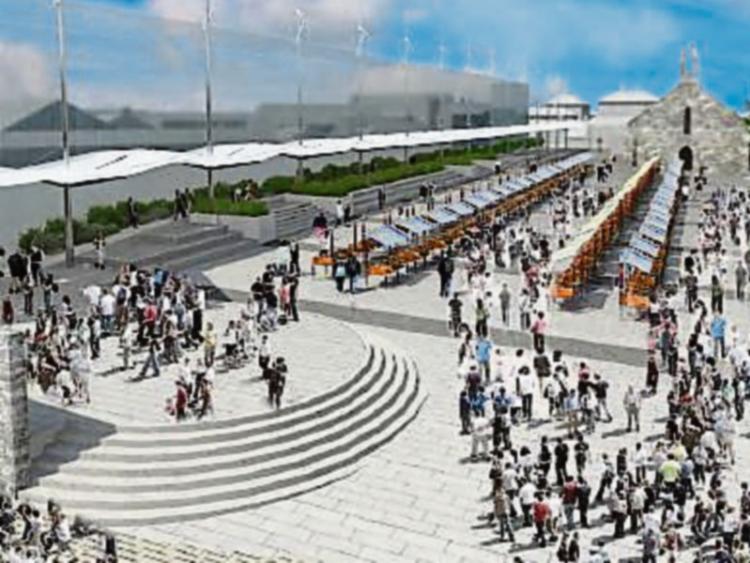 An artist’s impression of the new civic plaza at the former Kickham army barracks in Clonmel, as viewed from Dillon Street

There has been a widespread welcome for the announcement, including from Clonmel’s Mayor Siobhán Ambrose, who has hailed it as “great news.”

With approval now issued by the Department of Housing, Local Government and Heritage, arrangements to award and sign contracts and to commence construction will be progressed as soon as the current Covid-19 public health restrictions permit.

“When completed these projects will be of huge benefit, not alone for people in the Clonmel area but they will also attract outside visitors,” says Mayor Ambrose.

“In the case of the sports hub, this development will be a great asset in attracting sports groups from outside of the county, which in turn will boost the local economy.

“We look forward to the rollout of these two great projects,” she stated.

Cllr Ambrose says that the rollout of the Regional Sports Hub will involve the construction of a 400 metre athletics track and a walking, running and cycling track.

She says she’s delighted that following her representations a playground and skateboard park will also be included in this project.

Cllr Ambrose says that the sports hub was initially supported by local and multinational companies and with engagement from the local triathlon, cycling and athletic clubs.

The District Mayor expressed her gratitude to the council’s staff, whom she said had worked very hard to bring both of these projects to fruition. 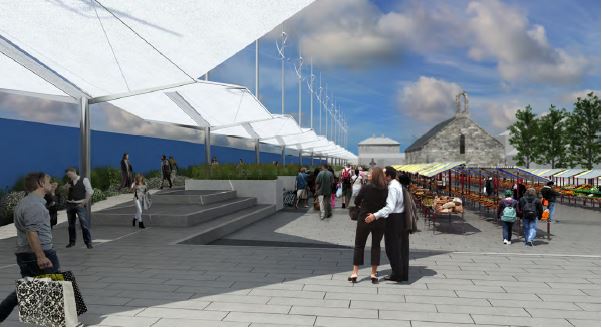 Above: An impression of what the new civic plaza in Clonmel will look like

Meanwhile, Senator Garret Ahearn says it is a fantastic boost for Clonmel and will bring activity back into the town.

“It is always nice to see investment in the town, but this project is one that I am especially delighted with,” Senator Ahearn added.

A new car park has already opened on the Davis Road side of the former Kickham Barracks. Other projects planned for the site include a new garda station and the new LIT campus, while the Tipperary Education and Training Board (ETB) has plans to consolidate and deliver a purpose-built campus.

Clonmel Athletic Club has described the final sign-off on funding for the sports hub and the progression to the construction phase of the “hugely ambitious project” in the LIT grounds as “a wonderful day” for the club.

“The announcement is a just reward for a project in the making since December 2014,” says Frank Lynch, chairman of the club’s development committee and juvenile chairman.

He said the arrival at this juncture had at times seemed close, and yet on many occasions never so far away, as a dedicated team laboured over the many obstacles that had presented over the past six years.

“The unprecedented multi-disciplinary approach set this project apart from all others, as a development team including representatives from local industry, sports partnership, LIT, Tipperary County Council, architects and three invested clubs put their forces together, giving the project a unique set of objectives from all perspectives,” Mr Lynch added.