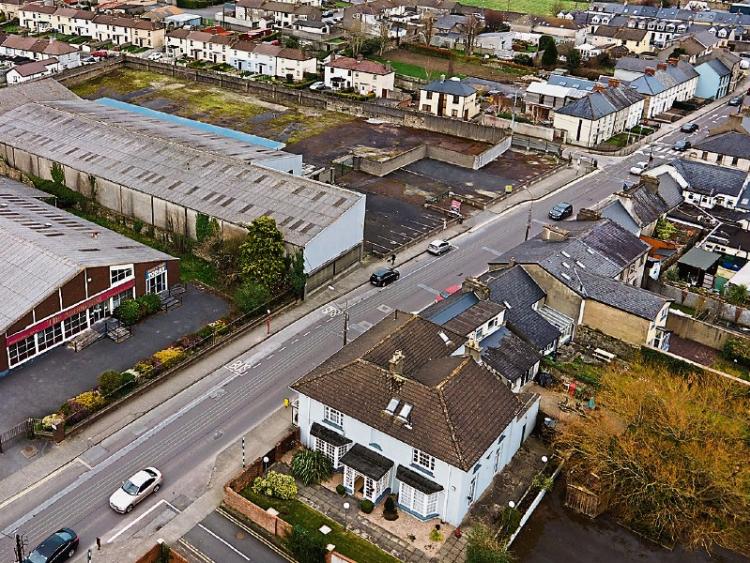 Cllr Richie Molloy has described the decision to spend €200,000 on road repairs to Queen Street in Clonmel (including €84,000 this year) as “ludicrous.” Picture: John D. Kelly

An announcement that €150,000 will be cut from a fund allocated for the repair and maintenance of roads in Clonmel, and the money diverted to rural roads, has provoked an angry response from politicians in the town.

Members of Clonmel Borough District are also vexed with the news that a sum of €200,000 will be spent over two years (including €84,000 this year) to resurface the entire length of Queen Street in Clonmel, a job that they don’t believe is necessary.

As a consequence the members have sought an emergency meeting with the county CEO Joe McGrath and Tipperary County Council’s Director of Roads Marcus O’Connor, and decided not to approve the Borough District’s roads programme until that meeting is held.

It’s understood that a meeting between the Clonmel councillors and Mr O’Connor will take place this afternoon, Thursday.

District Mayor Siobhán Ambrose led the chorus of disapproval with these announcements at the Borough District’s monthly meeting.

“I am really appalled and horrified,” she stated, noting that there was a significant reduction from €900,000 to €750,000 in their roads programme, with the money diverted elsewhere.

“I’m really hurt by this. We all work hard and put forward different roads (for repair),” she said, adding that they saw the roads in need of repair and listened to the people on the ground.

Cllr Ambrose said that €150,000 had been taken from their budget without the members being informed, and she was appalled by what she described as “the shocking disrespect” shown to councillors and the local officials, although she didn’t believe anything underhanded was involved.

Some of the roads that they took for granted would be included on the programme were now omitted.

She accused the council management of “targeting the districts” by taking this money from the town and said it was up to the county manager and the Director of Roads to find the money elsewhere for the repair of rural roads.

No requests for repairs to Queen Street

The District Mayor, who proposed the emergency meeting with the county manager and Director of Roads, said the manager was now deciding on specific streets that would be resurfaced, and at a cost of €84,000 this year.

Queen Street wasn’t a road that anyone had requested for repair.

She also pointed out that Clonmel was the town that gave the most to the county in terms of revenue.

In reply to a query from Cllr Pat English, Mr Powell said that if they didn’t do Queen Street this year they could do repair work in Wilderness Grove, the Glenconnor Road junction with the new roundabout and the laneway at the back of Bianconi Drive.

The District Engineer said he understood that €150,000, or 20% of the town budget would be diverted to address those rural roads that are in a poor condition. But there was no guarantee that €150,000 taken from the town would be spent entirely on rural roads in the Clonmel district.

Cllr Pat English said he was also shocked and totally disappointed by the news, and he wasn’t at all happy that local councillors were again being stripped of more powers.

Having walked Queen Street he said there were just a few bad spots that could be patched. It was a long street and its resurfacing would take an awful lot of money away from other jobs in Clonmel.

Cllr English said the roads in Clonmel were good at the moment but if they weren’t maintained there would be serious problems ten years down the line. It was a big town and the roads needed to be maintained.

With this serious drop in funding, he wondered if they should adopt the roads programme.

Cllr Michael Murphy said that on the face of it this news was “deeply worrying.”

The councillors were mandated to represent the district and the fact they weren’t consulted in this decision just wasn’t good enough.

He said the Clonmel district generated more than one third in the county’s rates income and almost 50% of its car parking revenue. They needed to engage at the highest level and get clarity on this.

Cllr Richie Molloy said he was thinking “of that whole debacle of spending a fortune” on the N24 at the bypass road, a job that nobody had seemed to look for, although he accepted it was done by Transport Infrastructure Ireland (TII).

He couldn’t recall any member requesting work for Queen Street, yet they would have to defend the decision to spend all that money on the street, which he described as “ludicrous”.

Cllr Molloy said it was important that they spoke up at the local councils because they needed to keep the few powers they had.

Cllr Niall Dennehy said he understood that the former Chadwicks site in Queen Street had been sold recently, and he wondered if this initiative to repair the street was part of any pre-planning discussions as to what might happen on the site.

Cllr John Fitzgerald described the decision as action without consultation, and he said it had to be reversed.

District Manager Sinead Carr said a number of roads in rural areas were well below par and they needed a method to reallocate funds for those poor quality roads.

She had no doubt that the Director of Roads was acting in the best interests of the county and that there were valid reasons for the redistribution of funds.

Ms Carr accepted the point that there hadn’t been adequate consultation. She would ask the Director of Roads to come to a meeting and thrash out these issues and provide some clarity.

She said the county manager was extremely busy but if they weren’t satisfied with the responses from the Director of Roads they could request a meeting with the manager.