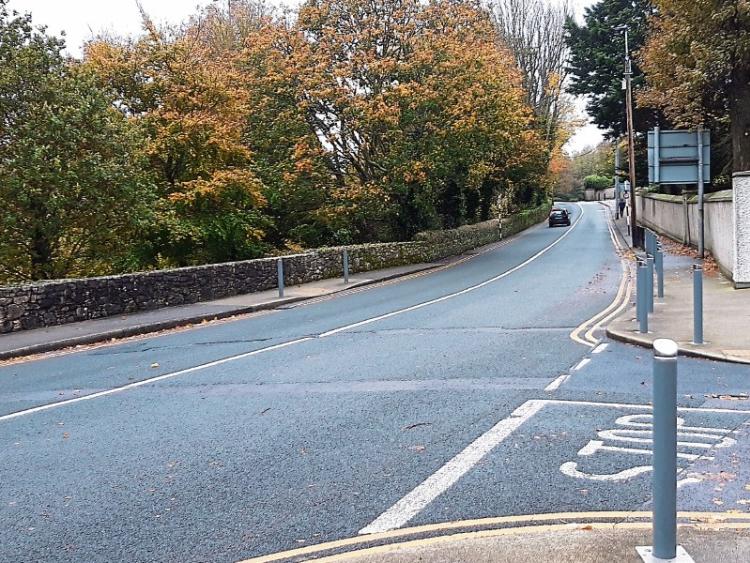 Funding of €310,000 that has been made available for footpath improvements at the Coleville Road in Clonmel (above) has been welcomed

Funding made available this week by the National Transport Authority (NTA) includes allocations for a number of roads in Clonmel.

Welcoming these allocations, Cllr Michael Murphy said he had been highlighting the dangers at the Coleville Road for almost 12 months now.

He said he had also highlighted the Abbey Road to Marlfield stretch, which he said was particularly dangerous for pedestrians.

District Mayor Siobhán Ambrose has also welcomed the funding for Clonmel, which she said would allow works in these areas to get underway this year.

Meanwhile, Deputy Michael Lowry said that the NTA had originally earmarked €50 million for this scheme throughout the country.

However, due to the volume of project proposals being developed by local authorities, it had been increased to over €70 million.

“This allocation marks another significant step forward in providing green sustainable transport options to those outside of the large urban centres,” he said, adding that it would make “a real difference to rural communities across the country”.

Deputy Jackie Cahill says “developing high quality walking and cycling facilities will encourage more people to switch to active travel and to get out and about in the fresh air - improving health, mental health and protecting the environment”.

“It is an absolute priority for me that rural Ireland is supported and funded and I am delighted to work to make this happen as much as possible,” he said.

The total fund for Tipperary is just over €4.6 million.

Included in the allocation is a total of €408,000 for footpath works in Killusty, Kilcash, Nenagh, Portroe and Newport; €371,000 for new and improved pedestrian and cycle schemes in Cashel, Thurles, Nenagh and Roscrea; €396,000 for new footpaths in Cashel, Ballyporeen, Ardfinnan, Clogheen, Donaskeigh, Hollyford and Toem; €395,000 for new footpaths in Killenaule, Cloneen and Mullinahone;  €486,000 for footpath improvements in Cahir, Cashel, Tipperary Town, Ballagh, Cappawhite, Dundrum, Cullen and Cloughjordan; and €417,000 for footpath improvements in Tipperary Town, Clogheen village, Carrickbeg, Borrisoleigh and Roscrea.

In addition, €100,000 has been allocated for transport studies/mobility plans in towns including Clonmel, Thurles and Nenagh.