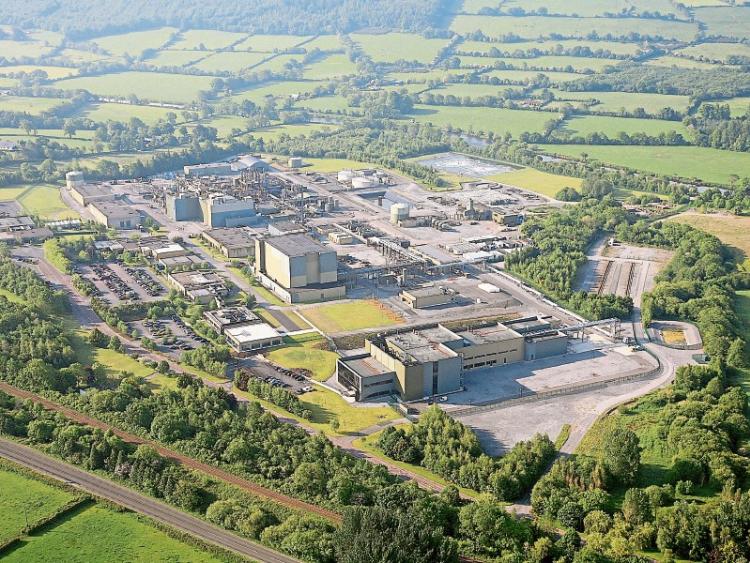 A bird's eye view of the MSD plant at Ballydine, Kilsheelan

Pharmaceutical multi-national MSD is planning another significant expansion of its Ballydine plant  near Carrick-on-Suir with the company submitting a planning application  seeking permission to build a new three-storey manufacturing building.

MSD Ballydine Ireland’s planning application for the proposed 3,266sqm building described as a “pilot plant manufacturing facility” was lodged with Tipperary County Council on Tuesday, March 30, The Nationalist can reveal.

Tipperary County Council has indicated it will decide on May 24 whether to approve, reject or seek further information on the planning application.

According to the application, the pilot plant manufacturing facility will be 20.75m in height and will be linked to the existing 03 manufacturing building.

Permission is sought to alter the elevations of the 03 factory building to accommodate the new pilot plant.

It’s proposed to  locate it south of a new 6,400sqm Research & Development and Formulation building currently under construction.

The planning application says the development will also include a proposed equipment yard housing plant, equipment and an abatement system, vents and equipment housing including a covered waste tank.

The application  requests permission to extend a temporary contractors’ compound, increase temporary parking for contractors and develop a second compound adjacent to the new plant.

The planning application concludes by outlining that this is a site to which the Chemicals Act (Control of Major Accident Hazards Involving Dangerous Substances) Regulations 2015 (S.I. 209 of 2015) applies.

The submission of this planning application comes just seven months after MSD  secured planning permission to build the new three-storey Research & Development and Formulation building along with  a total of 110 new car parking spaces at its Ballydine plant.

Approximately 220  workers are  involved in the construction of the R&D and Formulation building and its development  will result in MSD hiring  approximately 20 new staff at Ballydine in the areas of product development, operations and quality.

MSD Ballydine, which is located off the N24 between Kilsheelan and Carrick-on-Suir,  already employs 500 people.