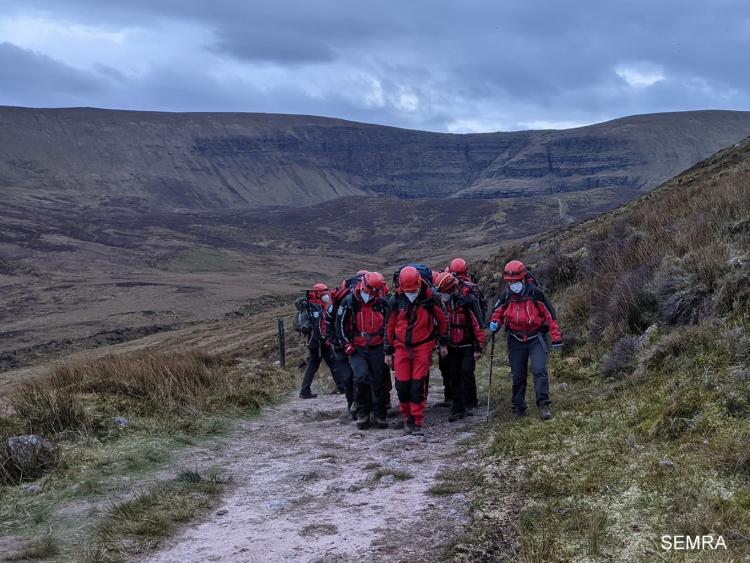 The South Eastern Mountain Rescue team was in action again on Sunday rescuing an injured hiker from the Galtee Mountains.
The woman suffered a leg injury while walking with two others along the trail to Lough Muskry. She was reported to have twisted her knee while descending the trail.
SEMRA received the call out to rescue the walker at 6.20pm on May 2. Team members were at the head of the trail at Rossadrehid by 7pm and reached the casualty by 7.45pm. The walker received medical attention at the scene before being stretchered down the trail and handed over to the care of National Ambulance Service personnel.