'This is something we shouldn't have to be fighting for.' 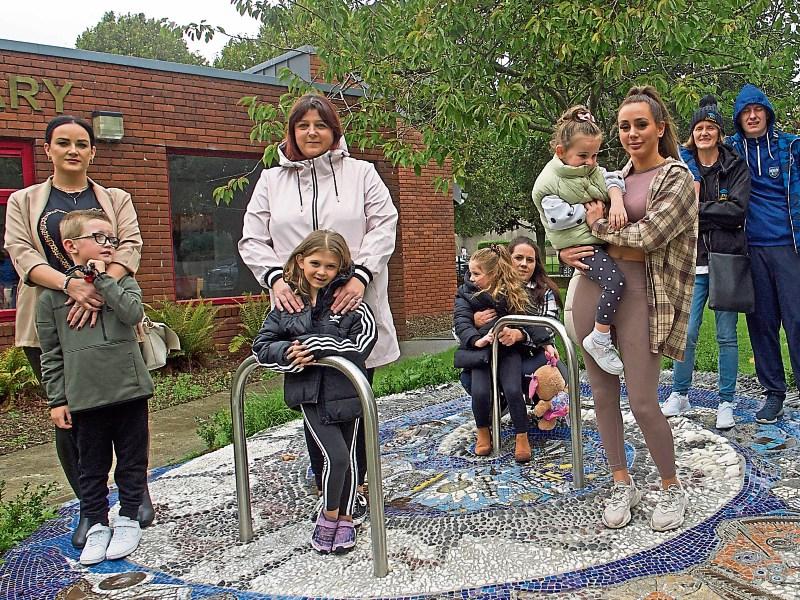 Applying for a primary school place for your child should be a straightfoward task but for parents of young children with autism living in Carrick-on-Suir it’s a process filled with stress and worry that can take years.

Laura Waters from Ard Mhuire, Carrick-on-Suir, whose daughter Grace is due to start primary school next September has so far hit a brick wall in her search for a school place after contacting four special schools and 10  primary schools with ASD units, which currently have no places available for the next academic year.

Grace, who turns five years-old next month, recently started her second year at Cherry Blossom ASD Playschool in Clonmel and completed a year at Little Scholars Playschool in Carrick-on-Suir before she was diagnosed with ASD. Laura pointed out Grace will be too old next autumn to spend another year in pre-school.

Laura said if Grace doesn’t get into a primary school ASD unit for next September, she will have to receive home school tuition but she feels strongly home tuition would not benefit Grace educationally or socially.

Fiona Russell’s daughter Ella will be four years-old at the end of this month and recently started at Clonmel’s Cherry Blossom Playschool  after completing a year at a mainstream playschool.

“Any school I phone can’t see any place being available. It could be three years. You feel so deflated,” she said.

Many of the schools Fiona has contacted give priority to the siblings of children already in their school and children from their own catchment area. The problem for Carrick families is they are  always outside the catchment areas of these schools because there is no similar education unit in their area.

“It’s a constant worry you have to be ten steps ahead all the time. This is something we shouldn't have to be fighting for,” said Fiona.

Taylor Franey, whose Facebook post ignited the campaign, says her daughter Georgia (3) was diagnosed with ASD two months ago and started in Treasure Island Playschool in Carrick-on-Suir last month.

“We were told when we got the (diagnosis) report to start applying for primary school for Georgia now because the places are so tight,” said Taylor from Clairin Close.

She has so far submitted applications to two of the  nearest primary schools with ASD units  in Carrick-on-Suir’s hinterland Mooncoin and Piltown and can only apply to Windgap next year.

“A place only becomes available if someone goes onto a mainstream school or leaves,” Taylor explained.

“There are no places at the moment and no guarantee of a place as we are living outside the catchment area of those schools. I am going to have to look to apply to schools in Waterford and Dungarvan but I really don't want to.”

Even if she secures a place for Georgia in a school in one of the villages near Carrick, she is worried about how her daughter will cope with travelling on a school bus daily.

“Georgia doesn’t like travelling in a car. You would need to have her ready an hour in advance to go on a bus and she would have difficulty travelling on it especially if she is around people she doesn’t know.”

She explained how Mayson spent a year at a local mainstream school but he struggled there due to his condition, which was diagnosed only after Danielle got him assessed privately after waiting several years for a public assessment.

When she contacted a number of primary schools with ASD units she was initially told it could be three years before a place would become available for Mayson.

In the end, Mayson was offered a place at Mooncoin NS after just two months on its waiting list because of an administrative hiccup. A place became available when several families higher up on the waiting list had to refill out one of the complicated forms the Department of Education requires while Mason’s form was fortunately completed  correctly.  Danielle firmly believes they would still be waiting for a place if this hadn’t happened.

Mayson has now started his second year at Mooncoin NS and Danielle reports he is thriving there and the ASD unit’s staff are “absolutely amazing”.

However, the school’s 14km distance from Carrick-on-Suir presents practical difficulties.  Luckily, Mayson gets school bus transport daily but Danielle doesn’t drive and if her son has a bad day or becomes ill at school and has to go home early, she must make arrangements with other family members to collect him.

She pointed out that not living in the community where the school is means they are “out of the loop” with many important aspects of school life.

“You don’t know the parents or kids and even the teachers unless you are attending parent teacher meetings.”

Opening an ASD unit at a Carrick-on-Suir primary school would be a godsend for Janet Wall, when her son Jayden reaches primary school age in two years time.

Three-year-old Jayden has just started at an ASD preschool in Dungarvan. Janet  drives him  there daily and waits around to collect him when he is finished.

Jayden currently doesn’t qualify for school bus transport as the Cherry Blossom ASD Unit in Clonmel is deemed closer.   Just before the school term began, Jayden was offered a place at Cherry Blossom but by that time, Janet explained, he  had visited the Dungarvan school several times, become used to it and liked it. She said she couldn’t change  at such a late stage and upset Jayden as he was so happy with  the  Dungarvan school.

Looking ahead, Janet from Carrickbeg said it would be “brilliant”  if a primary school ASD unit opened  in Carrick-on-Suir so Jayden wouldn’t have to travel so far for his education.

Janet’s partner died two years ago and as a single mother with two other young children attending primary school it would make life a lot easier for her whole family.