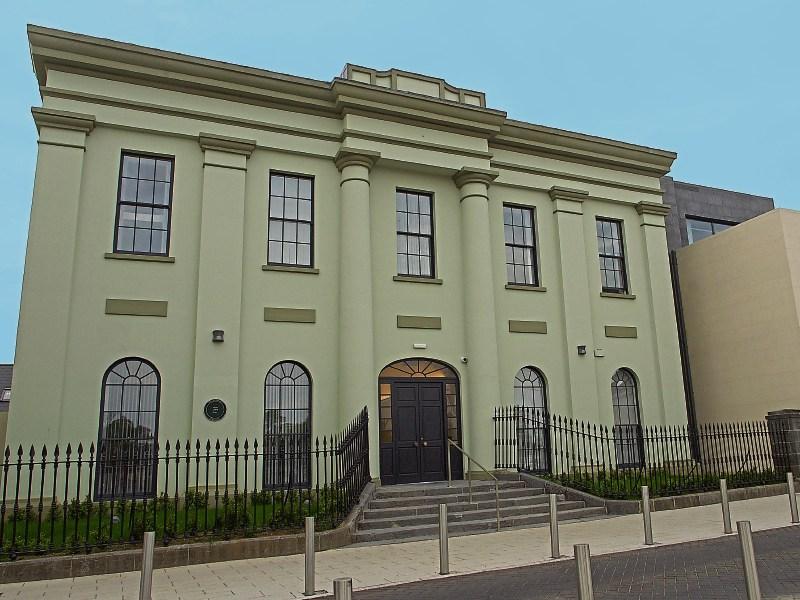 A Carrick-on-Suir councillor is to make a complaint to Tipperary County Council this week about the way the vote on the Carrick-on-Suir Regeneration Scheme planning application was conducted at Carrick-on-Suir Municipal District’s November monthly meeting.
Cllr Kieran Bourke believes the vote taken by the district’s five councillors on the Part 8 planning application should be declared “null and void” because council officials didn’t properly adhere to the Standing Orders rules of the meeting as councillors names were not called out in alphabetical order when the vote was being taken.
The regeneration scheme planning application, which proposes projects worth €16.5m for Carrick-on-Suir town, was approved by a majority of a single vote.
Carrick-on-Suir’s two councillors voted against its adoption after failing to secure a further postponement of the decision in view of local opposition to the location of a Blueway visitors car park at Sean Healy Park and a radical reduction of car parking spaces on the town’s Main Street.
The district’s three rural based councillors voted in favour of the plan’s adoption.
Cllr Bourke said Standing Orders were the rules and regulations that govern local authority, Seanad and Dáil Éireann meetings and have to be adhered to.
He said not conducting the vote on the regeneration scheme planning application in alphabetical order of councillors names was a clear breach of Carrick Municipal District’s Standing Orders rule number 46.
He explained that if the vote was conducted properly, he and fellow Carrick-on-Suir Cllr David Dunne would have been the first councillors called to vote.
As the two Carrick-on-Suir councillors voted against the planning application’s adoption, he felt seeing the way they voted could have swayed one of the rural councillors to also vote against its adoption. Instead, the three rural councillors’ names were called out first to vote.
Cllr Bourke said he intends making a complaint about Standing Orders not being properly followed in this vote to the county secretary/meetings administrator this week as he questions the “legitimacy” and “legality” of the vote due to this breach in Standing Orders.
Carrick-on-Suir Municipal District’s Director of Services Brian Beck said the council hasn’t received any complaint from Cllr Bourke yet and it would be very hard for the council to comment until the complaint was received.
Meanwhile, Main Street traders and property owners who signed a petition opposing the regeneration scheme’s proposal to reduce car parking spaces on the street, have been invited to submit their concerns in writing to Carrick-on-Suir Business Association.
The traders last week considered organising a meeting to discuss the outcome of the adoption of the regeneration scheme but have instead opted to go down this route to highlight their concerns about the impact the removal of nearly half of the street’s car parking spaces will have on their businesses.
One of the petition signatories John Hogan, proprietor of Kehoe’s Butchers, said traders’ written submissions will be forwarded by COSBA to the council to address. He said traders can submit the letters outlining their concerns to his shop and he will send them to COSBA.
Mr Beck said the council wanted to minimise as much as possible the impact of the regeneration scheme works on Main Street traders.
He indicated the council was willing to put the revamp of Main Street back to the end of the regeneration scheme and have other streetscape improvements completed first as well as source additional car parking around that area.
Mr Beck said the council also intended to appoint someone to work directly with traders to try and resolve any issues they have.