The new beds will involve an investment of about €7m 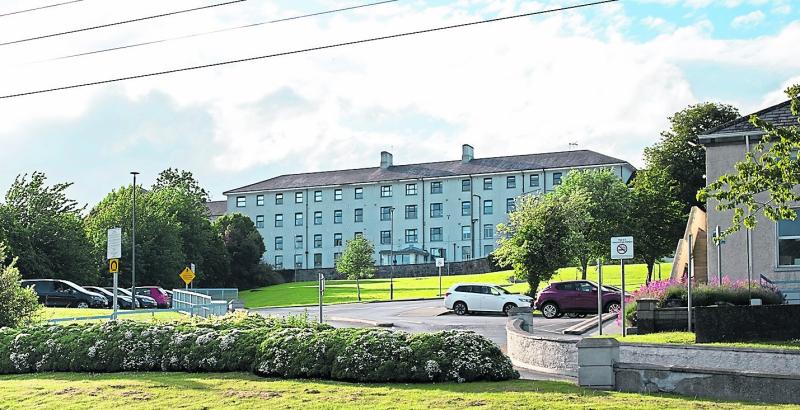 Tipperary University Hospital management will learn in the early months of next year whether the Government will provide the funding to open 33 additional general hospital beds in the former St Michael’s acute psychiatric unit.
This significant expansion of the Clonmel hospital’s bed capacity will involve a €7m investment with €700,000 already spent last year in refurbishment works to St Michael’s Unit that is located on hospital’s grounds.
TUH general manager Maria Barry said 100 full and part-time medical staff will be required to man the 33 beds and the hospital has already recruited many of these extra staff.
They are currently working in wards across the hospital and will be redeployed to the new unit when it’s ready.
Ms Barry said the 33 new beds were approved by the Government last year and the hospital has been putting pressure on to secure necessary funding to provide them.
The provision of funding to open the beds was raised with Taoiseach Micheál Martin during his visit to the hospital in late October to officially open the 40-bed unit based in a modular extension to the hospital.
Hospital management showed the Taoiseach the plans for the additional beds at St Michael’s Unit.
Following his visit, Mr Martin told the Dáil he had spoken to the Minister for Health and Chief Executive Officer of the HSE about the project and promised to continue to push for the provision of these beds.
Ms Barry said the hospital has submitted a funding application and expects to learn in January/February whether it has secured the finance.
“We are hoping that if the funding comes in the first quarter of the year that we would be looking to open the beds this time next year.”
Campaigners for the return of an acute inpatient psychiatric unit to Clonmel will be disappointed that none of the 33 extra beds planned for St Michael’s Unit will be for acute psychiatric patients. St Michael’s acute psychiatric unit was closed in 2012 and since then patients from south Tipperary requiring inpatient acute psychiatric care have been treated at St Luke’s Hospital in Kilkenny.
Ms Barry said Tipperary University Hospital doesn’t provide acute psychiatric care and St Michael’s Unit will be renamed once the new beds are in place as its current name is so closely associated with its former role as the county’s acute psychiatric unit.
She pointed out that due to space constraints at TUH St Michael’s is currently being used for out-patients and various other services in the hospital.