Driver found with cocaine in Cabra, Thurles, said handle was for ‘calming horses’ 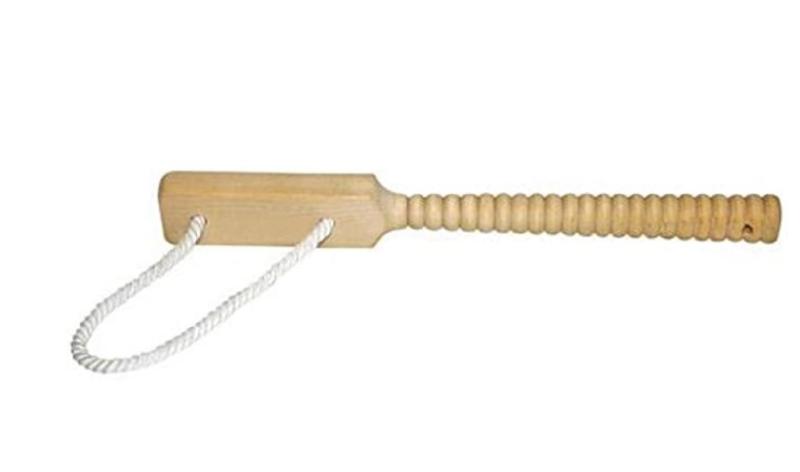 An item similar to the one pictured, above, was fashioned by a driver found with drugs in his possession in Thurles

A Thurles man found with what appeared to be an offensive weapon and cocaine in his possession, was fined at Thurles District Court and given a suspended prison sentence of three months.

Garda Mark Cullinane told Judge Elizabeth MacGrath that he was on mobile patrol in the Commons, Cabra Road, Thurles, on December 15, 2019, when he observed Finbar McCarthy sitting in the front driver’s seat of a vehicle, beside a passenger in the passenger’s seat.

Garda Cullinane said he engaged in conversation with Mr McCarthy, of Cabra Bridge, Thurles, and while doing so, detected a smell of cannabis.

From a search of the vehicle under the Misuse of Drugs Act, Garda Cullinane located a quantity of cocaine, which was found on Mr McCarthy’s person. Garda Cullinane seized what he believed to be an offensive weapon, made from what appeared to be the leg of a table, from the rear seat behind the driver’s seat. This item had a hurley grip, and a wrist strap, and resembled an old garda-style baton. “I cautioned him,” said Garda Cullinane.

Mr McCarthy said he used the item to grip a horse for shoeing it. Mr McCarthy was charged with having, in a public place, a modified table leg with strap and handle grip intended to cause injury or intimidation, unlawful possession of amphetamines, no insurance, and no driving licence.
Solicitor Colin Morrissey said Mr McCarthy was not involved in any feud. The item was used for shoeing horses Mr McCarthy had in Cabra. In court, Mr McCarthy said he had used the item to “calm down” the horse by tightening it around the horse’s lips prior to shoeing. “I was never in any trouble,” he said. “You did not have this for any illicit purpose,” asked Mr Morrissey. “I was shoeing horses two days before,” said Mr McCarthy.

Inspector James White put it to Mr McCarthy that it was an offensive weapon. “Do you shoe your own horses,” he asked Mr McCarthy. “I was in a car accident some months ago so I go to a farrier now,” replied Mr McCarthy.

Mr Morrissey maintained that Mr McCarthy had given a reasonable explanation for his possession of the item, and there was enough reasonable doubt to dismiss the charge. Inspector James White said the court had “seen it and examined it, it speaks for itself. The defence is not credible”.

Judge MacGrath said Mr McCarthy had provided an “adequate explanation” as to why it was in his possession. “I do find that explanation questionable,” she said. Furthermore, it gives rise to questions of animal cruelty. Judge MacGrath said she was not satisfied the prosecution had reached the level of evidence to show intent to cause injury and Mr McCarthy would have to be given the benefit of the doubt.

Mr McCarthy consented to a destruction order in relation to the baton. He has eight previous convictions, including for drugs and road traffic offences. Judge MacGrath noted that he was disqualified from driving at the time of the incident.

Mr Morrissey said Mr McCarthy, 30, has five children, and is on disability for mental health issues. Mr McCarthy was “self-medicating” with cannabis, which brought him into “difficulties” for drugs, which “underpins his lack of appreciation for the road traffic legislation”.

“He is aware he is on thin ice regarding driving matters,” said Mr Morrissey. “I would ask that the court not jail him. There’s nothing further in the pipeline of this nature left before the court.” The value of the drugs was put at €50.

Judge MacGrath fined Mr McCarthy €150, and made a destruction order in respect of the drugs. For no insurance, Mr McCarthy was sentenced to three months’ imprisonment, suspended for one year on condition he enter into a Section 99 bond of €250. He was disqualified from driving for four years.