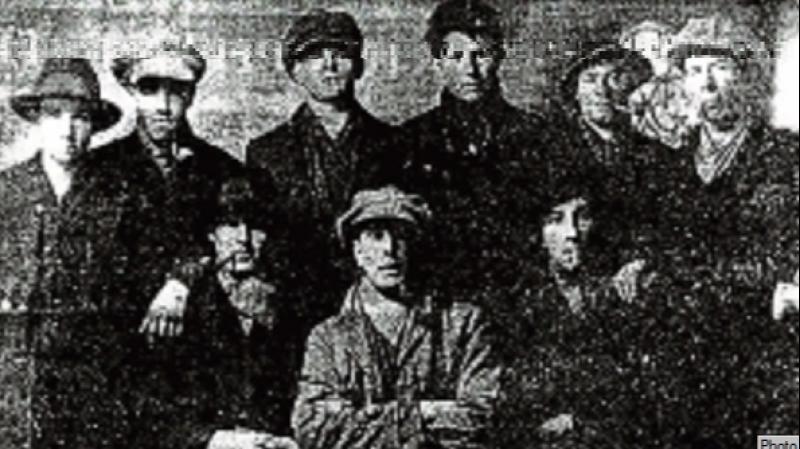 A commemorative weekend will be held in Hollyford from May 6-May 8 to honour the Hollyford “C” Company of Volunteers.
This event is taking place under the auspices of Hollyford Community Council aided by Una Crowe, Phil Ryan, Alicia O’Keeffe and Eileen Ryan.
Proceedings will open on Friday, May 6 at 7pm with a Wine Reception in Hollyford Community Hall, followed by Words of Welcome at 7.30pm from Brendan Carr, Vice-Chairman of Hollyford Community Council. The Cathaoirleach of Tipperary County Council, Marie Murphy will then officially open the event.Cllr Murphy was first elected to South Tipperary County Council representing the Cahir Electoral Area in June 2009. She is a native of Clogheen and a member of Fine Gael. She was elected Cathaoirleach of the council in June 2021. She has a keen interest in history, particularly the War of Independence as her grand- aunt, Bridget Fitzpatrick was a member of Cumann na mBan and was also the wife of Colonel Jerry Ryan, Commandant of 1st Battalion of the 2nd Tipperary Brigade.
At 8pm, Dr Denis G. Marnane will give a talk entitled: Writing the Past: Some Reflections on 1914-1923 in Tipperary”.
Dr Denis G Marnane is editor of Tipperary Historical Journal and has written on all aspects of the county’s history.
Among his publications are: The 3rd Brigade - a history of the Volunteers/IRA in South Tipperary, 1913-21(2018) and The Civil War in County Tipperary (2021).
He is a former board member of the National Library of Ireland and in co-operation with Tipperary Studies, Tipperary County Library Service, has produced the Finding Tipperary series of publications, of which the most recent is: County Tipperary 1921-1923 a history in 60 documents. Des also has an affinity with Hollyford as his mother was Stapleton from Piperhill. He still has cousins in the area.
Des’ talk will be chaired by Dr Noreen Higgins-McHugh, a historian whose special interest is genealogy.
She launched her book, Tracing Your Tipperary Ancestors, in 2018. A native of Kilfeacle she is married to Hollyford man, Martin McHugh and they now live in Drom.
An Exhibition of Artefacts, Memorabilia, Documents & Photographs pertaining to the years 1914-1923 will be on view in Hollyford Community Hall during the weekend. A special word of thanks to Mary Guinan-Darmody & the Local Studies Section of Tipperary County Library for loaning us some of the exhibits and the documents of the War of Independence and the Civil War. There will be many items on display to engage your interest.
Then on Saturday, May 7 at 7pm a Commemorative Mass for the Hollyford Volunteers will be celebrated by the parish priest, Fr Dan Woods in St Joseph’s Church, Hollyford. Contributing to the Liturgy will be Cabragh Wetlands Choir accompanied by organist, John O’ Gorman.
Following Mass a Wreath-Laying Ceremony will take place at the monuments opposite the church, by the Community Council in memory of Phil Shanahan, Denis Quinlan and James Quirke. Phil Shanahan, Foilmacduff, Hollyford was involved in the 1916 Easter Rising in Dublin, fighting in Jacob’s factory, he was a member of the First Dáil & owned a famous pub in Dublin. He died in November 1931 and was made an Honorary Colonel of the 3rd Tipperary Brigade IRA.
Denis Quinlan, a civilian & a native of Upperchurch was shot by the Black & Tans after leaving Mass in Hollyford on February 13, 1921. James Quirke, Glenmorgan, Hollyford was killed in action near Golden in July 1922 during the Civil War.
Hollyford Community Hall will again be the venue for the Commemorative Concert at 8.30pm. This promises to be a most enjoyable event whereby the Volunteers and the Burning of Hollyford RIC Barracks will be commemorated through music, song, dance and drama. Cabragh Wetlands Choir will entertain as will Thurles Drama Group, a group from Brú Ború, Sheila O’Dwyer and her music group and many acclaimed local artistes such as the Nolan family and Donal O’Connell from Rearcross, Canice Ryan (R) and Jim O’ the Mills Music Group from Upperchurch and many others. This is just a flavour of what to expect. We want to keep some element of surprise for the night.
Through the conduit of the Arts & Music, tributes will be paid to Phil Shanahan, Seán Treacy and James Quirke. The MC for the concert will be Emer Shanahan Uí Fhatharta, great grand-niece of Phil Shanahan and daughter of Nora and the late Raymie Shanahan of Foilmacduff.
A Commemorative Booklet has been compiled and will be on Sale throughout the weekend. This book contains articles written by various different people. It also contains a vast array of photographs which are sure to bring back memories & fire up conversations long into the future. Apart from purchasing the book, admission to all other events during the weekend is FREE.
The final event takes place on Sunday, May 8 at 5pm, that is, the unveiling of A Commemorative Plaque on the wall of the residence of Phil and Mary Ryan. This residence was formerly Hollyford RIC Barracks and was purchased by the Ryans in 1985. You can read about the line of ownership of the Barracks in the book. The Plaque Unveiling is under the auspices of the 3rd Tipperary Brigade Old IRA Commemoration Committee. This will bring the weekend’s events to a close. Looking forward to seeing you all in Hollyford on the weekend of May 6-May 8 for a fabulous weekend of commemoration, remembrance and entertainment.