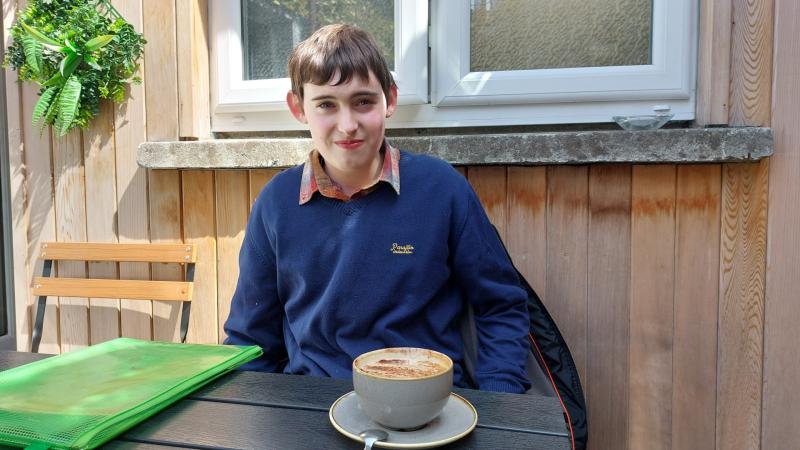 Michael Maher, 21, from Templemore, has published his first comic book this week.

Evan's Story Starts Here is about a boy named Evan who is staying with his cousin Albert and his Uncle.

Evan, Albert and their friends end up on a wild adventure when they decide to enter a sock puppet competition.

"Evan’s kind of staying at his Uncle's house for the summer, of course, and then throughout the story, he sees an advertisement for a silly sock contest, and Alfred says we should join it.

“So, they kind of do a crazy contest since it's run by a sock puppet, so you can imagine how it all goes wrong," explains Michael.

This book is the first of a planned series by Michael with eight stories about Evan in the pipeline. He also hopes to write a novel one day .

Michael’s book is full of wonderful and fun characters, but he says he doesn't have any favourites.

"Well, there’s Evan. He is the main character, and he is like me; he doesn't talk a lot.

“There’s Alfred, his cousin who is always hyper, and then there's Alfred’s friend Wanda who is crazy about inventing, but sometimes they go wrong.

“And then there’s Yonkar, who is the odd one out, but you will have to see the book to know.

“And then there’s finally Socket, the sock puppet who runs the show," said Michael.

Michael says he enjoyed the process of writing, designing and creating his comic. 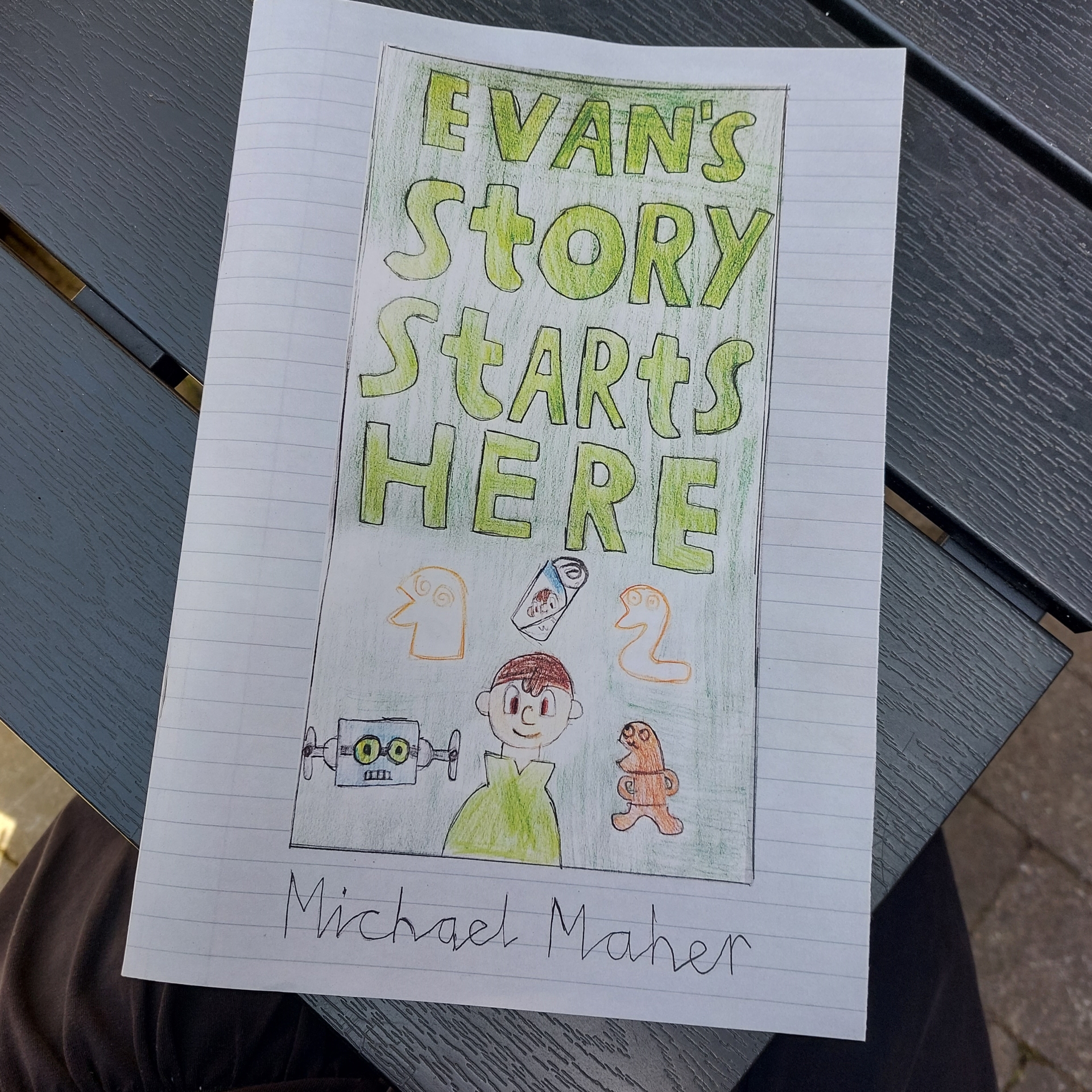 He also gives some advice for budding artists in publishing their own work.

"To kind of just do it and also if they have any old ideas maybe to hold on to them and mix them in," said Michael.
Michael told the Tipperary Star he has received much support from St Cronan’s Association in Roscrea.

The printing company – Factory located in Fivealley, Offaly has also been really helpful.

"Michael was entering an art competition one day, and during that process, he said that his dream wasn’t to win the competition- it was to publish his own comic," said Anne.

Anne knew this would be possible through the Ability Project run by St Cronan's Association and funded by Pobal.

"The Ability Project is aimed at supporting young people to develop their talents and interests through work experience and volunteering.

“During 2022, we will support 18 young people in Tipperary and Offaly to source placements and work towards their goals," said Anne.

Evan’s Story Starts Here is the first book to be published with the support of St Cronans.
Michael says being the first is still unbelievable to him.

"Usually, I forget that I made it and that someone else did it.

“You know I will be kind of the first one to get it," said Michael.

Michael’s agent is his aunt, his sister is his manager, and his little brother is the salesman.

He wanted to say hello in this piece to his family, who helped him along with his book.

"Hello, Mom and Dad and Katrina and all my brothers and sisters," said Michael.

Michael says he has been drawing since he was five or six, and he is also interested in video games and animals.

He has a super collection of chickens.

He joined St Cronans in 2021 after leaving Ours Lady’s Secondary School Templemore. He is also a former pupil of Loughmore national school.

You can order a copy of Michael's comic through anne.strapp@cronans.ie

If any national schools would like to invite Michael to read his comic or meet pupils, he is more than willing to visit as part of his Ability programme.

The Ability project is an important part of the services delivered since it allows people to pursue their passions and interests outside of the day service.

Well done to the organisers and all who participated

What do you think?
ADVERTISEMENT - CONTINUE READING BELOW