Kat Shelley beat ovarian cancer. Now she is sharing her story so others will know the signs 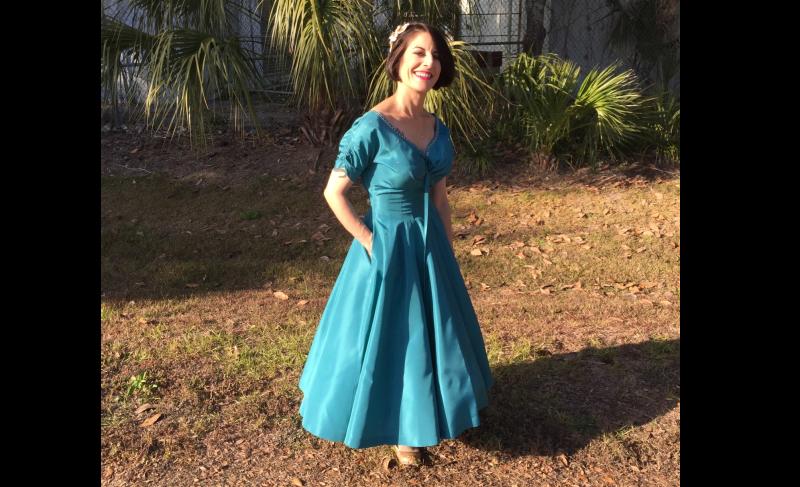 Kat Shelley on her wedding day

In 2017 Kat Shelley, Cloughjordan, was visiting family in North Carolina when she became ill.

She had been off for more than a year with bloating, but now she was experiencing “excruciating pain”, loss of appetite and urgency to go to the toilet.

On her return to Dublin, Kat visited her GP, who referred her to a Gynaecological oncologist.

“That gave me a fright! I never imagined that the symptoms that I was experiencing could be cancer.

“I had been bloated for quite some time, so much so that when I went to try on my wedding dress in November 2016, the fit was uncomfortable. I have been the same size for my entire adult life.

“I thought that maybe I needed to cut down on the drink and that my metabolism was slowing down due to menopause,” said Kat.

Their tests found a tumour, and Kat was diagnosed with early-stage ovarian and endometrial cancer.

“It emerged that an ovarian tumour that weighed more than I did at birth had burst and was applying pressure on my bladder.

It all happened so fast once surgery for a total abdominal hysterectomy took place,” said Kat. Kat also received chemotherapy as part of her treatment.

All of Kat’s symptoms appeared like normal changes to one’s body or lifestyle.

Which is why, for World Ovarian Cancer Day, Kat is sharing her story with the Tipperary Star.

She hopes people will read about her experience and educate themselves on the symptoms.

More importantly, she hopes it will inspire someone to get checked out.

According to the Irish Network for Gynaecological Oncology in Ireland, over 400 women are diagnosed with ovarian cancer annually.

They say most cases occur in women over 50 years of age, and Ireland has the highest mortality rates for ovarian cancer in Europe.

Seventy-five percent of patients present with late-stage ovarian cancer because the symptoms start vague and can be hard to spot.

They also say there is a misconception that a smear test can detect ovarian cancer.

For World Ovarian Cancer Day, the Irish Network for Gynaecological Oncology wants people to think about BEAT which stands for:

According to the Irish Cancer Society, symptoms also include irregular periods or bleeding after menopause, pain during sex and rarely abnormal vaginal discharge or bleeding.

In addition to endometrial and ovarian cancer Kat was diagnosed with Lynch Syndrome.

Lynch Syndrome is a hereditary condition which makes some people more prone to certain cancers like endometrial and ovarian cancer.

It also predisposes a person to bowel, pancreas, stomach, ureter and renal cancers.

According to the MacMillan Cancer Support, Lynch's Syndrome means some people are born with a gene mutation which may lead to cancer.

The mutation doesn't cause cancer, but these mutations can build up over a person’s life.

“I was woefully ignorant of the symptoms of ovarian cancer and the risks associated with Lynch syndrome.

“I did not prioritise my own health and regret not seeking a professional opinion sooner.

If you are experiencing symptoms, don't ignore them as I did and make an appointment with your GP,” said Kat.

There is no reliable test to detect ovarian cancer without symptoms, so there is no national screening programme.

However, according to the Cancer Society of Ireland, there are tests for gene mutations which may be available to some people.

Smear tests do not screen for ovarian cancer.

Kat says she was experiencing symptoms long before she sought help.

She advises anyone who believes something is wrong, however small it may seem, to see a doctor.

“If you are experiencing symptoms, don’t ignore them as I did and make an appointment with your GP.

“If your GP does not take you seriously, get a second opinion.

“You know your own body and if something doesn't feel right, then keep at it. In hindsight, I hadn't felt right for two years,” said Kat.

If diagnosed, Kat says getting support is essential.

“I would advise anyone who has just been recently diagnosed to seek support through cancer support centres, such as ARC Cancer Support.

“I found it helpful to talk with a counsellor during and after treatment.

“Peer support and exercise have helped me immensely. I had to recalibrate what I was able for, but the benefits of walking long distances along the Royal Canal far outweighed the fatigue,” said Kat.

“It’s important for the loved ones of patients to be supported as well.

“My husband was also referred to a counsellor through ARC Cancer Support, and he found that helpful. I wasn’t the only one having a difficult time," said Kat.

Cancer affects many people in many different ways, and the signs are not easy to spot.

The advice from experts and survivors like Kat is clear; if in doubt, get checked out.

For World Ovarian Cancer Day, Kat had this message.

“I’d like folks to become more familiar with the symptoms of ovarian cancer.

BEAT is a handy acronym for recognising the symptoms that I and many others experienced.

I was fortunate to be diagnosed at an early stage. For that reason, I feel that it is vital to raise awareness.”

Well done to the organisers and all who participated

What do you think?

APPEAL: Do you know these men? Two dogs stolen from property in Tipperary