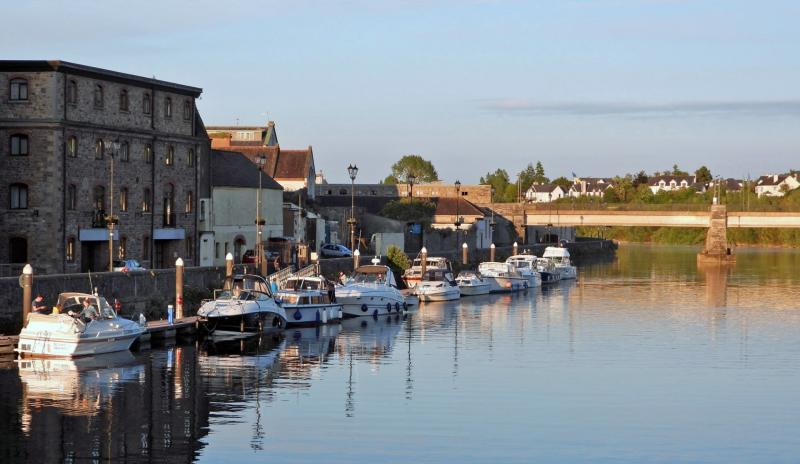 Tom Connery, President of the IWAI’s Barrow Branch, said the council, which operates the marina, should take this step of applying to become one of its members at a recent reception in the Old Mill Pub in Carrick-on-Suir.

The reception was held to welcome a flotilla of 12 cruiser boats that berthed at Carrick Marina during the June Bank Holiday Weekend.

The crews of the 12 boats from the Barrow Branch of the IWAI, sailed from New Ross to Waterford and then navigated up the tidal part of the River Suir to Carrick-on-Suir.

Their visit to Carrick-on-Suir coincided with the Clancy Brothers Music & Art Festival.

The visit of the boat crews was organised by Carrick-on-Suir Development Association and John Diamond from the Barrow Branch of IWAI in New Ross.

Tom Connery spoke on behalf of the visitors who all expressed their delight with the high quality berthing facilities at Carrick Marina. They promised to return to the town before the end of the summer and again next year.

He reminisced about his previous visits to the town going back to 1981 when berthing was located off the bank of the river and ladders were needed to access the bank.

Niall Walsh spoke of the Marina, which was opened in 2005, being a great asset to the town.

“Few people know that it is possible to go by boat from Carrick to Lough Erne in county Fermanagh by sailing down to Waterford then up to New Ross and across the Canal into the Shannon River and then all the way up to Lough Erne,” he explained.

Mr Walsh told the story of how at one of the River Festivals in the 1990s, a man named Ted McKrell came all the way from Lough Erne to Carrick-on-Suir arriving at midnight with barely enough water left to get through the navigation.

The visiting boats departed from the marina on Monday, June 6 and headed back to New Ross with great memories from their visit to Carrick and its people.