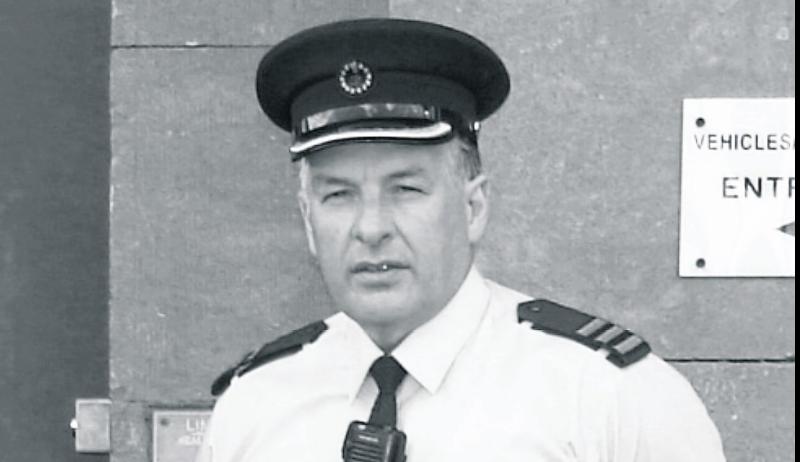 Her father’s death on July 11, 2020, was “needless, violent and totally unexpected,” Audrey McGrath, daughter of Noel McGrath, Tyone, said in her victim impact statement to Nenagh Circuit Court in relation to his death in a fatal hit-and-run.

He was sentenced to six years in prison, with the final 18 months suspended, for the offence by Judge Cormac Quinn.

Charges of failing to remain at the scene of an accident, endangerment, and dangerous driving were taken into account.

They were remanded continuing bail October 4, 2022, to see if they were suitable for the community reparation programme.

“To leave dad and mum injured in their car without calling assistance was a cowardly act. It is almost impossible to comprehend that such a devastating loss occurred because of a spineless and heartless deed,” she said, speaking on behalf of the McGrath family.

Ms McGrath said that no words could truly convey the type of person their dad was.

Mr McGrath was a former Limerick footballer and prison officer.

“To know him was to be in awe of him. He was a giant, not just in the physical sense, but had a giant heart and a giant aura,” she said.

She said that Noel was kind, loyal, funny, intelligent, hardworking and compassionate beyond words. He was selfless and his happiness came from seeing other people happy.

Ms McGrath said that many people had reached out to them since his passing, and one had described Noel as “something special. He was fearless as a chief in charge of a prison, but he was also the most decent human being who took time to be a friend when lads like me were going through some dark times.”

Ms McGrath said that every time they heard a news report about a fatal road traffic collision, it brought back “that sinking feeling and our thoughts are with the victim’s family. Anyone who knows grief will know that it is all consuming, just empty indescribable pain.”

“We lost the best. We have lost so much more than a husband and a dad,” said Ms McGrath. “Dad was the pillar in our family.”

She said they were now left with saying “Good morning” and “Goodnight” to his picture, still staring at it in disbelief that they’ll never get the chance to speak to him in person again.

“This inexcusable incident has altered our lives forever,” she said.

She recalled how her mother, Doris, had been physically affected by the accident, not able to attend his wake and only able to go to his funeral in a wheelchair.

Following Noel’s funeral, her mother had to move in with Audrey’s sister, and this had now become permanent as she was no longer capable of living independently.

“Mum has lost the love of her life and her best friend. Mum and dad did everything together; you would never see one without the other,” said Ms McGrath.

“We will miss dad and mourn him forever. We remind ourselves of how lucky we were to have him,” she said.

Mr McGrath’s son-in-law, Noel O’Reilly said that July 11 was the “day everything changed forever. It is the day I truly understood what the word devastation means.”

He said that the entire world had been “suddenly turned upside down. What happened that day was unbearable, unfair and should not have happened. Doris lost the love of her life and a family was destroyed instantly.”

Mr O’Reilly described Mr McGrath as a sporting man, a keen gardener and a community man.

“People like Noel are not meant to die at the side of the road. My soul is deeply scarred and the scars will never heal,” he said.