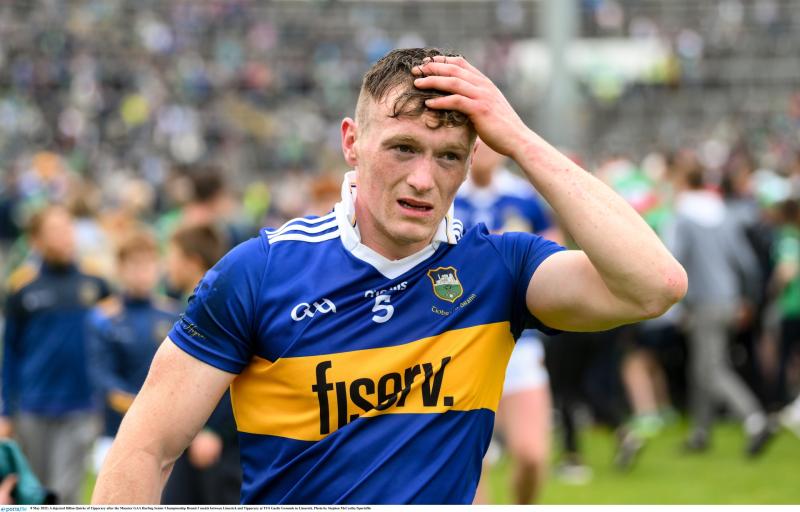 There is widespread shock and sadness throughout Tipperary and the wider GAA family following the announcement of the death of Clonoulty Rossmore hurler Dillon Quirke, who collapsed in Semple Stadium on Friday evening during the FBD Insurance County Senior Hurling Championship tie against Kilruane MacDonagh.

Dillon passed away despite receiving medical attention on the field and en-route to hospital, resulting in a huge out-pouring of sympathy to his family, friends, the Clonoulty Rossmore club and Tipperary GAA.

The popular and much-liked young man had enjoyed a breakthrough year with the Tipperary senior hurlers during 2022 and had made the number 5 jersey his own during what was a disappointing campaign.

CONFIRMED: Tipperary GAA say all games scheduled for this weekend called off

But, he was regarded as one of the green shoots to have emerged from a difficult period for Tipperary with his forceful defending and full-on approach endearing him to the Premier County supporters.

Tipperary GAA has announced that all games scheduled for this weekend are to be called off as a mark of respect. The Board issued a statement on Friday evening saying: "Due to the tragic sad passing of Dillon Quirke from Clonoulty Rossmore, the Tipperary CCC has decided to call off all games under its jurisdiction this weekend. The Committee sends its deepest sympathy to the Quirke family and the people of Clonoulty Rossmore."