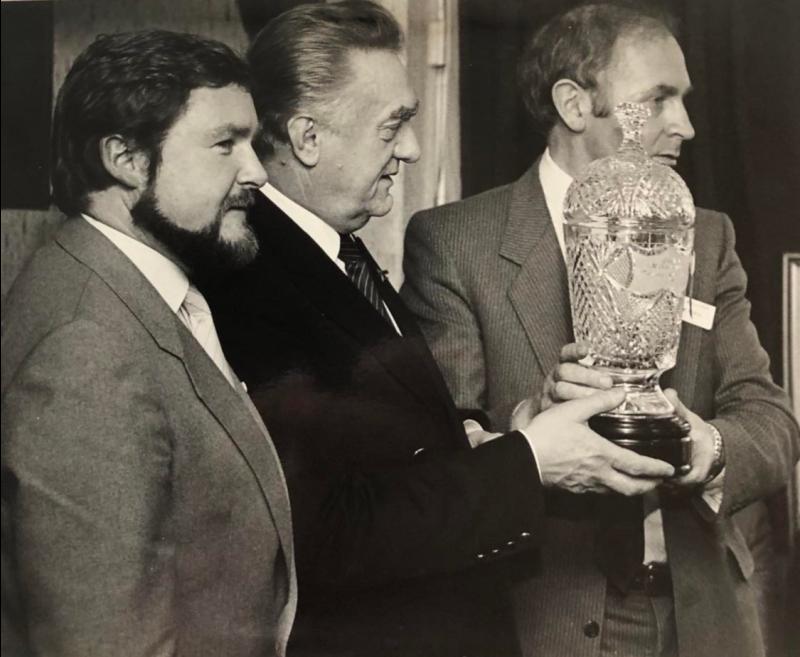 1988 Tipperary Peace Prize winner, Mikhail Gorbachev, has passed away at the age of 91 years. Mr Gorbachev, the last Soviet President, was in power between 1985 and 1991 and helped bring US-Soviet relations out of a deep freeze.

He was the last surviving Cold War leader. He forged arms reduction deals with the US and partnerships with Western powers to remove the Iron Curtain that had divided Europe since World War II and bring about the reunification of Germany. It was for his efforts to bring about the peaceful end of the Cold War which led to him being awarded the Peace Prize.

His life was one of the most influential of his time, and his reforms as Soviet leader transformed his country and allowed Eastern Europe to free itself from Soviet rule.

The Soviet Ambassador to Ireland, Gennady Uranov, accepted the Tipperary Peace Award for Mr. Gorbachev, from Joe Quinn, Chairman of Tipperary Peace Convention, when he visited Tipperary in 1988. Gorbachev later won a Nobel Peace Prize in 1990 for negotiating a historic nuclear arms pact with US leader Ronald Reagan.