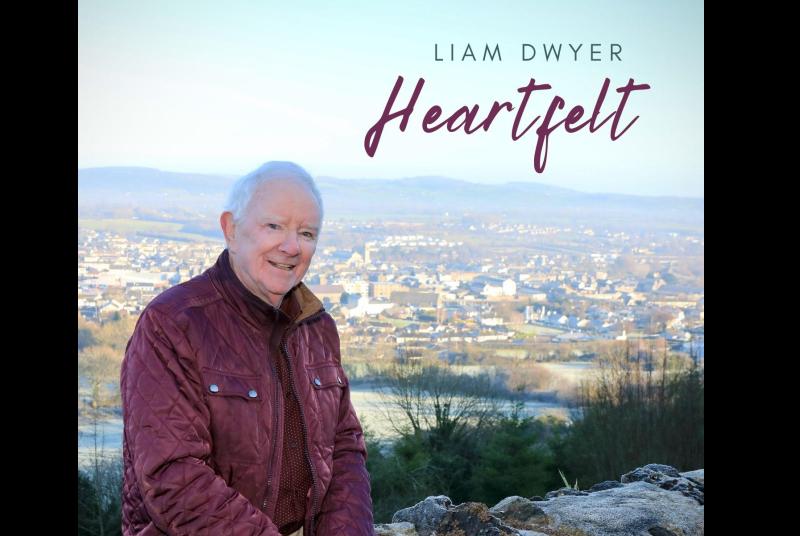 A single from the Heartfelt CD recorded by former Carrick-on-Suir showband lead singer and stroke survivor Liam Dwyer is among the most popular songs on many radio playlists around the island of Ireland and in the UK at the moment.

Annie, a poignant song about emigration, sung by the 77-year-old singer on the album of folk, country and pop songs, is featuring on the playlist charts of most requested songs on country music and local radio stations around the country and in Northern Ireland and on radio stations in the UK that cater for Irish expat audiences.

And the song is also being played on radio stations as far away as the United States, Canada and Australia. 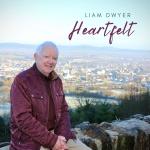 Annie was composed by Liam’s great friend and fellow Carrick-on-Suir man, the bass guitarist Stephen Travers, one of the survivors of the horrific Miami Showband massacre in 1975 at the height of the Troubles.

It’s one of two original songs composed by Stephen that Liam sings on Heartfelt, which was released in March and is on sale in several local shops.

Stephen said the song has even been played on radio stations in Australia, the US and Canada.

“It’s just going really, really well. It has caught us by surprise,” he told The Nationalist. “It’s proving to be very popular with emigrants. People say it reflects their life story.”

Liam from Ard Mhuire, is also bowled over by the burgeoning success of Annie and says he has received great public reaction to the song’s video, which is now available on YouTube to view.

The YouTube video to go with Annie was created by Northern Ireland based Tracy Dempsey, who did the art work for the Heartfelt CD cover.

The Comeragh Mountains and Rock of Cashel are also featured in the video.

Many of the photos in the video were taken by Carrick-on-Suir photographer Tom Grace.

Liam, a former Independent councillor, quipped that the video was bigger than the IDA at promoting Carrick-on-Suir and county Tipperary.

He paid tribute to Ms Dempsey for her great work on the video and also music PR Debbie Dowler for promoting Heartfelt and the Annie single to radio stations throughout the country and abroad.

And he thanked all the radio stations that have played songs from the Heartfelt CD.

Liam recorded Heartfelt after battling back to health from a serious stroke he suffered 11 years ago that initially left him barely able to speak and with little movement on the left side of his body.

He said he first listened to Annie being performed about 10 years ago and remembered thinking it was a song that would suit him due to the sadness of its lyrics and theme. I thought Jesus if I got a hold of that song, I would do some job with it.

“A song that has a little sadness in it; that is right up my alley. I will go into the song and live it like this happened to me.”

Stephen recalled that he wrote the lyrics for Annie back in 1982, the year he and his wife, who the song is called after, emigrated to the UK. A few years later he composed the melody with Gerry Browne, a brother of Eurovision winner Dana.

“It was always a song that meant something to people especially emigrants. I think every emigrant worries when they go away that they will never come back home again. That was the case for a lot of people years ago; they never came back, though now it’s different.”

He said Tracy Dempsey volunteered to create the YouTube video to go with Annie because she was so impressed by the strength of will Liam has shown in overcoming the stroke he suffered.

“Liam is inspiring to us all. I well remember going to see him when I got the call that he had a stroke. He could hardly move.” Stephen said Liam was “like a new man” since releasing the Heartfelt CD.

He pointed out that Tommy Sands, one of the world’s great folk singers who was a friend of the Clancy Brothers, sent him a message after listening to Heartfelt praising Liam’s performance and describing the CD as one of “the most honest” he ever heard.

The Annie single from Heartfelt can now be viewed on YouTube while the Heartfelt CD costs €12 and is on sale in SuperValu and The Cabin in Carrick-on-Suir and Golden Discs in Clonmel. Part of its sale proceeds go to Dementia Ireland.