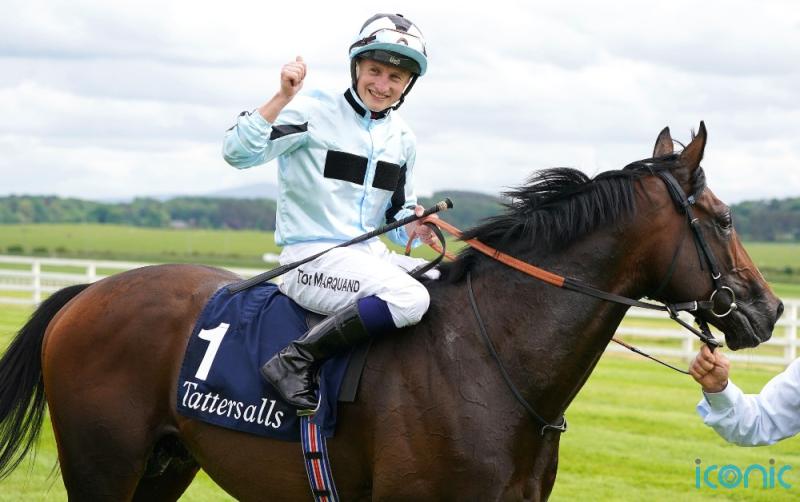 A week out from the Coral-Eclipse and Tom Marquand has high hopes for a big run from Alenquer – with proven course form a definite plus.

The William Haggas-trained colt announced himself as a talented performer when landing last season’s Sandwn Classic Trial, where he had subsequent Derby and King George hero Adayar half a length back in second place.

Alenquer himself went on to win at Royal Ascot and chase Mishriff home in the Juddmonte International, and this year he broke his Group One duck with victory in the Tattersalls Gold Cup at the Curragh.

That form has worked out well, and Marquand said: “The Coral-Eclipse is not an easy Group One by any means and being realistic he probably has to take another little step forward, not a leap, but there is no reason why he shouldn’t.

“Sandown is a beautiful track and it will be fair ground as they do a great job there. It is a stiff 10 furlongs there and he has won his Group One over a stiff 10 at The Curragh.

“The form of his Group One win at the Curragh has worked out well with State Of Rest coming out winning the Prince of Wales’s at Royal Ascot and Broome winning the Hardwicke.

“While that is not a life changer it is a bonus to see it all falling into place the coming weeks afterwards.

“We have a couple of strings to our bow in the fact he loves Sandown and that the stiff finish there should suit him perfectly again.

“We know he loves a fight which at Sandown if you want one at your side when they come to the furlong pole snapping at your heels you would want him.”

He added: “Ireland went a lot better than I could have planned. Ryan (Moore on High Definition) went a good gallop to drag the stamina out of Lord North and played it towards us.

“He was really tough that day and he stayed the stiff mile and quarter at the Curragh well and he had to tough it out at the end.

“I wouldn’t say we saw a new Alenquer at the Curragh, just a little bit of a stronger version of him. To be honest, it was what we thought was always there.

“I was convinced his Group One would come over a mile and a half but it was great that it came over 10 for his future prospects after he finishes racing.

“I’m delighted that he got his Group One early on in the year with hopefully more to come.”