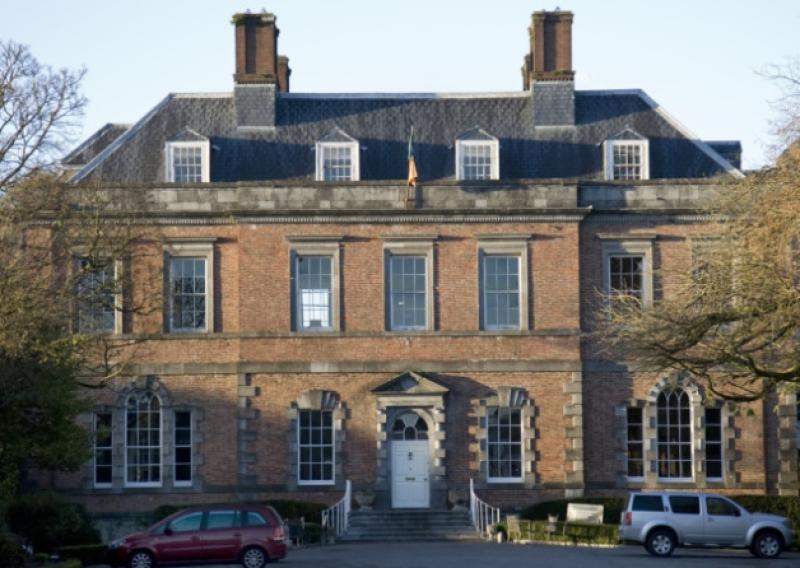 Monday was a bleak day for Cashel as one of its most cherished instutions, the Cashel Palace Hotel, closed its doors.

Monday was a bleak day for Cashel as one of its most cherished instutions, the Cashel Palace Hotel, closed its doors.

Closure of the historic and tourist landmark at the heart of the town is a devastating blow for Cashel and in particular for the dedicated staff and their families and the owners, the Murphy family.

The thirty two full and part time staff received notice to attend a meeting at the hotel at 10.30am on Monday morning.

The staff, who feared the hotel may have to close for a month in January, were heartbroken to be told by the owners and managers Pat and Susan Murphy that the hotel was to close with immediate effect.

“It was like being at a wake. Everybody who worked there felt like part of a family. Most of the staff have been there a long number of years, there are husbands and wives on the staff, people from other countries who have made Cashel their home. It is heartbreaking for everybody,” said Cllr. Tom Wood who was present at the announcement.

He said the staff had great repect for the owners who they knew had done everything possible to save the hotel and knew they had been under enormous pressure recently.

“The staff had great time for Pat and Susan, who have a young family themsleves. This is cruel on everybody involved. There were a lot of tears and one of the longest serving staff members Denis Heffernan sang ‘Cashel My Home Town’. It was very emotional for everybody,” he said.

“Every picture, every corner, every room, was different unlike other hotels where everyting is the same. It was unique. It had a very special character and atmosphere that people loved and it was held in great affection by the people of the town,” he said.

cllr. Wood, who lives opposite the hotel, said it was difficult to look across and see everything in darkness.

“It’s the saddest site. I’m looking across now at the hotel in totel darkness when normally you would see the beautiful building lit up with lights and be able to see a wonderful Christmas tree in the reception.

This hotel was at the very heart of the town, a focal point and a hugely important aspect of the social, economic, historic and tourism story of the town,” he said.

“People from all over the world enjoyed that special atmosphere whenever they visited the hotel, they loved the history of the building, the character of the surroundings, the homely service provided by dedicated staff and of course the gardens and the natural link to the Rock of Cashel,” he said.