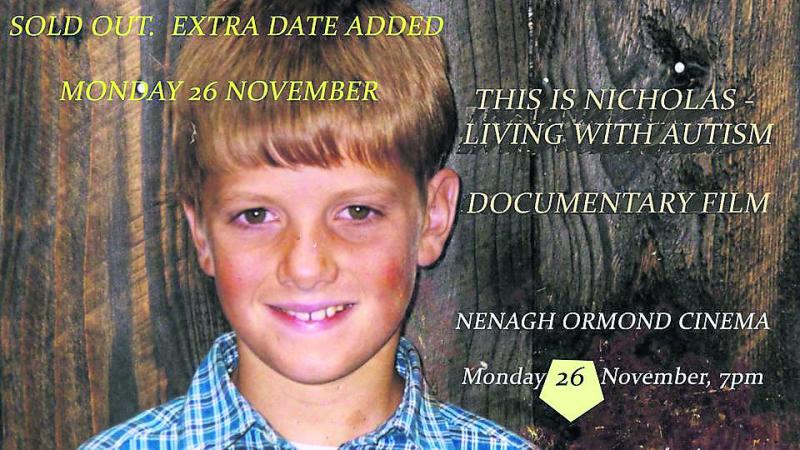 A Tipperary filmmaker has stepped out from behind the camera to become the focus of his latest documentary.
Cloughjordan based filmmaker Nicholas Ryan-Purcell has released his latest project This is Nicholas -Living with Autism which explores his own life of living with Aspergers Syndrome.

Nicholas, who was diagnosed with Aspergers in 2003, grew up in the village of Emly in West Tipperary before moving to Cloughjordan with his family in 2006.

After completing his Leaving Certificate in Nenagh CBS, Nicholas enrolled in Ballyfermot College of Further Education graduating with a Higher Diploma in Television Operations and Production in 2012.

Once finished college, Nicholas decided to set up his own production company, where he began producing corporate videos. In 2016 the talented young filmmaker received widespread critical acclaim for his debut documentary Against the Odds portraying the fascinating life story of the Irish champion race horse Gordon Lord Byron which earned him two accolades at the Hollywood International Independent Documentary Awards.

For his latest film, Nicolas chronicles his experience of living with Aspergers, a battle with depression following the death of a close friend and the invaluable support of his family, teachers and neighbours.

The film received its worldwide premier in Manhattan last month in conjunction with NYC Mental Health Film Festival.
An initial screening of the documentary in Nenagh Ormond Cinema was completely sold out last week leading to an extra date being added for Monday, November 26 at 7pm. The film will also be screened at the Excel Theatre, Tipperary town on Thursday, November 22 at 8pm.