On Thursday, August 22 next at 6.45 pm, a guided tour of the famous Glenkeen graveyard will take place. This venture is being undertaken by Ormond Historical Society in conjunction with TiDR (Tipperary in the Decade of Revolution).

Glenkeen is one of the oldest and most historic graveyards, not only in Tipperary but throughout the entire country.
The oldest memorial to be found there dates from 1632.

The history of Ireland, from the assimilation of the Norman ascendency, right up to the foundation of our State can be traced through the inscriptions on the monuments.

Also dealt with are items such as the priest in days of Penal Laws, the Great Famine, the Fenians of 1867, the dead and survivors of World War 1, the history of four different Irish police forces, the expulsions of the white Russians during the Revolution, links to 1916, the first woman to chair a municipal authority, the decimation of families caused by the curse of TB, the link to Winston Churchill’s wartime cabinet, the government minister of the early days of our independence.

The stories are many and varied.

Why did every shop and business in Thurles, Templemore and Borrisoleigh close on the day that a certain gentleman was buried in Glankeen? 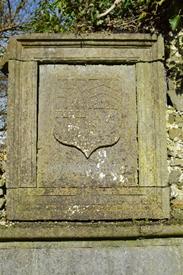 Who was the man that had one hundred soldiers march behind the hearse from Thurles to the graveyard on the day of his funeral?

What is the connection between one man buried there and the soldiers at Dublin’s Linen Hall barracks dissatisfied with the strength of the porter in the barrack’s canteen?

All of these and much more beside are documented in stone within the walls of this historic resting place.

Also to be found, is some rare and unusual iconography and an association with Patrick Kerrin, the “Michael Angelo” of Ireland in the mid 1600’s.

This tour is one of many similar events that are taking place nationwide as part of Heritage Week.

There is no charge or admission fee and John Flannery of Nenagh and Ormond Historical Society, will act as guide for the evening.