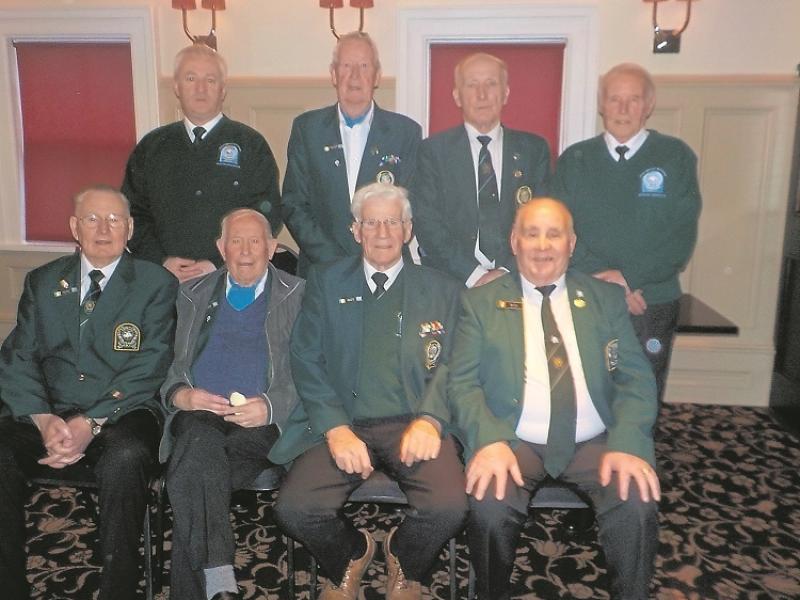 The Post 18, Irish U.N. Vets Association, North Tipperary, AGM was held in the Hi B in Nenagh on Sunday week last.
Opening the meeting Secretary, Jim Hough thanked the members for their attendance, and informed them that the chairman, John O’Meara, sent his apologies as he was unable to attend due to illness.
Jim spoke at length on John’s contribution to the post and the association over a twenty-year period, as post chairman and national delegate. John was the man who rallied the troops when it came to parades, ceremonial or otherwise, also in the important area of fund raising.
Continuing he said John was fully committed to the aims and objectives of the association and on behalf of the members extended best wishes to John and his wife.
The secretary told the meeting of his concern for the future of the post due to the age profile of the members and other factors. He said we were now at a point where the post is unable to participate in parades and other functions in a meaningful way, and fundraising projects will have to be greatly reduced.
Sadly, we are unable to attract new and younger members and therefore we must accept the reality of the situation we find ourselves in.
The secretary acknowledged the wonderful support the post received at church gate collections last year. Jim extended condolence to those families who suffered bereavement during 2019 be they members of IUNVA, ONE and Defence Forces, and in particular to the wife and family of the late Joe Mitchell, Nenagh who died recently, followed by a minute’s silence.
In conclusion the secretary thanked the members for the way they supported our Association over the past twelve months and wished them and their families a peaceful new year.
Post president Pat Skehan and vice chairman, Michael Power also contributed to the meeting.
The secretary and treasurer presented their respective reports and these were adopted, there was no changes to the top table.