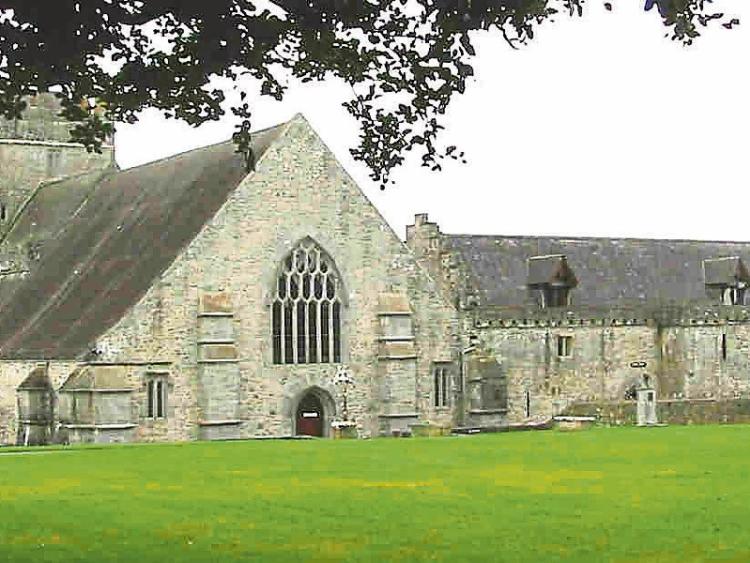 The very successful 'Talks from the Abbey' series of programmes which have been running for the last six weeks at 8:00pm live from Holycross Abbey, came to an end this week following a very fruitful run.

The concept, devised collaboratively by Holycross Ballycahill GAA Club and the Le Chéile local health and wellbeing group in the parish, was a unique one which involved the live broadcasting of interviews with local people, and musical entertainment from the empty Abbey on each Tuesday evening. The aim was to bring a bit of light hearted, interesting and informative material from the local community, to the local community. And, thanks to the generosity of spirit of PP, Rev Fr Celsus Tierney and his Abbey team, the streaming services of churchservicestv were used as the broadcasting platform.

The reaction was overwhelmingly positive and people from all over Ireland and much further afield logged on each Tuesday for 40 minutes of chat from their local parish - the show was viewed as far away as Zambia, the USA and Australia thanks to the world wide web.

The guests included Claire Stakelum and Bryan O'Mara; Jimmy Burke and Diane Lacey; Richard Quinlan and Patricia O'Dwyer; Michael Long and Kathleen Flanagan; Paddy Byrne and Mary Caesar; and Fr Celsus Tierney and Ann Gallagher. Their stories were very different and the themes they touched upon during the course of the interviews very relevant.

The organisers ensured that everybody involved were safe and separated with masks worn and social distance observed at all times - this was a main priority for the staging of the programmes and it worked out very well indeed.

While this series has come to and end, there are plans to hold similar series at a later stage and all suggestions would be welcome - just make contact with any of the organisers to have an input.

If you happened to miss any of the programmes they are all available now on www.churchservicestv - just key in Holycross Abbey and go to the recordings section. The links are there and can be downloaded and sent to anyone who may have an interest in them.