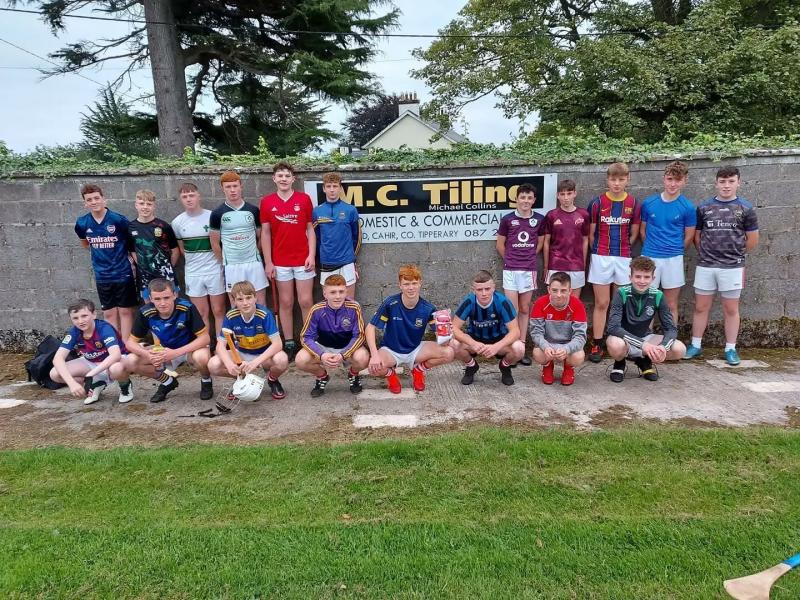 Galtee Roverscame out victorious with a very commanding victory in what was a keenly contested final with some fine hurlers on both teams.

Played to a high standard the game started with a flurry of scores with the team's level on four occasions. Galtees Eoin Halpin and Bill Quirke both had two points with Cillian Hackett getting the fifth. While Evan Hickey pointed two with Sam McGrath hitting three Combo points. Both teams had failed attempts on goal.

Good Eoin Halpin play, and a perfect Bill Quirke pass set up Jack Crowe to net. Points from Bill Quirke and Eoin Halpin extended the Galtee lead. Cian O’Dwyer, Conal Grogan and Evan Kennedy ensured the South challenge struggled until Evan Hickeys inspirational goal on twenty-two minutes. However, they failed to back it up as Bill Quirke produced two more quality points from distance. With the half drawing to a close a big moment in the game.

Then came a big moment when a chance denied at one end the South men moved the ball forward resulting in a close in free which was fired for a goal, flashed wide . Three combo wides in a row were compounded by two more Eoin Halpin points leaving the halftime score 1-12 to 1-06.

Against them Jack Crowe and two Eoin Halpin scores kept the gap at five. Robbie McGrath wind assisted helped the Galtee boys find another gear drawing fouls. Halpin knocked over three of those frees to once again put six between them at the water break. Right after the break the lead was extended, Jack Crowe point followed by a brilliantly improvised touch and scooped goal for Halpin.

Then when jumping for a ball Jack O’Brien came down awkwardly. Every effort by both sides was made to keep Jack comfortable best wishes to him from all. His teammates showed great character pushing to the final whistle. Evan Hickey’s goal typified that approach. The Galtee boys wouldn’t be stopped justifying the decision to stay on their own at the start of the year.

Chairman Tommy Landers congratulated both teams for their efforts, thanked Kieran Barrett and Rockwell Rovers for making the game possible. He presented the trophy to a very proud and deserving Captain Cian O’Dwyer.

Alongside the new Junior Infant children, the school staff welcomed six children to the ASD Class

Who should be the next Tipperary senior hurling manager?