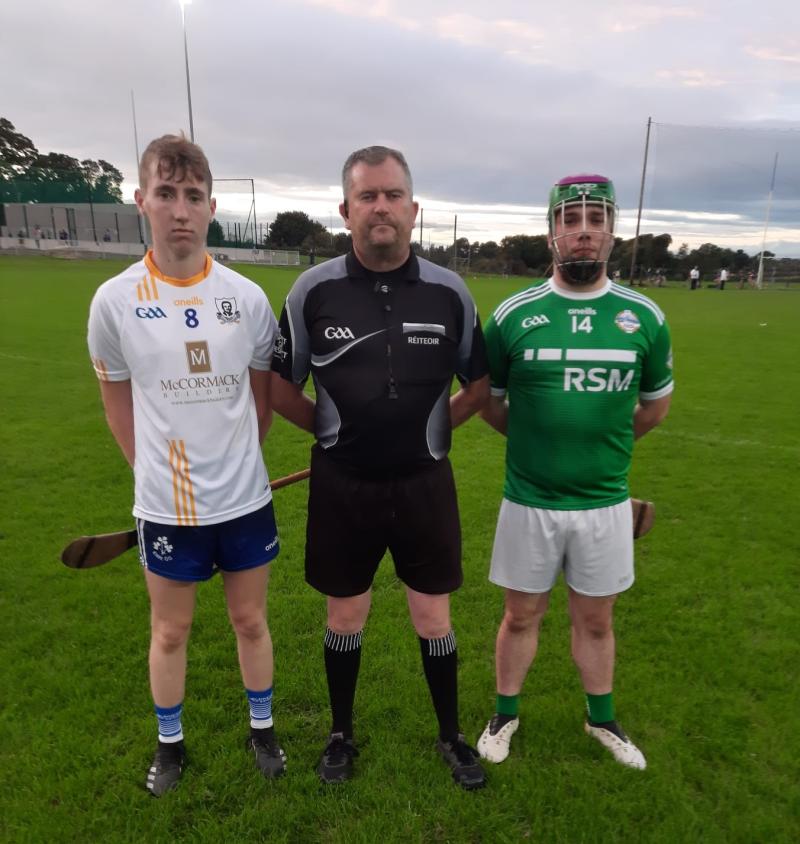 The Eire Og / Sean Treacys combination emerged victorious from the inaugural Bewleys West Under 19B Hurling Championship Final, played at New Inn on Wednesday night. This was a very exciting game throughout, with the combo finishing the stronger over the last quarter, outscoring their opponents 1-7 to 0-2.

They were stronger in most departments with a greater range of scorers, four in total, while Golden had to rely on the accuracy of Ben Currivan, who contributed all of their scores, with 1-13 coming off placed balls.

The combo opened the scoring with a Cillian Kennedy point after four minutes. Three minutes later Paudie Bradshaw, their top scorer, got his first of the night from a placed ball.

Cillian Kennedy doubled his tally, before three points from Ben Currivan tied the sides after twelve minutes. The combo’s first break came fifteen minutes into the game, when Paudie Bradshaw goaled from the penalty spot to leave them ahead at the water break, 1-4 to 0-5.

Cillian Kennedy hit his third on resumption and then following a good move down the stand side of the field, Eoin Sheldon got in for goal number two at the village end, while Cian Ryan added on a point from open play. This stretched their lead out to seven and Golden looked in trouble, especially as their forwards were having difficulties making inroads to the combo defence.

However, they rallied and their defence were coping well, with Brian Marnane, Jack Dalton and Cian Ryan to the fore. Currivan kept the scoreboard ticking over with four points from placed balls and also converting a penalty on the stroke of half time, to leave two points between the sides, 2-8 to 1-9.

Golden introduced Jack Leamy at the break, but he was forced to leave the field with a recurring leg injury after ten minutes., but not before he forced an excellent save from keeper, Ailbe Ryan. Paudie Bradshaw stretched the combo’s lead out to three within two minutes of the restart.

Golden upped their game and played their best hurling during this third quarter, with Ben Currivan hitting four unanswered points to put Golden one up at the second water break, 2-9 to 1-13.

The superior strength of the combo told in the final quarter, as a tiring Golden were forced into conceding frees, and with Paudie Bradshaw in excellent form, the gap began to widen.

Cian Ryan and Cillian Kennedy added to their night’s tally and as the game headed towards injury time Cillian Kennedy got in for goal number three to wrap up a thoroughly entertaining contest. Golden, to their credit, never gave up as the game slipped away from them in that final quarter and in the end had to settle for second best to a better team on the night.

Traffic figures for June a cause for concern