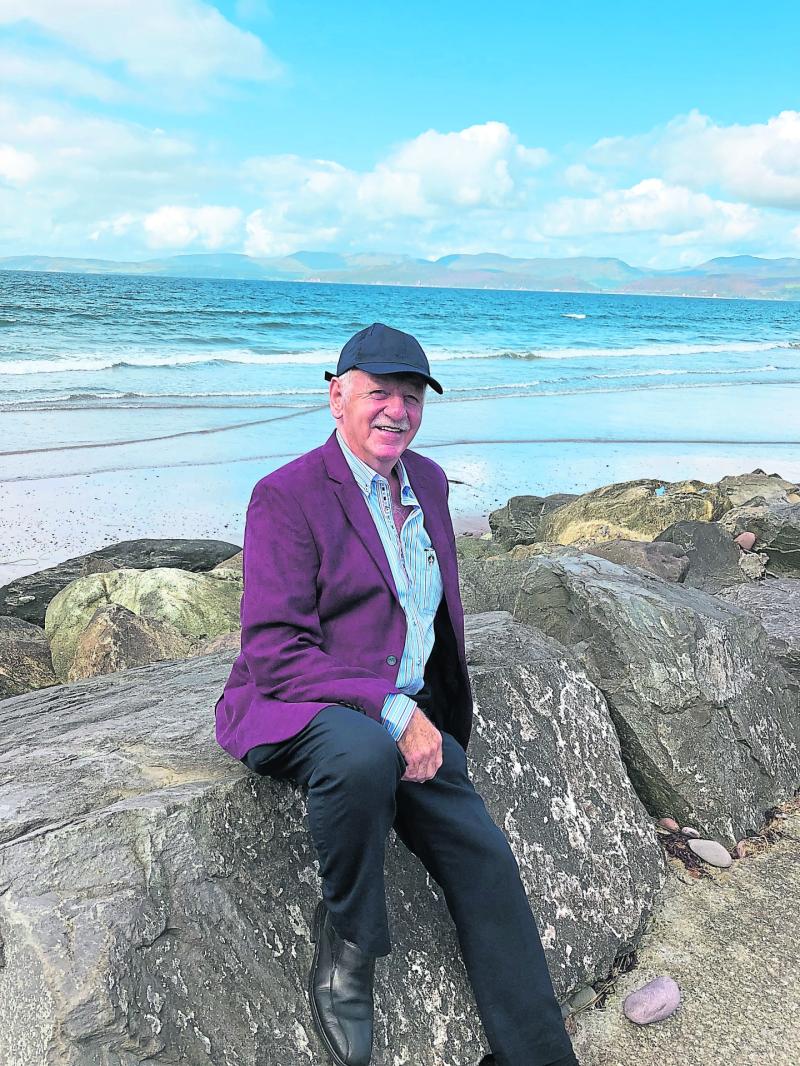 A native of Templemore, Joe was the fifth of seven children born to Tommy and Lil Gleeson ( nee Gill ) on September 22nd 1944.

The eldest two, Murt and Peggy began life on Barrack Street before the family moved to their new home at No. 4 Lacey Avenue in May 1939.

Tom and Charlie were added to the family before Joe’s arrival and were followed by twins Paddy and Carmel, Sadly Carmel died as an infant. Like all young boys Joe attended the local primary school and was involved in all things local. But as many of his ilk did at the time Joe took the boat for England and for the next 60 years he made it his home.

He met and married Anne Riordan from Glenbeigh in Co.Kerry and their marriage bore two daughters, Amanda and Tara. Joe also actively participated in many aspects of London City life.

An Irish friend who also lived in London commented that “the warmth, kindness and laughter you met in Joe and Anne’s home in Hanwell was just like being back in Ireland”. He retained a dear love for his native sod and kept in touch on a daily basis with his favourites - Irish Television, the Irish Independent and the Joe Duffy show.

He had many friends in London and Ireland who also kept him up to speed with events back home. Biddy O’Gorman and Dan Ward in the Templemore Arms Hotel, his closest neighbour Noreen Maher, Nollaig Foley, Eddie Moran, Kevin Marnell, Jimmy Doran, Sean O’Shea and Ronan Loughnane were all in regular contact and Joe greatly appreciated their contributions.

He also loved to get the Templemore, Clonmore, Killea Annual Review book in recent years along with any other publications of local interest. People and places were Joe’s main topics of interest. He loved meeting people and had a lovely way them.
He always seemed to get on well with everybody. He loved his family very dearly and as part of his love for places he enjoyed his trips around England and his visits to see them in Ireland, and in particular Glenbeigh, Killorglin, Dublin, Blessington and of course Templemore.

O’Brien’s in West Ealing was another favourite where Joe mixed with the many friends he made in London. He also had a soft spot for the island of Jersey where Anne and himself celebrated their 25th wedding anniversary.

His last visit to Ireland came in 2018 when he met with brothers Murt and Paddy and they had a lovely stroll around the old town recalling families and friends who lived in the various houses when they were young.

Music, song and hurling were always to the fore in Joe’s life with his trip to the All-Ireland hurling final in 2010 being one of the most enjoyable sporting occasions of his life.
A proud and loyal son of Templemore and Tipperary Joe will be sadly missed but very lovingly remembered by all that knew him.

Joe was pre-deceased by wife Anne, his brother Charlie and his sister Carmel and is survived by his daughters Amanda and Tara, adored grand-children Erin and Lily, brothers Murt (Dublin), Tom (Keswick) and Paddy (Blessington), sister Peggy (London), Malachy and Mark, sisters-in-law Peggy Sweeney and Bridie Gleeson, and niece, nephews, godchildren, extended family and a large circle of friends in both Ireland and England.

Joe’s funeral Mass took place in Our Lady and St Joseph’s Church Hanwell followed by cremation at Mortlake Crematorium. The family will be arranging Masses in Templemore and Glenbeigh in the New Year. May his gentle soul rest in peace.