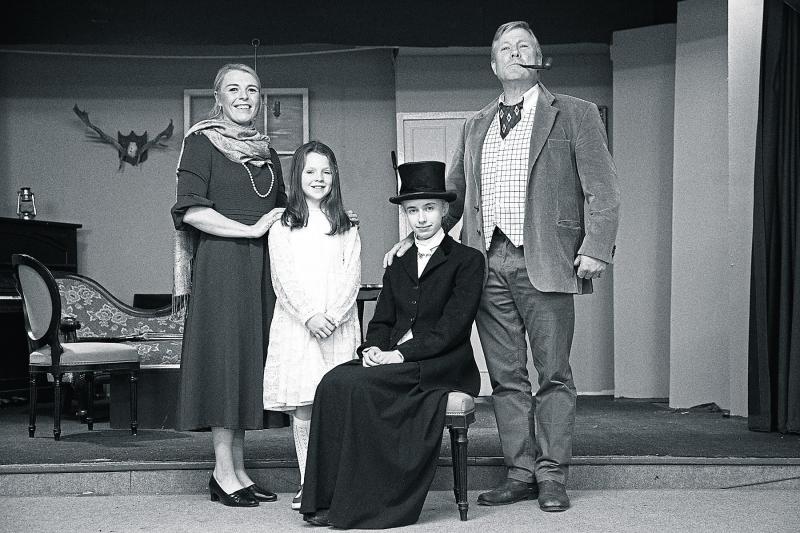 Pictured rehearsing for the ‘Year of 21’ to be staged at three different venues during October were are Debbie Duggan, Pat Egan, Grace Egan and Lilly Clancy

‘The Year of 21’ production is directed by Anne Williamson and written by Brian Clancy.
Grounded in real events that occurred towards the end of the War of Independence, this story explores how the loyalty and love of neighbours and friends are tested to the limits in times of extreme political violence.
The play also endeavours to imagine the voice of those who were on the wrong side of history at this time and to explore the emotional reactions of those who were indirectly affected by the violence.
On the 100th anniversary of the war, the themes of love, betrayal and profound loss are all relatable to a modern audience.
The Fionn MacCumhaill Players will stage "The Year of 21" written by Brian Clancy in Mullinahome Community Hall on Thursday, October 14 at 8 pm. Some tickets available locally contact Eugene at 087-2948231.
The play will also be staged at The Watergate Theatre in Kilkenny on October 15 (booking 056-7761674) and at The Source Theatre in Thurles on October 22 (booking 0504-90204).