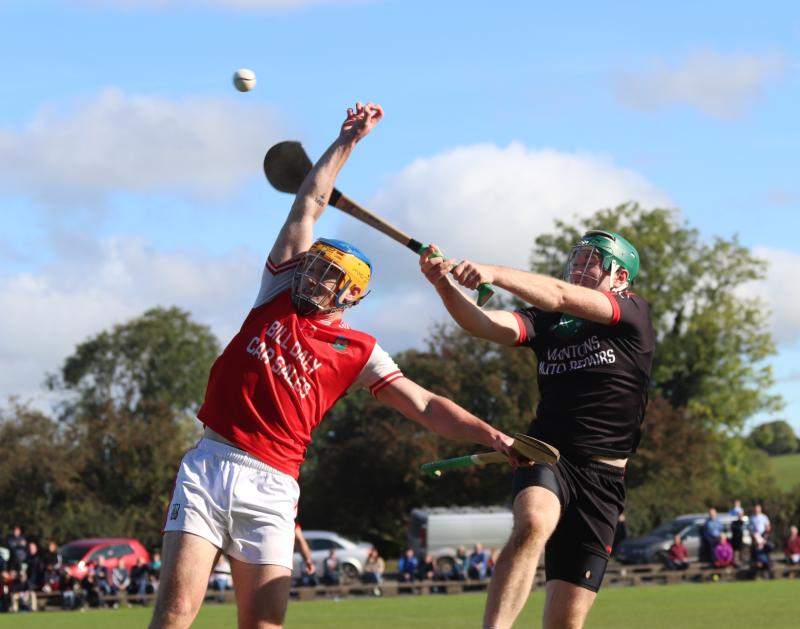 Galtee Rovers claimed a first Gleeson Concrete West Junior A Hurling Championship title since 1999 with a two-point victory over Cashel King Cormacs in Golden on Sunday afternoon. Played in ideal conditions, Jim Quirke’s second quarter goal proved the difference between the sides at the final whistle. Galtee Rovers twelve months ago came through the relegation trap door but are now just two wins away from a straight return to the Intermediate ranks.
Rovers aided by the free taking of Tony O’Brien who finished with nine points from placed balls were strong in most sectors of the field in what was an all-round team performance with their defence ably marshalled and led by Conor O’Sullivan and Shane Power down the middle, limiting the Cashel attack on numerous occasions during the sixty minutes. Shane Egan was on top in midfield getting vital scores while Tony O’Brien put in a huge shift in the half forward line. But it was their team effort that was most striking in their performance as they hunted in packs when required and willing to put their bodies on the line to ensure victory.
The opening quarter was a fairly even affair with the sides level 0-3 a piece at the whistle. Tony O’Brien had Galtee’s two to the good by the seventh minute with his accuracy from placed balls. Cashel on the other hand were struggling to round the Galtee defence. While winning the diagonal the Cashel forwards they struggled to round the Galtee defence or get a clean strike on goal. Adrian Cummins got them off the mark with a pointed free in the eight minute and doubled his tally with the game’s opening score from play in the tenth minute. Both sides struggled to get a foothold but Cashel led for the first and only time as the quarter was drawing to a close – Johnny Walsh came out to take a free but instead of shooting for the posts he found Jaymes O’Sullivan unmarked and he duly obliged. Again, Tony O’Brien obliged from a placed ball to tie up proceedings 0-3 apiece. 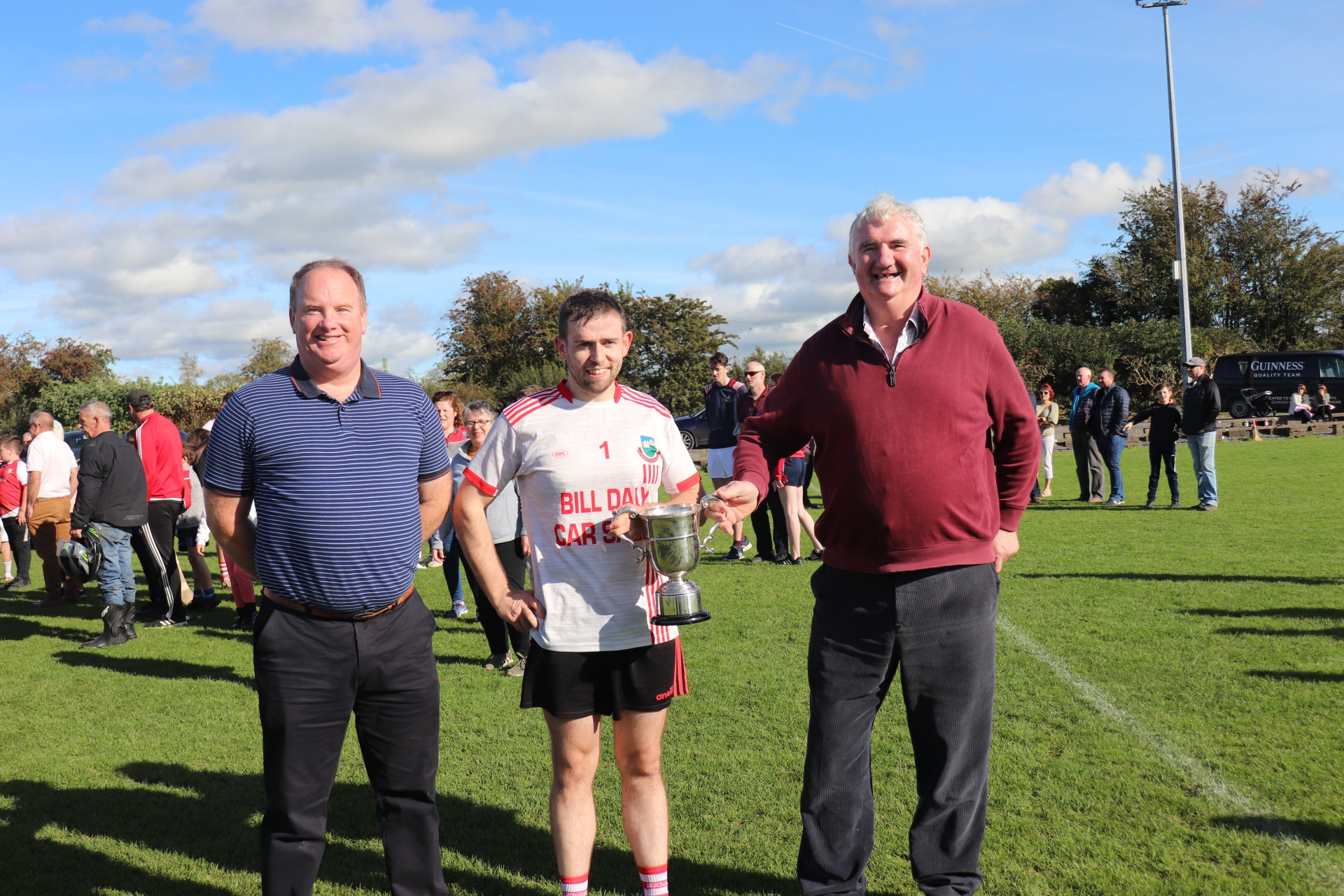 Three minutes after the resumption Galtee’s got the all-important goal. Shane Power’s long ball into the square was eventually collected by Jim Quirke following a ruck and he kicked the sliotar to the net. Cashel were struggling between the posts but Galtee’s now put daylight between the sides with points from Tony O’Brien and a first from Shane Egan from long range. The game looked to be going from Cashel’s grip but to their credit they didn’t wilt. Adam Skeffington was strong in defence while Michael K O’Dwyer, Adrian Cummins and Colin Ryan were working hard in attack. Points from Michael K O’Dwyer and Adrian Cummins (two placed balls) cut the deficit to two points. Galtee’s though continued to cause problems and Cashel’s indiscipline was punished further by points from the in-form Tony O’Brien. Galtee Rovers ahead 1-7 to 0-6 at the break.
The scores in the second half were at a premium. Both free takers were off the mark but it was the twelfth minute before the half’s first score from play through Colin Ryan. With Galtee Rovers struggling from open play it was midfielder Shane Egan who was having a big influence as the game proceeded pointed from play in what was a badly needed score for Galtee Rovers. Tony O’Brien added another point from a placed ball to see Galtee Rovers lead at the water break 1-10 to 0-8.
In the final quarter Cashel twice brought the gap back to two points with Adrian Cummins, Colin Ryan and Michael K O’Dwyer all on target. Tony O’Brien’s pointed free five minutes from time would be their last but they put their shoulder to the wheel to get the over the line continually distorting the Cashel attack. Both goalies were called into action with Johnny Walsh denying what would have been a winning goal while Cashel forced Eoin White into action in a bid to get what would have possibly been a winning goal at the depth. In the end Galtee Rovers held out for victory and a place in the County semi-final against the South Champions.
Afterwards Michael Ryan C, Chairman of the West Board presented the Dr. Hickey Cup to Galtee Rovers captain Eoin White, in the presence of Michael Gleeson (Gleeson Concrete).
Scorers and Teams
Galtee Rovers: Tony O’Brien (0-9f), Jim Quirke (1-0), Shane Egan (0-2)
Cashel King Cormacs: Adrian Cummins (0-7, 0-6f)), Michael K O’Dwyer (0-2, 0-1f)), Colin Ryan (0-2), Jaymes O’Sullivan (0-1)
Galtee Rovers: Eoin White, Peter Carroll, Conor O’Sullivan, David Harold Barry, Eric Grogan, Shane Power, Sean Daly, Kieran Marnane, Shane Egan, Kevin Power, Tony O’Brien, Tony Egan, Daire Egan, Jim Quirke, Stephen Moloney
Subs used: Robbie Byron, Niall Daly, Eamon Quirke
Cashel King Cormacs: Johnny Walsh, Conor Devitt, John Darmody, John Gaffney, Adam Skeffington, Dylan Fitzelle, Padraic Brosnan, Adrian O’Dwyer, Pat Muldoon, Michael K. O’Dwyer, Jaymes O’Sullivan, Adrian Cummins, William Fitzelle, Colin Ryan, Tomas Skeffington
Subs used: Daniel Bowes, Michael McDermott, Robert Anglim
Referee: Donnacha Horan (Eire Og Annacarty Donohill).

Below: The victorious Galtee Rovers/St Pecaun's team and mentors celebrate with the cup after their West final win over Cashel King Cormacs. Pic: Liam Bergin 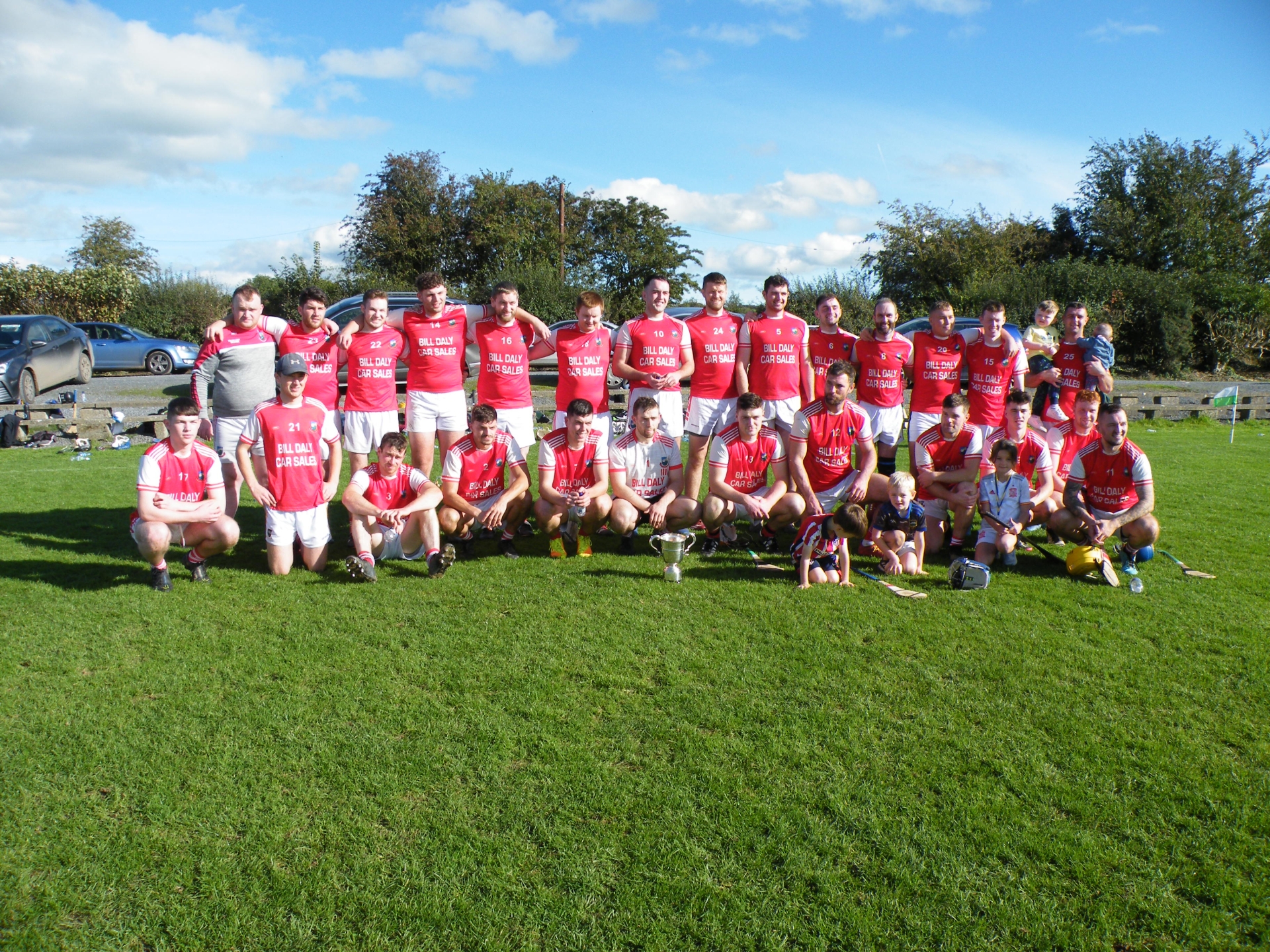