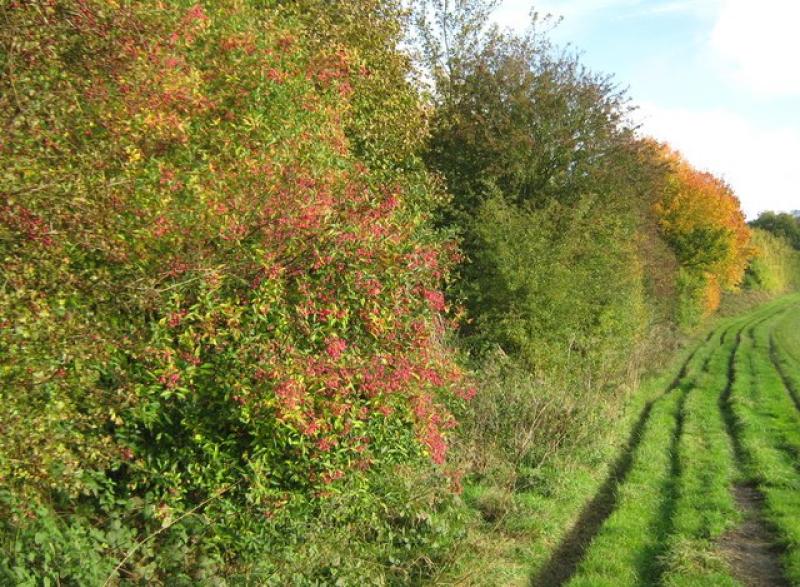 Ireland’s hedgerows are “hiding in plain sight” and their unique values have been overlooked in the new CAP proposals say Hedgerows Ireland a Tipperary based group who maintain that there is a potentially massive ‘Win-Win’for both carbon sequestration and biodiversity to be boosted through Pillar 1 and Pillar 2 payment schemes. Their recommendations have been submitted to the DAFM and government ministers for consideration.

Hedgerows are a hot topic in carbon research circles at the moment with intense interest internationally and in Ireland focused on how the size and biomass of these landscape features can be accurately determined with a view to maximizing their contribution to carbon neutrality by 2050. The fact that Ireland has approximately 700,000 kilometres of hedgerow means that we could trap significantly greater amounts of carbon as well as addressing catastrophic biodiversity and species loss. “But only if hedgerows are in good condition” says Michael Hickey of Hedgerows Ireland who notes that only one third of them are in this category. Small changes in hedge cutting techniques and regimes could double or treble carbon sequestration according to latest cutting edge research says Hickey. Allowing hedges to grow to 2m or 3m height instead of the prevalent fashion for 1—1.5 m would make a big difference and further changes such as 3 year rotation cutting regimes or side cutting only techniques would multiply the benefits.

Precise measurement of these values is the subject of ongoing research by Teagasc in conjunction with the Environmental Protection Agency using LiDAR (Light Detection and Ranging) which will soon allow accurate figures to demonstrate on farm trapping of carbon by hedges. This will in turn guide  payments based on these values.

Hedgerows Ireland believe that the new CAP payment schemes need to be ahead of the game by introducing basic quality criteria. In time these can be refined and fine tuned by research findings.

The challenge for the DAFM personnel working on the new schemes is to make them ‘operationally feasible’ in other words they need to work in practice without undue complexity. In addition they must avoid overlapping with other complementary schemes which could cause double payments. Finally, they have to be sufficiently attractive to landowners to ensure high take-up. There are currently five Pillar 1 Eco Schemes in the CAP proposals, of which landowners can choose two to qualify for the Basic Farm Payment allocation or BISS as it will be called (Basic Income Support for Sustainability).

Hedgerows Ireland are recommending that the wording of the first of these Eco Schemes (‘Non productive landscape features’) is adapted to include a basic requirement that hedgerows are left a minimum 2m height and either side cut only or not cut for the duration of the scheme. More advanced measures of hedgerow quality would then be integrated into the Pillar 2 Agri environmental schemes which would assess such elements as hedgerow trees, species diversity, soil organic carbon and biomass values. It’s a no brainer according to Hedgerows Ireland who believe that unnecessary over management of hedges is benefitting nobody and wasting valuable resources. Bigger taller hedges need not look messy or unkempt they say and when skilfully managed can enhance the look of a farm and also massively benefit wildlife for example hedgerow bird species.

As things stand the only reference to hedgerows in the draft CAP proposals is to avoid cutting during the nesting season—already a statutory requirement under the 1976 Wildlife Act. Hedgerows Ireland are determined that this missed opportunity to raise the bar on quality is grasped in the final version of the payment schemes which are due to be finalised following public consultation early in 2022. The payoffs could be enormous, they say, given the given that the wide range of benefits are all related to size and quality. In addition to carbon and biodiversity values, hedges reduce flooding and soil run-off,  filter pollutants and nutrients, provide shelter and shade and define ancient and historic landscapes. We have taken them for granted in the past, but apart from the UK and parts of France, hedgerows are largely unknown in Europe. Now is definitely the right time to value what is right under our noses say Hedgerows Ireland.