Changes made after interesting Tipp GAA county board meeting 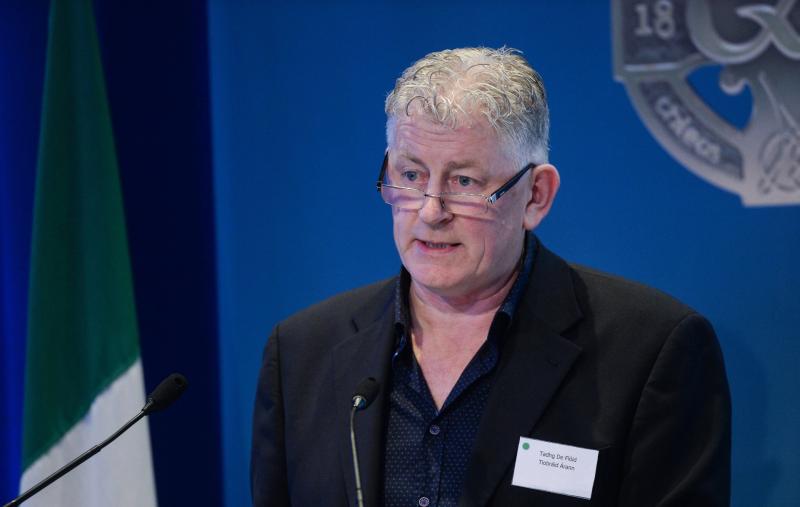 The winners of the Seamus O Riain Cup will represent Tipperary in the Munster Intermediate Club Championship from 2022 following a decision made at the November County Board meeting held in Thurles last night.

Delegates voted narrowly in favour, 43 to 41, to rename the O Riain Cup competition, the Premier Intermediate Championship, which is required under the Munster bye-laws to allow Tipperary’s second tier championship winners to compete in the competition, in place of the existing intermediate champions, who for the moment, will have no further avenue of advancement after a county final, although this years champions Moyne-Templetuohy or Kilsheelan/Kilcash will represent the county this year.

County chairman Joe Kennedy proposed the motion for change on behalf of the county management committee who felt Tipperary teams would have a better chance in Munster if their 17th team were to represent the county, rather than the 33rd as currently is, compared against Cork who enter their 25, Limerick, Clare and Waterford their 13th and Kerry their senior champions.

He argued that changing the title to Premier Intermediate isn’t relegating teams as teams have slotted into their respective grade of sixteen teams in Dan Breen, Seamus O Riain or intermediate, since 2013, via promotion and relegation and clubs have found their level.

Carrick Swans Sean O’Shea spoke against the motion saying premier intermediate was just a branding exercise and that sixteen clubs not being classed as senior anymore would cause great damage. “Relegating sixteen clubs so one can compete in the Munster Intermediate Championship is a betrayal to those clubs and should remain so.”

Cumann na mBunscol’s Jerry McDonnell agreed that a club like St Mary’s has worked hard to get to senior and the status of hurling in Clonmel has never been higher, and that teams should gain and lose their status on the field, rather than in the board-room

He added that the O Riain Cup should remain a senior hurling competition, however, Joe Kennedy said it cannot as it contravenes a Congress decision made last February where a championship can only have a maximum of sixteen teams, and currently the link between the Dan Breen and Seamus O Riain competitions through the divisional link is a 32-team championship.

Michael McCarthy of Cappawhite argued why the Dublin senior ‘B’ champions could play in the Leinster intermediate championship so why not the O Riain champions, without changing the status or name, however, Joe Kennedy said that Munster bye-laws are different to Leinster and that the name ‘intermediate’ has to be in the competition title to enter. He added that it could be changed if a proposal went to Munster Convention to do so.

Another major change made at the meeting was the ending of the under 21 hurling and football championship after this year. Delegates voted 46-36 in favour of retaining just one of the grades at under 19 and 21, with a subsequent vote taking place with the under 19 grade chosen to continue going forward.

Proposing the motion, county chairman Joe Kennedy said there were difficulties playing both under 19 and 21 grades this year as they cut across all adult competitions as well, citing the fact that the 2021 under 21 hurling championships only started last weekend and the under 21 football hasn’t been scheduled yet.

Following the vote to go with just one grade, a separate debate began over which age it should be, with no one in favour of retaining under 21. Football Board chairman Conor O’Dwyer said under 19 had a better chance of being successful as you would have fewer players cutting across adult grades, while it was suggested the under 19 grade be played on a league/championship format between April and the autumn, with clubs playing the league section without county minor and under 20 players in the first half of the year, before playing off the championship when the inter-county season is over.

Following a show of hands, the under 19 grade was voted in strongly ahead of an under 20 grade.
Other results from the meeting included the changing of seeding for the championships from 2023 as the four semi-finalists will be top seeds, with the four defeated quarter finalists as the second seeds. Previously, seeding was based on how the groups finished which is how it will remain for the third and fourth seeds.

The county leages were cut to twelve teams in two groups of six, while quarter-finals will return for the Junior A county championships after being absent due to Covid-19 in the last two years.