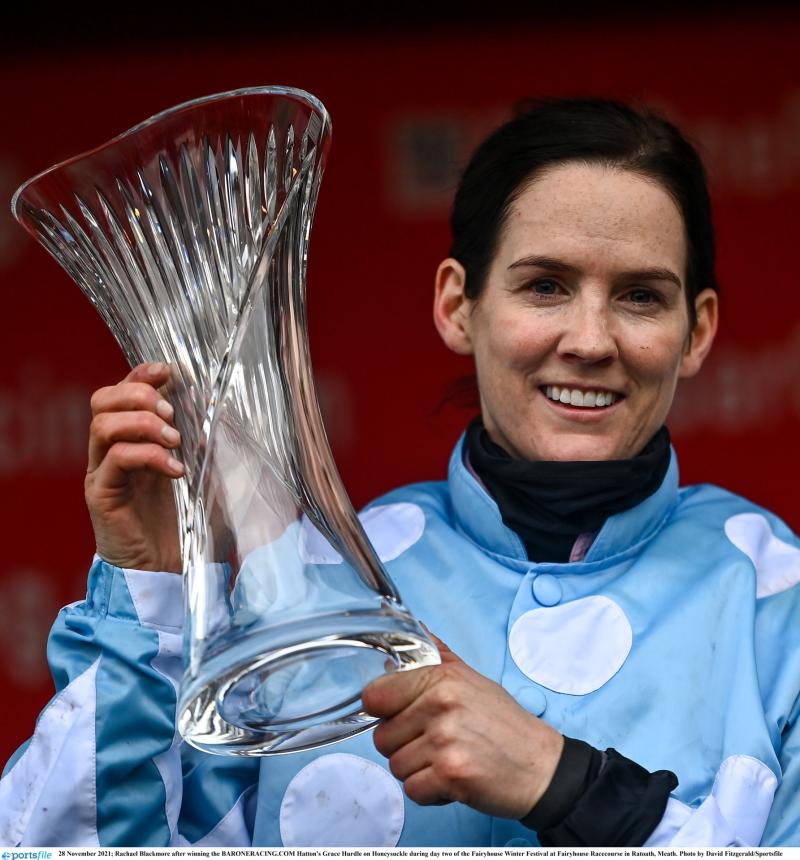 Boyle Sports have reported that a huge burst of support has arrived for Tipperary jockey Rachael Blackmore to become the BBC World Sports Star of the Year after her outstanding 2021 achievements.

The BBC announced their nominees this morning and as soon as the talented jockey’s name appeared on the shortlist, her odds started to tumble.

Blackmore became the first female winner of the Grand National back in April, having also been the first woman to win Cheltenham’s Champion Hurdle the month before as well as being crowned leading jockey for the week at the festival.

BoyleSports chalked the sports star up at 3/1 to win the award but patriotic support has resulted in the Irish beauty tumbling into 5/4 meaning she is the new favourite after taking over from 11/8 shot Elaine Thompson-Herah.

Veyron is on the Ball at Thurles Greyhound Stadium