The commemoration will take place on Sunday January 23 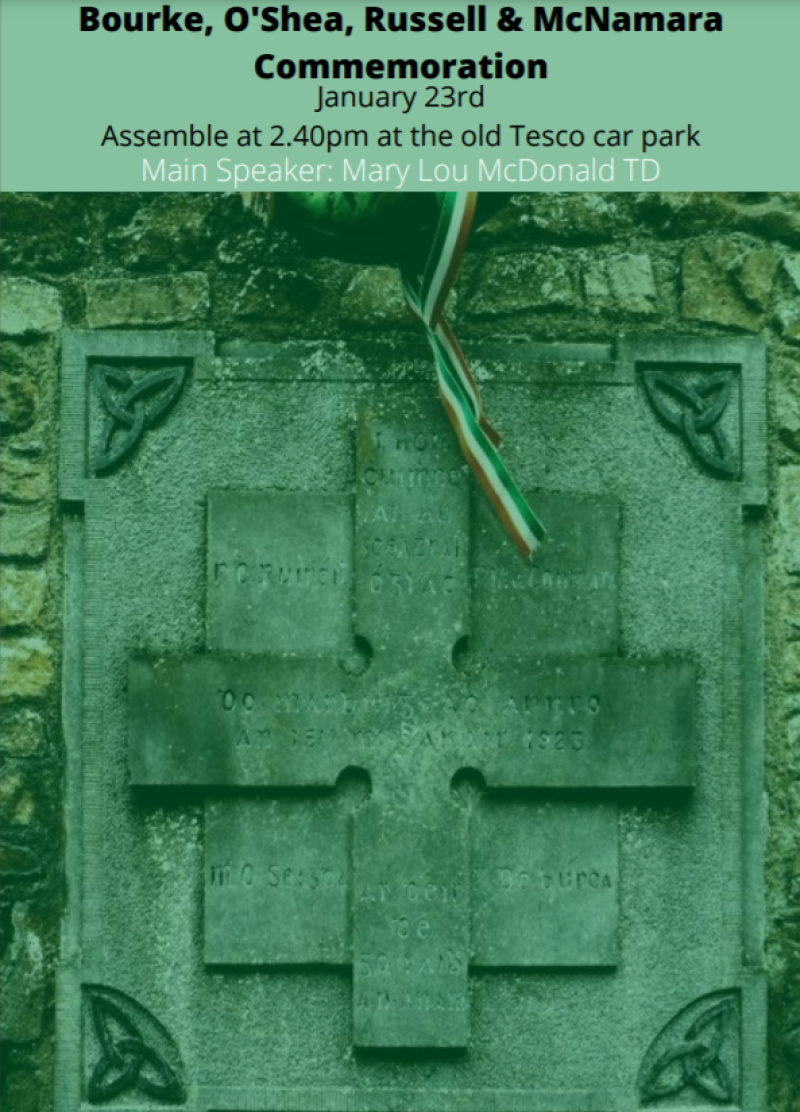 The commemoration will take place on January 23, starting at 2:40pm from the old Tesco car park, Grove street, with the group marching to Roscrea castle.

Speaking on behalf of the Tipperary Republican Commemoration Committee, Breandán Ó Conchúir said it was great to be able to hold the commemoration.

“We are delighted to have Mary Lou McDonald join us this year, especially as covid meant we were unable to hold a commemoration last year. We would also like to thank Martin Browne TD for his ongoing support for the commemoration and look forward to welcoming him to Roscrea on Sunday,” said Mr Ó Conchúir. The commemoration is the 99th anniversary of the executions of Frederick Bourke, Patrick Russell, Martin O Shea, and Patrick McNamara.

The men were executed at Roscrea on January 15 1923, during the Irish Civil War.

“This year marks the 99th anniversary of the executions of Frederick Bourke, Patrick Russell, Martin O Shea, and Patrick McNamara by the free state forces; all four men had fought in the war of independence only to be killed by the free state forces, as were many other republicans who were unwilling to settle for a partitioned free state, said Mr Ó Conchúir.

Stewards will be present on the day to ensure public health guidelines are followed.