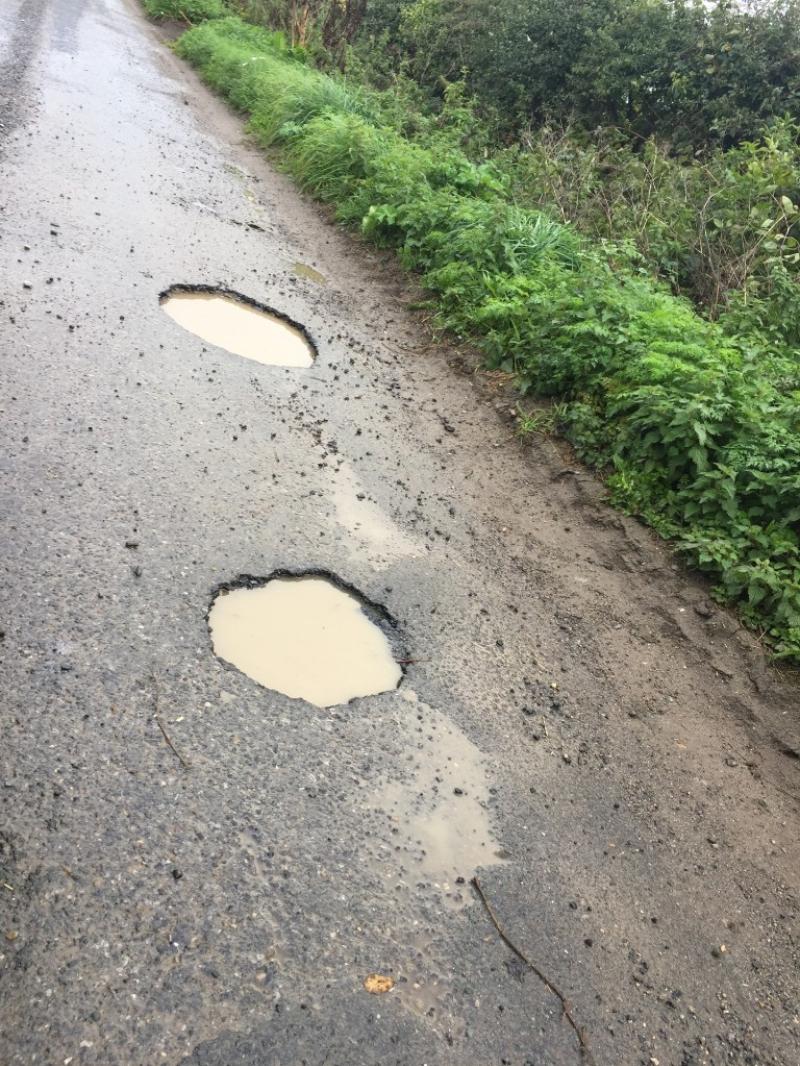 The senior roads engineer with Nenagh Municipal District Council has admitted to local councillors that a road outside Nenagh, is in “poor condition”.

Barry Murphy told councillors that the road at Killowney Little, Ballymackey, was included in the council’s three-year roads programme, but there was no firm commitment as to when it would be done within that programme.

“We are now in year two and if the opportunity arises, it is a good candidate to bring it forward,” he said. However, Mr Murphy added the proviso that funding would have to be available.

District manager Marcus O’Connor pointed out that the road was part of a programme that had been approved by the Department of the Environment and the programme could not be changed “willynilly”.

“Tertiary road funding is tied into the budget that was passed and it can’t be increased in one district,” Mr O'Connor told cathaoirelach Cllr Michael O’Meara and Cllr Joe Hannigan who both asked that discretionary funding be increased.

He was supported by Cllr Ger Darcy in relation to Killowney Little, a through road.

Cllr Darcy said he presumed the part of the road at Rapla South that Cllr Morris was referring to was Dirty Lane, a stretch of the road the council had undertaken to resurface some years back when it passed into their care.

Cllr Hughie McGrath also called for work to be carried out at Killowney Little.