Cashel too powerful for Nenagh 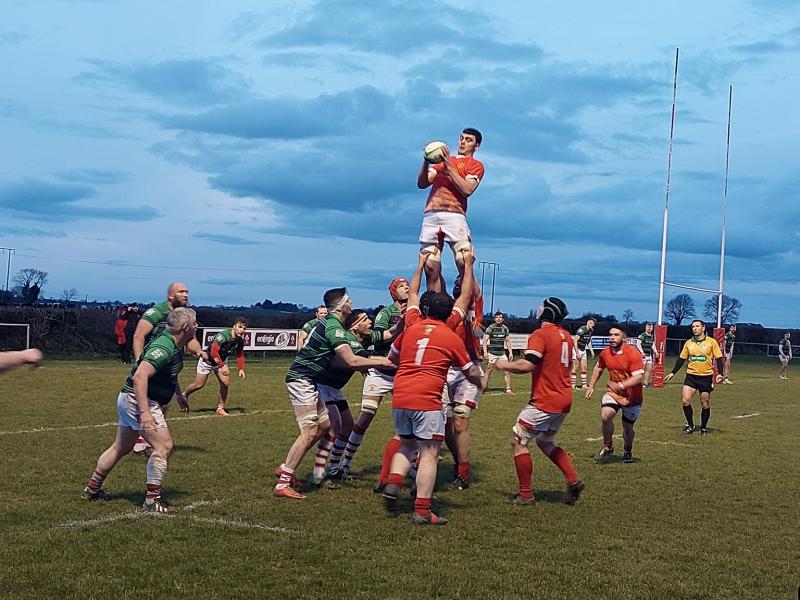 Cashel turned on the power in the second half of this Tipperary derby to claim victory and continue their dominance over rivals Nenagh Ormond in the penultimate match of the AIL regular season in New Ormond Park tonight.

Despite Nenagh putting in a fine first 40 minutes, with plenty of commitment and physicality against a massive Cashel pack, the visitors had too much power in the end with two pack oriented tries in the second period paving their way to another win as they continue their winning form going into the final game of the season next weekend.

Ormond as usual in the recent history of this fixture, came into the tie as underdogs, which is represented aptly in their league positions, but all bets are off in the heat of a derby match and Nenagh made it very difficult for Cashel in the first half.

The opening 20 minutes of the game were very slow to take on any life in terms of on pitch action, with the teams battering each other into a stalemate in that period, but Nenagh took the lead in the 25th minute after concerted pressure for nearly five minutes inside the Cashel 22, finally led to some good passing and a fine running line by James Finn who galloped through a gap on the left wing to touch down and score a well deserved try.

Cashel have been in very good form this season and that didn't faze them in the slightest as they looked to hit back, and despite some incessant pressure for the remaining minutes, some excellent line defence from Nenagh on a few occasions held the Cashel pack at bay; as the visitors eventually settled for a close range penalty right on the half time whistle as they trailed 5-3 at the break.

While there were an awful number of penalties registered between the sides in the first half, they really got out of hand in the second, especially from a Nenagh perspective with some needless concessions giving Cashel early impetus, and it didn't take long for them to capitalise with a pack effort from a rolling maul to take the lead as Conor Cashman converted well to make it 10-5 to the high flyers.

Ormond were certainly well up for the physical stakes as they looked to get back into it, but they were shooting themselves in the foot time and time again, either through some needless offloads after good line breaks, or coughing up cheap penalties on the ground or in the set piece.

As such, the penalty count became untenable for Nenagh to pull back the deficit, and when another pack try after 74 minutes from Cashel in the 74th minute after a poor Nenagh pass went astray, it was game over with the lead extended to 17-5 for the Cashel men.

There was a brief moment of belief for Nenagh soon after though, when a rare excursion into the Cashel half eventually sent speedster Davy Gleeson through a gap and the Ballinahinch man was held up just shy of the line, before Derek Corcoran flashed a pass out to the right wing to the awaiting Peter O'Connor who powered over; the conversion was missed to cut the gap to 17-10 with two minutes left.

But that excitement from the home crowd quickly evaporated when, from the next play from the kick off, Cashel went down to the Nenagh half and earned an kickable penalty right in front of goals, and it was an opportunity they wouldn't turn down as Conor Cashman did the necessary and confirmed victory for a promotion pushing Cashel side.

This match didn't have the usual fire and brimstone this fixture has served up in the past, as the sides already know their post-season destiny as bigger games lie ahead for the teams at opposite ends of the table.