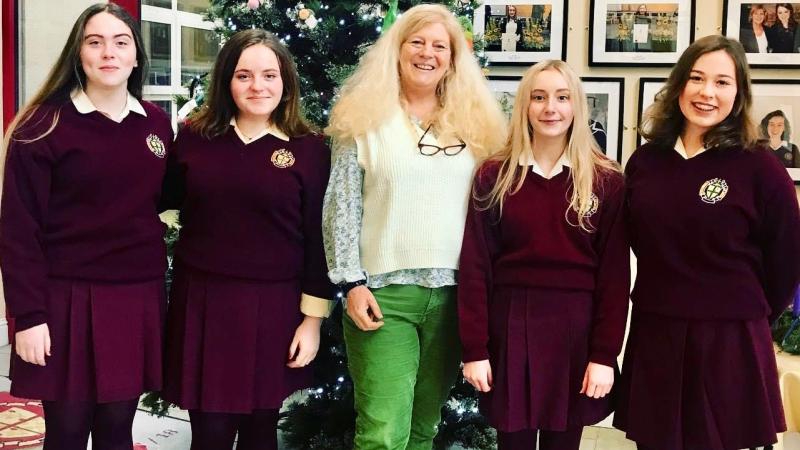 On April 26, three of our Transition Year students: Mairéad Collins, Aimee Fogarty-Ryan and Caoimhe O’Gorman, jetted off to Brussels to visit the European Union Parliament.

Last November, the girls created and presented a digital project discussing their views on and their visions for the EU in 25 years.

They entered this into a national competition, were successful and won an exciting trip to Belgium as a prize for finishing top! The girls arrived in Brussels early on the Tuesday morning.

From there, they travelled to the European Parliament, where they were welcomed by MEP Billy Kelleher and his team.

Later that morning, the girls enjoyed a tour of the Parliament building and learned about the inter-workings of the EU and the job opportunities that were available there.

Following a gourmet lunch, the girls attended a tour of the Grand Place. On their final day, our Pres girls set off for the Parliamentarium and a session on COFEU.

This was followed by a guided tour of the city. Mairéad, Aimee and Caoimhe experienced the opportunity of a lifetime and thoroughly enjoyed their time at European headquarters.

The school's team are one of five finalists