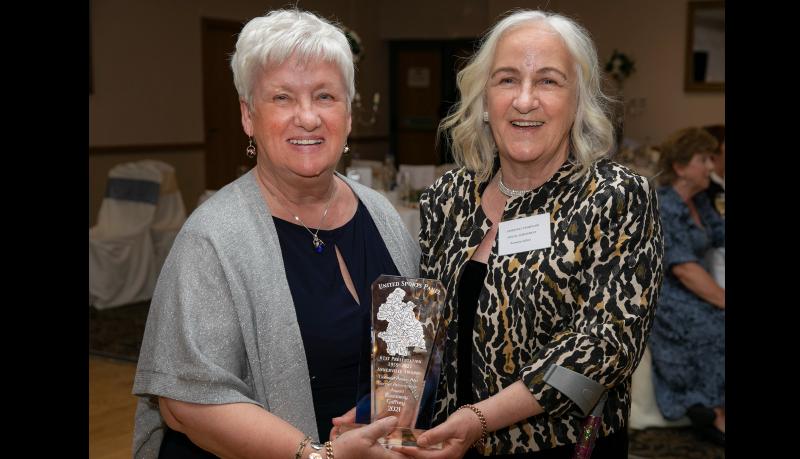 A delighted Rosemary Gaffney (right) with her Annerville Award

A Clonmel woman who showed remarkable bravery to recover from horrific leg injuries that almost resulted in her leg being amputated represented Ireland at the Paralympic Games in Tokyo has won an Annerville Award.

Rosemary Gaffney was presented with her award at a United Sports Panel ceremony in Clonmel last weekend. 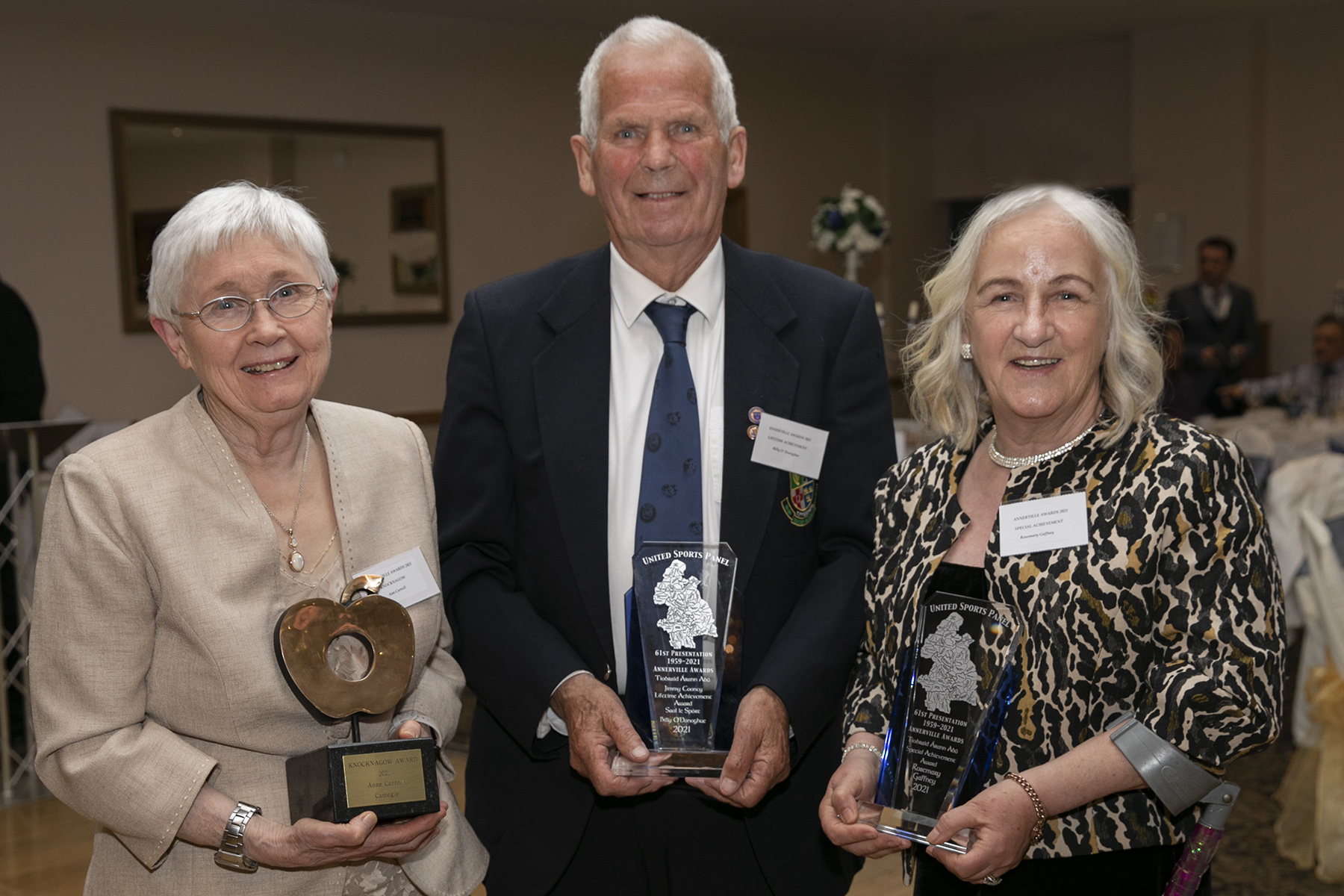 Rosemary Gaffney took her place in the Irish Para Dressage team alongside Michael Murphy, Kate Kerr-Horan and Tamsin Addison at the games in Japan.
Having come so close to being selected for the Paralympics in London in 2012 and Rio de Janeiro in 2016, when she was a reserve on both Irish teams, it was a case of third time lucky for Rosemary.
Her journey to representing her country at the Paralympics was a long and arduous one, during which she displayed incredible courage to overcome adversity on two separate occasions.
An able-bodied dressage rider, Rosemary suffered her first injury setback in 2007 when she shattered her knee and broke her tibia and fibula while exercising her dressage horse at Kildalton College in Piltown, where she is the equine course director.
Having put herself forward for classification with Para Equestrian Ireland, disaster struck again in January of 2014. This time she had a fall while riding a young horse, suffering 40 breaks from her hip to her ankle in her “good” leg.
She underwent six operations and was mostly confined to bed for six months.
However, just over a year later she was back competing on the international circuit, winning the freestyle on a personal best score at the three-star show in Bishop Burton in Yorkshire.
As someone whose mantra is “you never give up and you never give in,” Rosemary said that having waited so long to finally secure her place at the Paralympics made it all the sweeter.