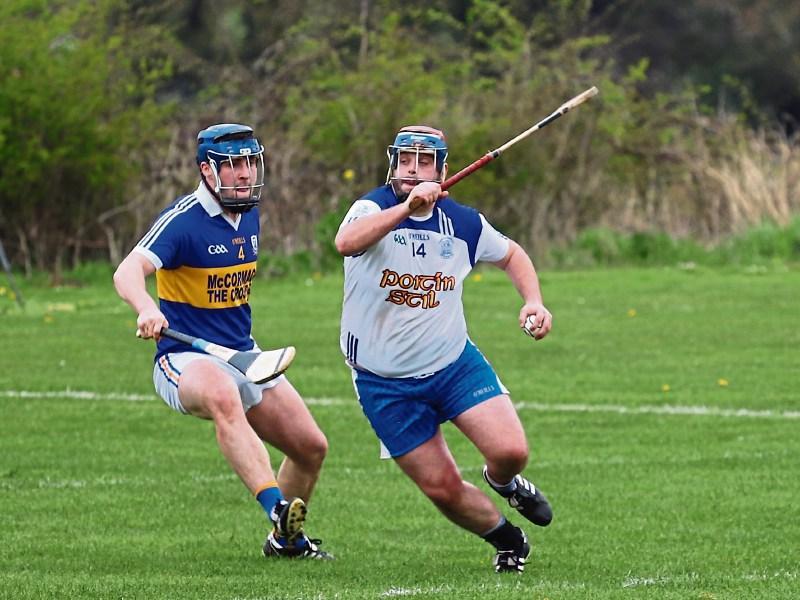 Sean Treacys are through to the Bertie’s Bar Crosco Cup Final, following their four point win over Cappawhite at Golden on Friday evening. This was a hugely entertaining game, played at a fast pace on a surface conducive to good hurling. The opening half was very close, with a Pat Deegan goal after five minutes the difference between the sides at the break, as Treacys led by 1.10 to 0.9. That opening period produced some excellent scores, Willie Barry hitting 0.7 from placed balls for Cappa, while Mikie Feehan hit 0.4, and Seanie Ryan (Rogers) and Pat Dawson getting 0.3 apiece.

Treacys got their second half off to a whirlwind start when Darragh Kennedy netted at the far end following a piercing run from Seanie Ryan (Rogers). Pat Carey got in for a third on eight minutes to put them nine points clear.

The game looked dead and buried from a Cappa perspective after fifteen minutes as they trailed by twelve points, but a great last quarter comeback just came up short at the end. Following a Colm O’Dwyer goal on thirty minutes, the deficit was down to the minimum, but in the last play of the evening a Mikie Feehan goal sealed victory for Treacys and a place in the final, where they will play Cashel King Cormacs.

Cappawhite opened their account with a David Buckley point at the far end after two minutes. This was followed up by a Willie Barry converted free, two minutes later. Cappawhite then lost the services of Tom Treacy to an injury and was replaced by Cian O’Carroll. Pat Deegan got in for the opening goal when he crashed home from close in. Mikey Feehan and Seanie Ryan (Rogers) added points to go three up. Willie Barry landed two more frees either side of three on the trot from Treacys.

Marking National Bike Week: in excess of 100 members young and old took to the road for a fantastic day out

This trend continued up to the half time break, with the goal being the main difference between the sides. Willie Barry hit seven first half points from placed balls while Sean Treacys had a greater spread of scorers, Mikie Feehan with four points and Seanie Ryan (Rogers with three, all from open play. Treacys led at the break, 1.10 to 0.9.

Sean Treacys best play came in the opening fifteen minutes after the break, Darragh Kennedy netting after twenty seconds and Pat Carey getting a third on eight minutes. Carey followed up after the goal with two unanswered points, to go eleven to the good. When Jody Ryan (Rogers) hit a point on the three quarter hour mark to put Sean Treacys twelve points to the good, Cappa looked dead and buried.

However, they came right back into the game in that final quarter and eight unanswered points cut the deficit to four with two minutes of normal time remaining. With the crowd behind them, Cappa had their tails up and when Colm O’Dwyer crashed home a goal on thirty minutes a grand stand finish ensued. Cappa continued to attack and a piercing run through the centre from Sam Carmody in injury time resulted in his shot just going outside the post with Shane Stapleton stranded. This was the last throw of the dice for Cappa as from the resulting long puck out Mikey Feehan had the last say when he goaled from close in to ensure victory and a place in the final.