Need to join the dots’ on where these really punitive restrictions are going to leave us in terms of food production and feeding our populations. - Pat McCormack 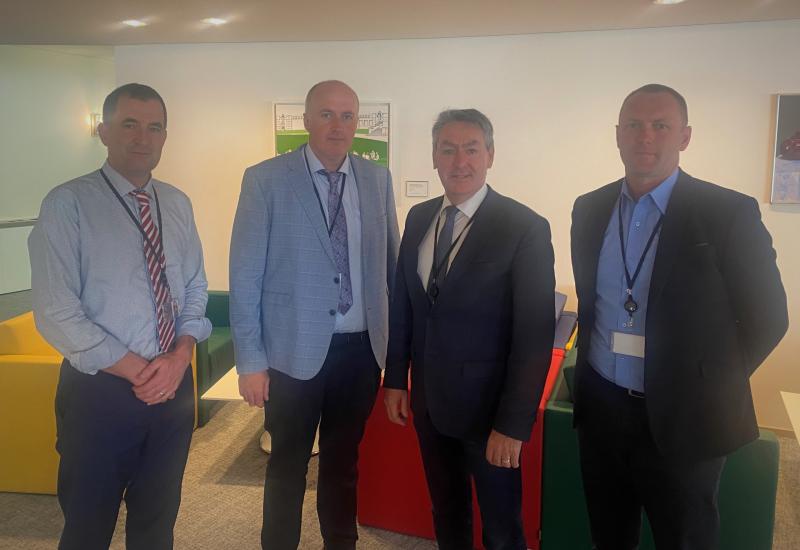 Speaking from Brussels where he headed up an ICMSA delegation lobbying Irish MEPs, ICMSA President and Tipperary farmer, Pat McCormack, said that it was becoming increasingly obvious that environmental and emissions policies will have to be adjusted to take account of the increasingly precarious situation around food security and food supply.

Mr McCormack said that he had found a new awareness amongst the politicians that it simply was not enough to introduce or consider the kind of curbs on farming and primary food production envisaged without a corresponding examination of certain impacts on food supply. He said that “finally” the full implications of what was being not just considered, but actually being introduced, was getting the kind of attention that should have been given to these questions five years ago.

“No-one disputes the need for progress on emissions – ICMSA certainly does not. But we urge everyone, whether in the Commission, the European Parliament, or the Irish Government, to pause for a minute and begin to ‘join the dots’ on where these really punitive restrictions are going to leave us in terms of food production and feeding our populations. It’s just not realistic to imagine that attacking commercial farming in the way we are seeing in Ireland – and the ACRES announcement just this week was a perfect example – will not have a profound effect on food production in volumes and then in terms of price to consumers.

"No-one can say that they weren’t told; it’s a very basic sequence and ICMSA is going to insist that everyone acknowledge that they see where the present policy of attacking commercial farming is going to inevitably bring us. That’s what we are doing in Brussels today and I have to say that we detect a change in attitude as recent events have shown that the completely over-simplistic version of food and the environment that was unquestioningly accepted by too many is now already throwing up problems every bit as serious as the ones it was designed to solve”, said Mr McCormack.

The ICMSA President said that we are moving towards a new realisation that there will have to be a parity of consideration given to the complex issues around food supply and security if we are to avoid crippling food inflation or even more alarmingly outright food shortages.