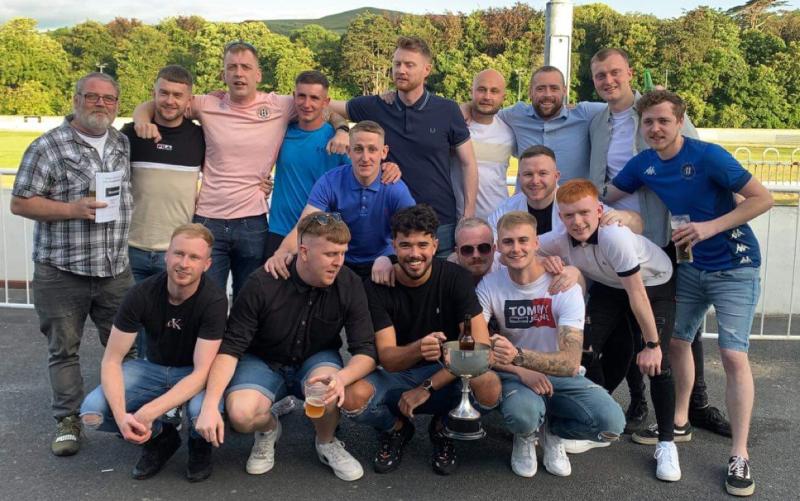 Wilderness FC enjoyed a fantastic night at Clonmel Greyhound Stadium on Friday night last. Division One league winners they displayed their wares on the night and a super crowd attended making it a most successful fundraising night.
Kathryn O’Dea’s Kathrynsstarfern absent from the winner’s podium since December last took the fourth race of the night with a very strong finish in 29.63. Rita O’Connor’s youngster looked to be a very bright prospect when he dominated the 0N3 novice race winning by seven lengths in 29.46.
Local owner Noelle O’Brien sent out Santoi Free who she jointly owns with Johnny Barrett to win the sprint race in 16.69 with a very determined finish from the last bend.
On his 14th outing Derek O’Sullivan and William Butler’s Billys Red got off the mark when he finished the stronger in the penultimate race in 29.01 but it was The Parachute Syndicate owned Bombay Joe who is trained by Graham Howson putting back to back wins on his card that caught the attention on the night winning the seventh in rather impressive style in 28.48 fastest time of the evening. 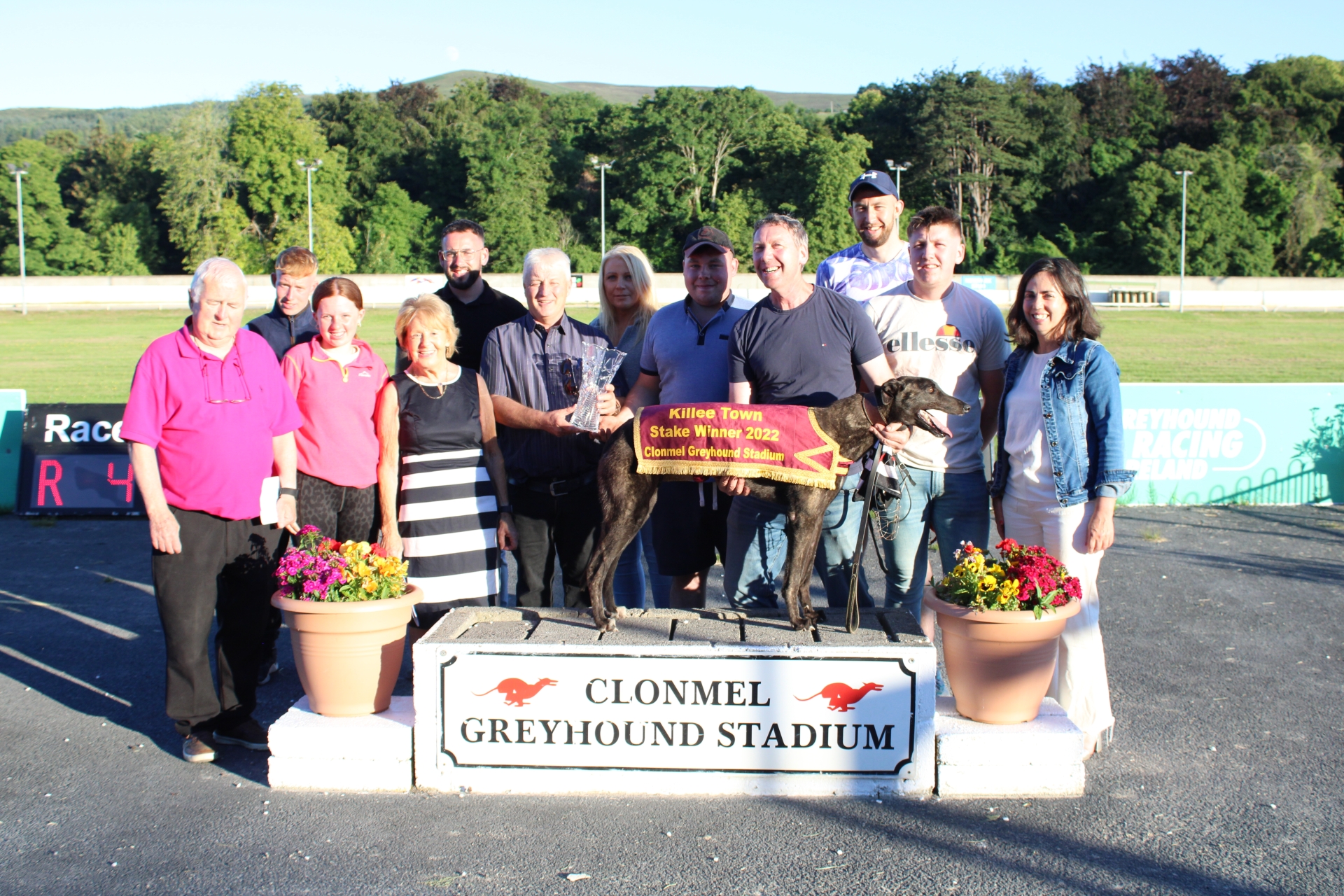 THREE EXICITING FINALS ON SUNDAY NIGHT
Sunday night’s card featured three exciting finals.
Kicking of proceedings on Sunday night Random Diva a daughter of Laughil Blake and Random Biddy owned by Master Brian Manogue made her first visit to Clonmel a profitable one with a trap to line run winning in 29.22.
John Murry and Michael Spillane did likewise in the second as Fireball Mary a daughter of Cabra Firmino and Cabra Ebony from a very lively start maintained a strong gallop to win in 29.01.

Cashel man Denis O’Dwyer took the opening sprint race when Windmill Breeze a Tyrur Big Mike son came out best of a very crowded opening bend to win in 16.60 while the Paraic Campion trained Rattlefence got back to winning ways in the second sprint race of the night.
The first final on the night The Killee Town Unraced was won by trainer Adam Dunford after his runner Romeo Rapid a Jan20 son of Droopys Sydney and Fabulous Nigella wore down the long-time leader Bonucci to land the spoils. Owned by David Firmager from Melton Mowbray who recently won the English Derby this youngster just adds to the owner’s recent success.
The Kilsheehan Gallop Stake final was won by Jeanette Woodhead from Golden after her runner Aheadofdaposse a son of Pat C Sabbath and Holycross Crash showing very quick feet from traps held off all challenges to win in 29.05. A mechanical break down thereafter saw the remaining three races cancelled to be run next weekend.