A vibrant Clonmel provides a perfect home for Arts Festival

“Clonmel has always been an amazing town for live music and we just really wanted to support that coming back.” 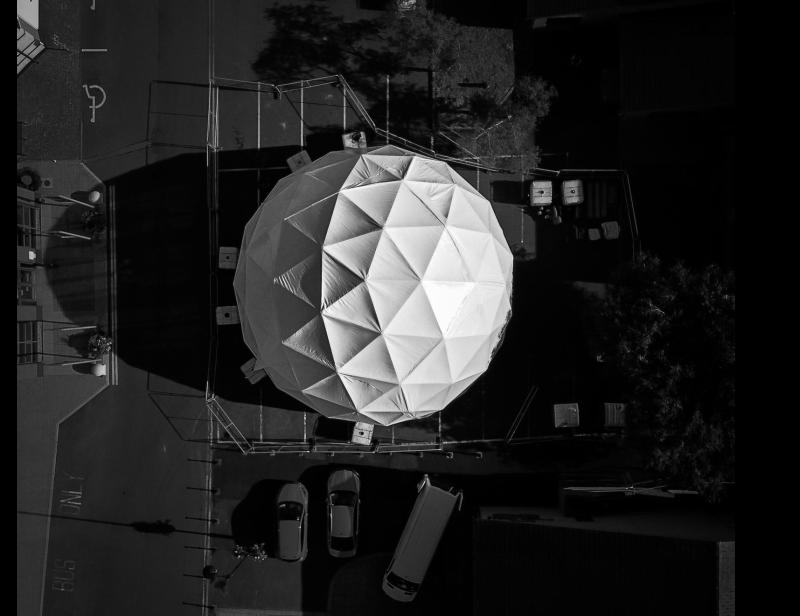 The Clonmel Junction festival concluded this weekend after a successful ten day run that included a diverse range of performances from plays about hurling to arthouse films.

The Dome, a new theatre venue for the festival was a particular hit as the event returned to sit-down audiences after a two year absence.

Despite being nervous about how confident people would be returning to indoor performances, Artistic Director Cliona Maher believed the public were delighted to see the arts return to Clonmel as the majority of shows sold out.

Cliona said: “One of the things that is impossible to do online while you can show people the work, but couldn’t have people hanging around talking about it, meeting and having conversations. That’s what we had been missing and it was so great to get that back.”

Popular performances included Pucked, a play inspired by the life of a young hurler performed by Cathal Ryan.

The co-production between the Junction Festival and  The Source Arts Centre in Thurles will go on tour in the Autumn and next Spring for more audiences to enjoy.

Cliona said: “It’s a lovely celebration of hurling and it’s an interesting look into the life of a twenty-something man today, and he is such a talented performer, I would love to get that out for more people to see.”

Another attraction consistently drawing crowds throughout the festival was the unique theatrical experience Everything Must Go  held in the former Supervalu building in Market Place.

Writers by Aideen Wylde and Donal Gallagher interviewed locals to provide a social commentary on capitalism and urban decline.

Cliona said: “It just worked on so many different levels. Kids loved it, but also it was this very strong social commentary on how we value things. It was witty and light but also profound, and that was an amazing thing to do.”

Clonmel natives Amy Hill and James Whelan also lit up the Dome with their comedy The Estate.

Aside from theatre, the Bulmers Music Trail returned bringing live music to a range of venues across the town.

The event helped reintroduce the joy of live music to the public by showcasing  the electric atmosphere that comes with such an event.

Cliona said: “It was a really nice mixture of local performers and national performers. Everybody getting together in this festival feeling.”

“Clonmel has always been an amazing town for live music, and we just really wanted to support that coming back.”

Hosting a mixture of local and international artists, The Junction festival provides an invaluable platform for the arts scene in Clonmel.

Not only does it remind locals of the rich artistic community at their doorstep, but Cliona believes the collaboration between businesses with creative communities is a worthwhile investment.

“To attract the brightest and best we need to put our best foot forward to show Clonmel is a creative and vibrant place and it’s a good place to move to and work.”