Tipperary musician prepares for release of debut album with The Raines

First Irish tour will wind down on Inis Oirr next month 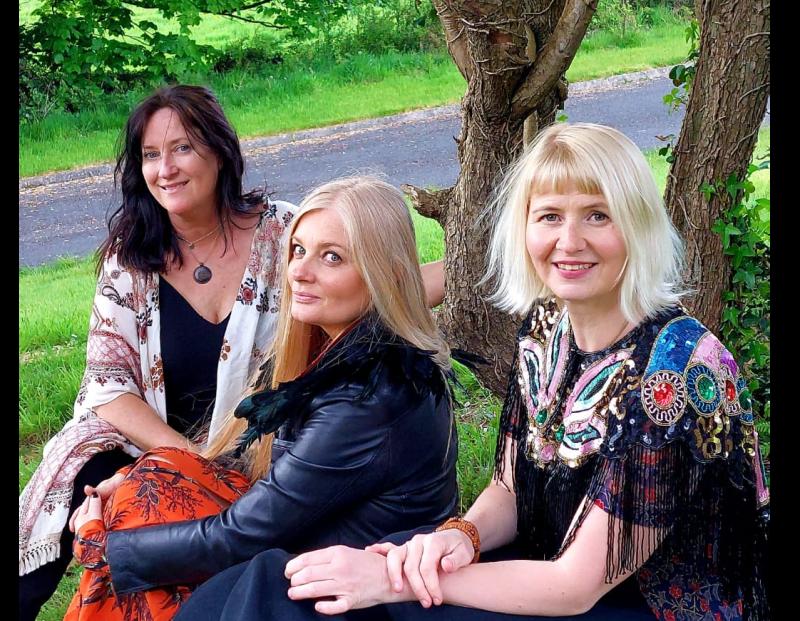 The Raines are preparing for the release of their debut album. From left, Ruth Dillon, Yvonne Tiernan and Juliana Erkkonen

Hot on the heels of their Irish tour announcement and with three number one hits on the iTunes singer songwriter chart, as well as over one million impacts on Irish radio, The Raines returned recently with their fourth single, Another Lover.
The track is taken from their forthcoming debut album, which is due in the autumn.
The band’s line-up includes Juliana Erkkonen, Yvonne Tiernan and Clonmel woman Ruth Dillon.
Another Lover was recorded in various locations by Ivan O’Shea, Juliana Erkkonen and Cesar Benzoni and features John O’Dwyer on bass, Cesar Benzoni on mandolin and Cormac Dunne on drums.
The award-winning producer Brian Masterson, famous for his work with The Chieftains, Van Morrison, Willie Nelson and The Bothy Band, mixed and mastered the track.

The 28 brave 10,000 feet Tipperary Sky Divers have been named

Ruth Dillon (vocals, guitar and ukulele), who has toured and recorded with the legendary vocalist Dolores Keane, is a former member of The Molly Hicks, and has three solo albums of her own. One of five children, Ruth was born and raised in Clonmel and her brother is the renowned artist and puppeteer Des Dillon.
Juliana Erkkonen (fiddle and vocals) has been at the forefront of the Americana music scene in Ireland and has released seven albums with a diverse range of acts.
Yvonne Tiernan (vocals, ukulele), meanwhile, has toured as lead singer with The Chieftains.
The Raines’ first Irish tour took them to Whelan’s in Dublin, Sea Church in Ballycotton, the Station House in Clifden, the Galway Folk Festival, Dolan’s in Limerick and Matt Molloy’s in Westport.
It will wind down at Áras Éanna on the Aran island of Inis Oirr on Saturday August 20.