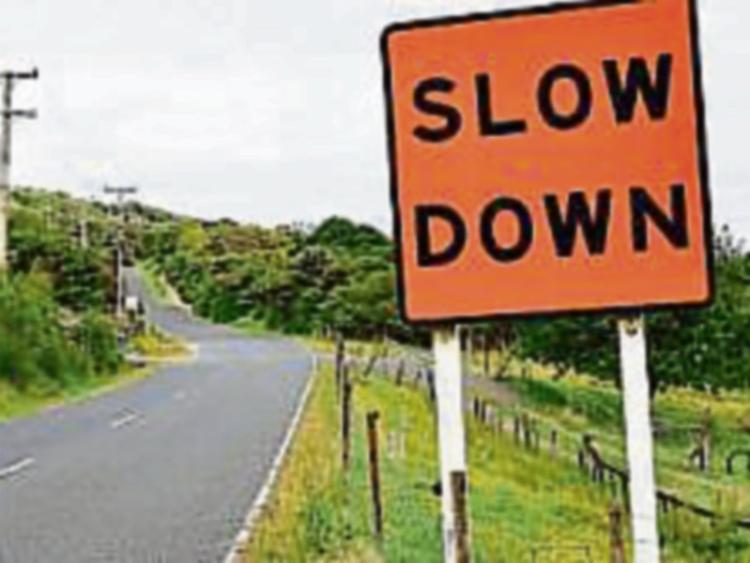 Tipperary Co. Council is to set new speed limits on some of the county’s major roads at 100kph so as to avoid confusion and ‘speed traps’ for local motorists.

Councillors adopted the plan without opposition at this week's meeting and welcomed the proposals especially in relation to the old N8 Cork to Dublin road, and local housing estates.

Meanwhile Clonmel councillors have called for urgent action to be take outside Rathkeevin National School on the outskirts of the town because of the high volume of traffic.

The new speed limits come into effect on November 13th in relation to national routes, while regional road limits change on September 11th. The old Cork-Dublin N8 route is to be set at 100kph, while housing estates will have a 30kph limit in line with national guidelines.

Cllr David Doran said he welcomed the decision regarding the N8, which connects Urlingford, Littleton, and the Horse and Jockey, to Cashel, New Inn, and Cahir.

“An awful lot of people get speeding tickets there,” said Cllr Doran, who requested that the change be made immediately. “Why do we have to wait two months?”

Cllr Seamus Hanafin said he raised this issue 4 to 5 years ago.

“We have speed limits changing from 100 back to 80: people get caught out, with no indication. It's like shooting fish in a barrel.”

“Periodic speed limits may not solve the issues” there. Rathkeevin’s issues “still remain”, and they should consider other measures, such as flashing lights or improved signage.

Cllr Siobhán Ambrose said the people exiting the school “should have special measures” as there are a lot of children coming and going in front of the school.

“I’d ask that the TII (Transport Infrastructure Ireland) revisit this issue. There will be an accident at this junction sooner rather than later”.

Cllr Jim Ryan asked that speed limits in housing estates be reduced from 50kph to 30kph, and that speed ramps be installed. New signage should be installed “as soon as possible. There’s a huge number of children playing in the estates, especially during the summer holidays.”

“The change on the old N8 is particularly welcome.” Cllr Kennedy said drivers should also take note that the road from Tipperary town to Cashel has now been changed from 100kph to 80kph.

“Anybody travelling that road, there’s regularly a speed van on that road.” The change was made as a result of a number of accidents on the road, said Cllr Kennedy.

Cllr Sean Ryan said there should be flashing speed signs outside all the villages of Tipperary, “to act as a deterrent”.

Cllr Andy Moloney also raised concerns regarding Puckaun in west Tipperary, where there have been numerous incidents.

Director of Services for Roads, Marcus O’Connor, said the adoption of new speed limits and signs for all 570 estates in Tipperary “will not be done overnight.”

The Council has to procure all the signs, but “we cannot do it on a piecemeal basis.”

Putting new speed limits on the road at Rathkeevin “will not help that”. Instead, the Council will examine new signage or road layout as traffic calming measures, added Mr O'Connor.

Cllr Joe Hannigan welcomed the news that speed surveys will be carried out in Holycross and other villages.

“They can carry out speed surveys in any village they want. It's very important to the public.”