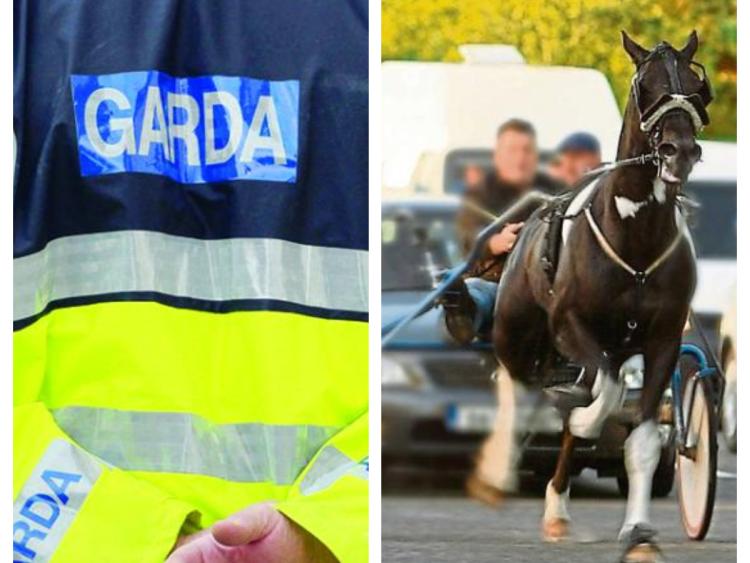 Gardaí are investigating after a video emerged on social media showing a dangerous sulky road race on the N7 in Citywest, Dublin, over the weekend.

The ISPCA has been left "shocked and appalled" by the incident.

This is appalling. Sulky racing in Dublin. Appears to be near City West by Brown’s Barn on the Naas Road inbound. pic.twitter.com/aHLYZyClU6

The ISPCA has been calling on the Government for some time to deal with not only the public safety issue but also the serious animal welfare concerns caused by sulky racing and training.

Driving horses, particularly young horses, on hard road surfaces can result in serious injuries and collisions with vehicles has resulted in the death of horses in the past.

The ISPCA has said that the Department of Agriculture should work with local authorities to identify safe, off-road areas for sulky users where the activity can be regulated appropriately.

An Garda Síochána has sufficient powers under the Road Traffic Act to deal with the reckless and dangerous driving seen in the video, and local authorities have powers to seize any horse that is not microchipped. However, the ISPCA recognise that it would have required significant resources to deal with the incident which featured in the video.

“Driving young horses and ponies flat out at excessive speed on Ireland’s busy roads, often by children as young as 10-years-old, is an accident waiting to happen. All it takes is a trip or stumble, which can be fatal for horse and sulky driver," ISPCA chief executive Dr. Andrew Kelly said.

"It is also a risk for other road users and another serious accident or fatality is inevitable. In 2018, a 12-year-old boy was killed near Dublin when he was thrown from a sulky into the path of an oncoming truck after the horse which was pulling the sulky bolted across a busy road. Action should have been taken then to take sulkies off public roads. We have seen far too often horses seriously injured or killed and left at the side of the road. These equines are often far too young to use for this purpose, causing serious damage to their undeveloped joints and ligaments. The most common injuries we see are broken knees, swollen joints and neck injuries caused by badly fitted tack.