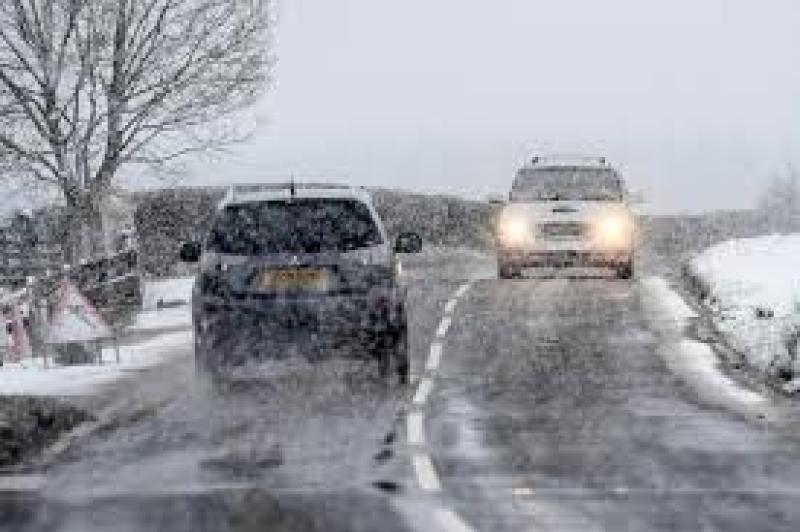 Driving in icy conditions can be very hazardous

All motorists  are encouraged to carry an emergency kits in the vehicle, including a spare tyre, a jack, jump leads and a flashlight which is important at times of low visibility.

New research by Liberty Insurance shows that seven in ten motorists report that they are least confident driving when there is ice on the road, with women less confident compared to men (77% vs 64%).

The survey found that 86% of motorists take extra precautions during weather warnings; with the advice from Liberty Insurance aimed at those who are making essential journeys during Covid-19 restrictions.

Conducted among 1,000 adults by Core, the survey found that nearly 3 in 10 Irish drivers (30%) do not know how to check the tread depth of their vehicle’s tyres. Compared to women, men are significantly more likely to report that they know how to check their tyre depth (79% vs 60%)

Low tyre tread depth is hazardous for drivers and other road users. Worn tyres are more likely to fail to grip icy or wet roads; they are also less efficient at braking suddenly and more prone to punctures.

Met Éireann has declared a status yellow weather warning for the east of the country that will remain in place until at least 6pm. This weather warning is likely to be extended, and to include more areas nationwide as Met Éireann has warned of continued snow, ice and hail showers across the country this week. In advance of these conditions, preparing for a hazardous situation, such as a breakdown, is essential.

Just over four in five (81%) motorists have a spare tyre in their vehicle, but just one in four report having an automatic tyre inflator. Men are significantly more likely than women to carry an emergency breakdown kit (52% vs 42%), a car jack (77% vs 67%), and a set of jump leads (47% vs 31%) in their vehicle.

Those living in rural areas are significantly more likely to carry a jack in their vehicle, compared to urban drivers (80% vs 68%).

More than 1 in 7 drivers (14%) say they do not heed weather warnings, believing them to be “scaremongering”, with more than 1 in every 3 motorists (34%) believing such warnings are “over sensationalised” by media.

Consistent vehicle servicing
The majority of minor breakdowns on Irish roads can be prevented with regular servicing. Minor breakdowns include a flat tyre, minor mechanical, electrical or electronic breakdowns such as a run-down battery or a blown fuse.

“Met Éireann‘s status yellow weather warnings forecast severe weather conditions in the days ahead. Those conditions include severe frost, ice and scattered showers, all of which pose serious risks to motorists across the country. We would advise all motorists making essential journeys during this period of level five restrictions to heed weather warnings and take all necessary precautions.

“There are a number of ways to reduce the risk of road accidents and hazards on Irish roads, particularly during a period of severe weather. Ensure that your tyre tread depth is the legal minimum limit of 1.6mm, and check this regularly, as bald tyres can fail to grip icy or wet roads.

“I would encourage all motorists to carry an emergency kit with you in your vehicle, including a spare tyre, a jack, jump leads and a flashlight which is important at times of low visibility. Getting your vehicle serviced regularly—ideally once every six months or every 10,000km—can decrease vehicle breakdowns and hazardous situations not only in severe weather conditions, but throughout the course of the year.

Through simple checks, motorists have the power to better protect themselves from the unexpected and with Liberty’s new modular and customisable motor insurance, our customers have the power to choose and only pay for the cover that they need.”

In July 2020, Liberty Insurance announced an investment of €100 million across its European operations to create a new model of operating insurance through a digital ecosystem on Amazon's public cloud API.  Since then, its motor direct business for Ireland and Spain are already operating through an insurtech approach based on offering simple and modular products to customers.