Review: The Arkana is a new direction for Renault

The vehicle was on test drive from Cleary Motors, Loughtagalla, Thurles 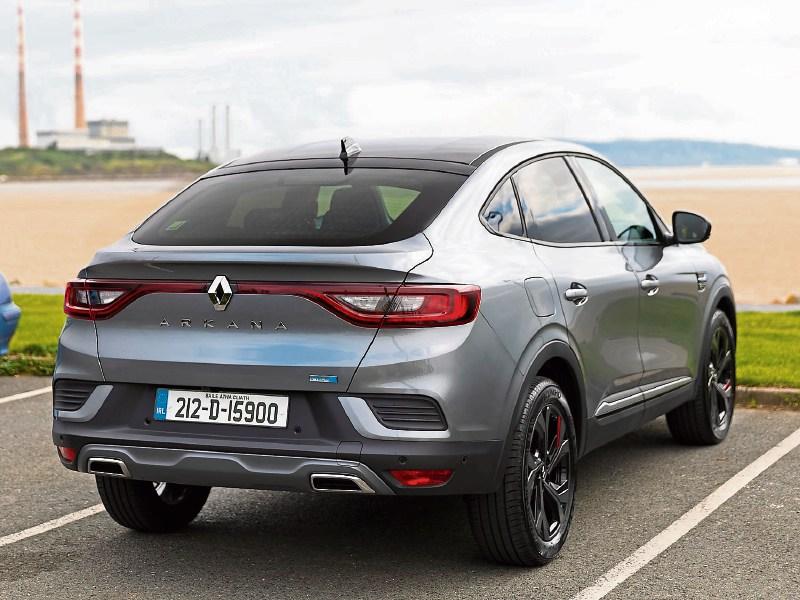 The Renault Arkana - well worth a test drive

Renault has never been afraid to try new things and to innovate.

The car maker is one of the most forward thinking in the game and they have brought much ground breaking technology to the market in their vehicles which have delighted the commerical and passanger customers alike.

So, when the company announced that it would be discontinuing its SUV range of Kadjar and Koleos models in favour of the much anticipated Arkana, eyebrows were raised and many wondered what exactly was going on. 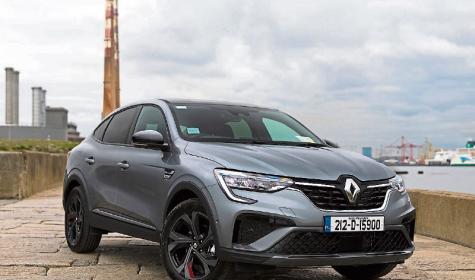 The initial images of the Arkana created quite a buzz though with its elevated driving position, its sleek look and its sheer size capturing the imagion of the motoring public.

And, since the vehicle arrived to Cleary Motors, Loughtagalla, Thurles it has created quite a stir with regular Renault customers delighting in it, while also attracting a lot of attention from others too.

It’s not surprising either - the Arkana is a step into the hybrid electric segment for Renault which has now more or less left the diesel engine behind as a relic of the past.

The Arkana, as already hinted, is a very attractive looking vehicle but it doesn’t really fall into the saloon or SUV categories - it almost has a category all to itself.

Looks and innovation have been part and parcel of the Renault revolution for many generations and this car is packed with class leading technology as well as a range of initiatives which set it apart from the rest.

Of course, all of these innovations are worthless really if the car does not do what the customer wants - in other words, it has to drive like a dream, be fuel efficient, comfortable and well able to cater for passangers. Arkana ticks all of those boxes.
There is great space inside and the split level boot ensures that you will never run short of space for all the shopping, equipment etc that you might desire.

There is also great headspace for all passangers and the seating is very comfortable, thereby making long journeys no problem at all.

The most important person in the car though is the driver. And, the elevated driving position ensures a panoramic view for all concerned. The driver is assisted in so many ways by the various bells and whistles included as standard - cruise control, lane departure assist, automatic lights and wipers, warning signals from outside sensors - the list goes on and on.

All Arkana’s are automatic and this means easier driving for the majority of customers - those not used to automatic transmission must learn to decommission the left leg - after that it is a cinch!!

Starting in the early €30,000’s the Arkana is well worth checking out at Cleary Motors, Thurles.