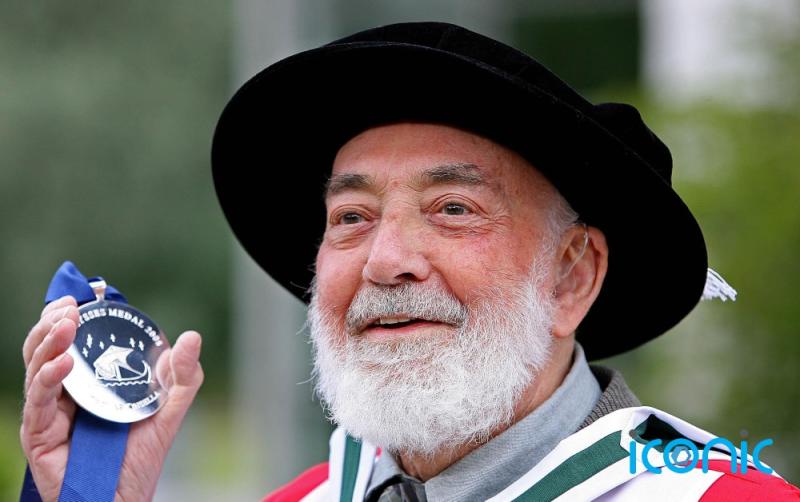 President Michael D. Higgins and the Taoiseach have expressed their sadness at the passing of prolific poet, Thomas Kinsella, 93.

The Dublin-born poet received international acclaim for works including The Táin, Mirror In February and Butcher’s Dozen, which was written about Bloody Sunday.

His poetry was a fixture in the curriculum for Ireland’s Leaving Cert students.

Having spent many years in the United States teaching poetry at universities, Kinsella was awarded the Freedom of Dublin city in 2007.

“All those with a love of Irish poetry and culture will be saddened to have learned today of the death of Thomas Kinsella, one of Ireland’s finest poets,” he said.

“His reputation at home and abroad was one of being of a school that sought an excellence that did not know borders.

“In addition to his rich contribution to the school syllabus for generations of students, where he once held a rare distinction as being a living poet on the syllabus, Thomas Kinsella’s work retained a fierce urgency and relevance for readers throughout life.”

Taoiseach Micheál Martin also paid tribute and stated, “Deeply saddened at the passing of one of the greats of Irish poetry Thomas Kinsella."

“Generations of students first discovered his work in ‘Soundings’.

“My own favourite is ‘Mirror In February’”

Mr Martin said Kinsella’s work “captured the spirit of an age, and a lifelong love affair with Dublin”.

“I was very sorry to hear of the death of Thomas Kinsella and I would like to extend my sympathies to his daughters Sarah and Mary, his son John, grandchildren, great-grandchildren and his many friends and colleagues,” she said.

“Like many other Irish people of a certain age, I was introduced to the words of Thomas Kinsella through the Leaving Cert curriculum and his poetry ‘Mirror in February’ and ‘Another September’.”

The Dublin flags on the Mansion House and City Hall are to be flown at half-mast to mark Kinsella’s death.