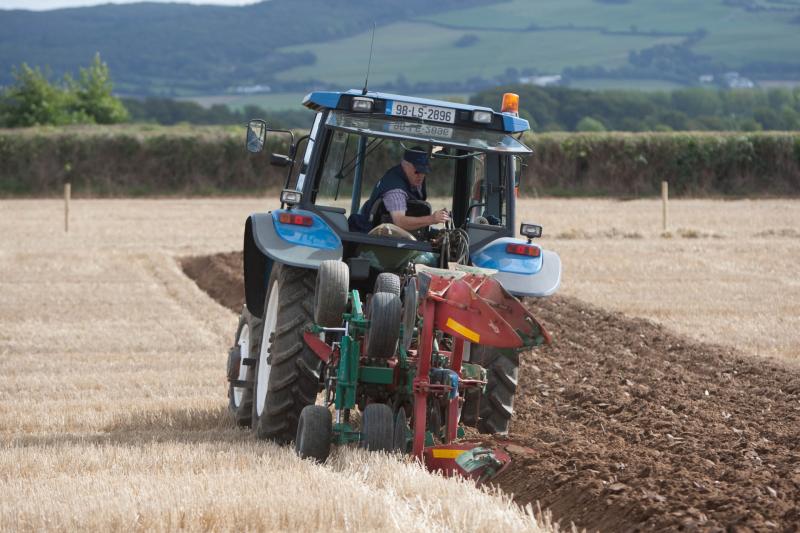 National Ploughing Managing Director, Anna May McHugh, has written a new book, the appropriately entitled, 'Queen of the Ploughing.'

In one chapter about a year in the life of the Ploughing, Anna May recounts how Tullamore was chosen as the 2016 site for the event.

She said they like to have a location pinned down about a year in advance but in October 2015, they still hadn't chosen a site for the 2016 edition of the famous event.

"There were a few sites in contention for last year's Ploughing," she writes. "We were considering sites in Kilkenny and Carlow," she added.

In fact, in October 2015, Anna May McHugh and her fellow organisers were surveying one of those potential sites when a phone call came in - a phone call from Offaly.

"We got a phone call from our Offaly director, Michael Mahon, saying they were standing on a lovely site in Screggan, near Tullamore," Anna May explained.

"As soon as we got the call about the Screggan site, we hightailed it to Tullamore and met the site owner, Joe Grogan," she continued.

"That's generally how it happens," Anna May commented about the site selection process. "There isn't a formal application process for landowners who wish to offer their farms. Usually the county ploughing associations would approach us and say there's a site worth looking at in such a place."

Well "such a place" was Screggan in October 2015. Joe is a great supporter of the Ploughing and Anna May said when she met him, she got the feeling "that this could be the site for us."

She also quashed suggestions that site owners perhaps get rich from renting their land to the Ploughing. "It won't make them millionaires, I can tell you. It is quite an honour to host the Ploughing but it won't make you up, financially," she states.

Anna May also said she has had a great relationship with hosts over the years and feels she could go back to any of them and work with them again.

Indeed, that's exactly what she has done this year as the 2017 National Ploughing Championships once again take place on Joe Grogan's land in Screggan, Tullamore from September 19-21.

Anna May also reveals in her book that it cost exactly €5,144,510 to run the Ploughing in Tullamore in 2016, with the biggest single expense being €700,000 for the steel track way that's laid to ensure safe passage for attendees and exhibitors.