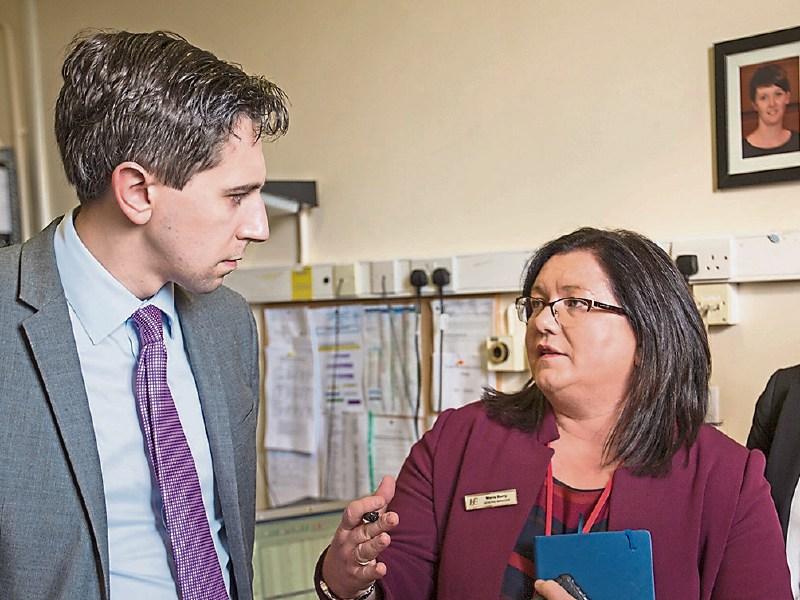 Health Minister Simon Harris has slammed  the conditions at South Tippeary General Hospital as “ utterly unacceptable” after  meeting patients lying on trolleys on a tour of the hospital today.

Minister Harris said he was glad to have witnessed with his own eyes the conditions  the patients , the staff and the public had to endure and said solutions had to be found.

“Nobody can go any faster than we are going” insisted Minister Harris   who explained that all the options for urgenlty required temporary accommodation were being examined and a procurement process had started.

Minister Harris said three options for temporary accommodation were being examined  and a decision would be made by the end of the year on what was the best one to proceed with.The options included the fitting out of a unit above a new CT scan unit that was due to open in December, a new modular unit and a patient hotel pilot project.The HSE had identified a s uitable site at the hospital for the modular build and hotel options.

Minister Harris said the temporary accommodation had to be provided He also wanted the HSE to examine ways of how Clonmel and Our Lady’s Hospital  Cashel could work together  and he would treat as a priority funding for Phase Two development of  South Tipperary General Hospital  in the capital plan to be reviewed by government early in 2017.

“This capital investment was promised sixteen years ago. It is just not good enough that it has not been delivered.” said Minister Harris.

Minister Harris, who had toured Our Lady’s inCashel earlier in the day, said Cashel was a large building with space and capacity to do more and he wanted it to do more in terms of step down beds.