Storming first half set Moyle Rovers up for win over Aherlow 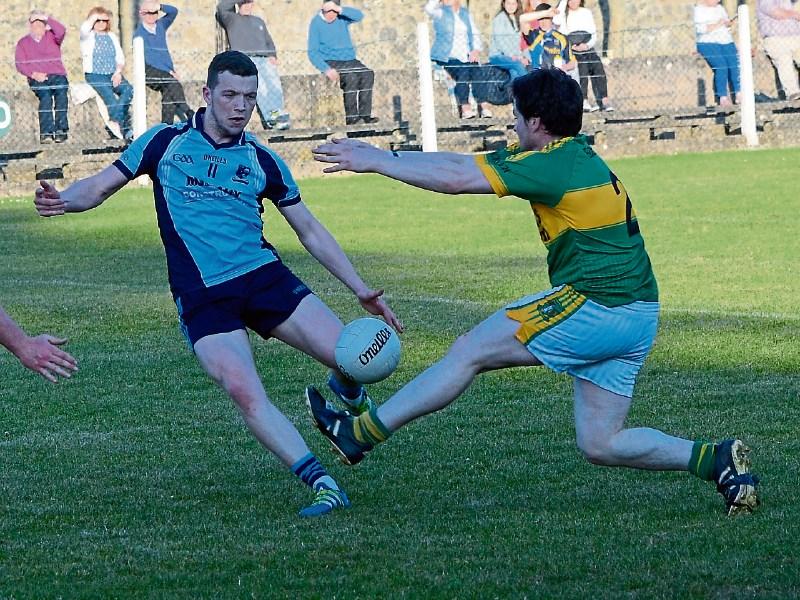 A storming first half by Moyle Rovers in which they scored 1-9 without reply, set them up for a comfortable victory over Aherlow Gaels in the opening round of the County Senior Football Championship game played at Cahir on Sunday evening.

Beaten county finalists for the past two years, the Powerstown/Lisronagh club went about their business with intent from the throw-in and they had the West Tipp side chasing shadows on a glorious evening for football.

County player Liam Boland, who would finish the game with a personal tally of 1-8 opened, with a pair of sweet left footed points inside the first six minutes. The same player then bagged his goal nine minutes in when finishing a free-flowing move involving David McGrath and Diarmuid Foley – the pace of the move blitzting the Aherlow rearguard. 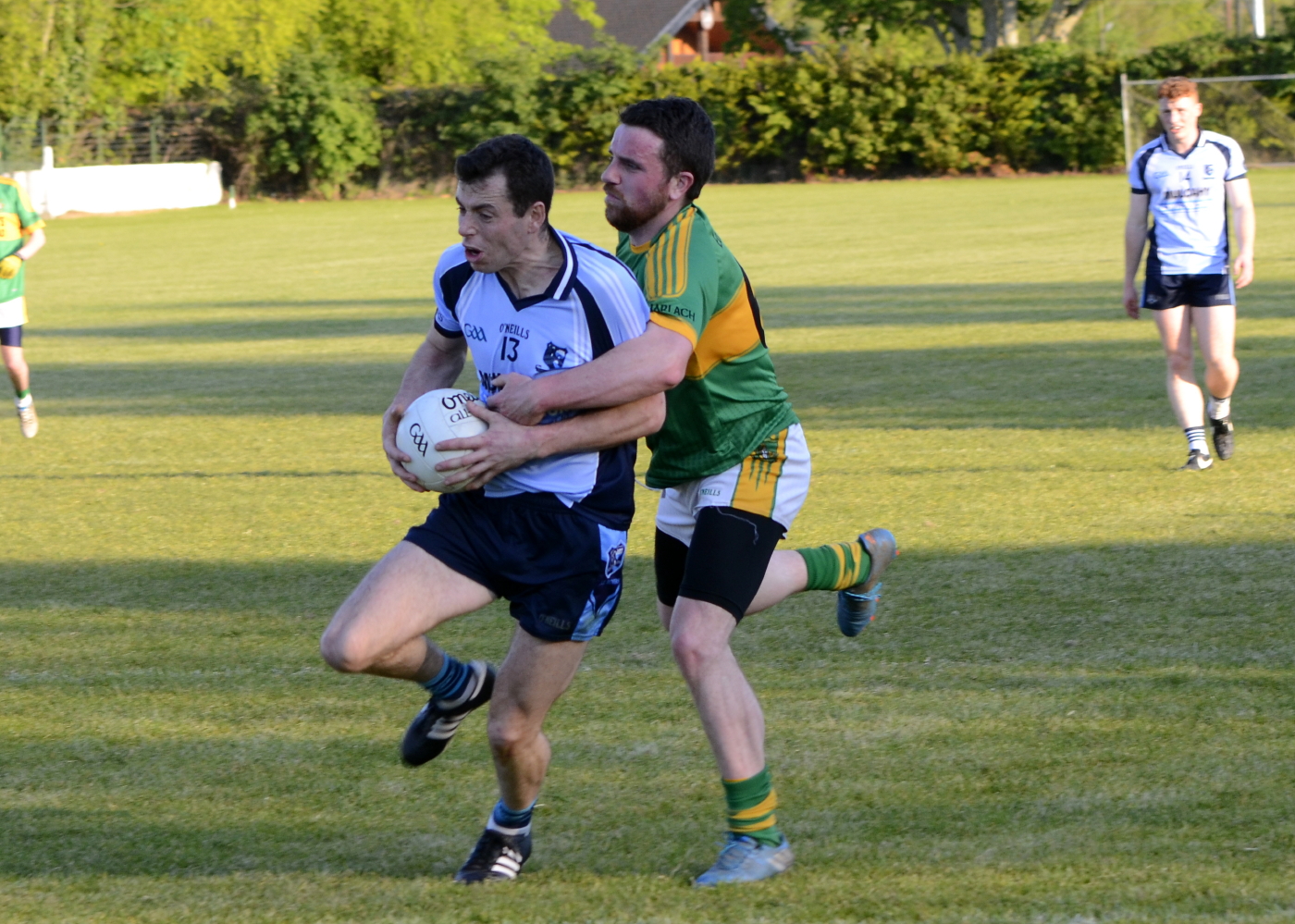 A well-drilled Moyle Rovers then dominated the rest of the half and in wave after wave of movement pinned Aherlow back. They realised early they had the legs of their opposition and took them on at each opportunity. Further points from play by Diarmuid Foley and Liam Boland (2) had the lead out to 1-5 to 0-0 on 17 minutes and on the rare occasions when Aherlow did break upfield, the Moyle Rovers backline led by Alan Campbell had the measure of the West Tipp side’s forwards.

Rovers introduced former Tipp inter-county player Sean Carey, back from Australia, in the 22nd minute (for the injured Stephen Quirke) and with first touch, after a pass from Ross Mulcahy, Carey pointed. His addition to the panel this year will give the Monroe side a tremendous boost.

Late points from Diarmuid Foley (after great work by Alan Campbell) and from Danny Owens after Gordon Peters had saved a goalbound shot from Liam Boland left Moyle Rovers 1-9 to 0-0 up at the break. It seemed the game was already over. 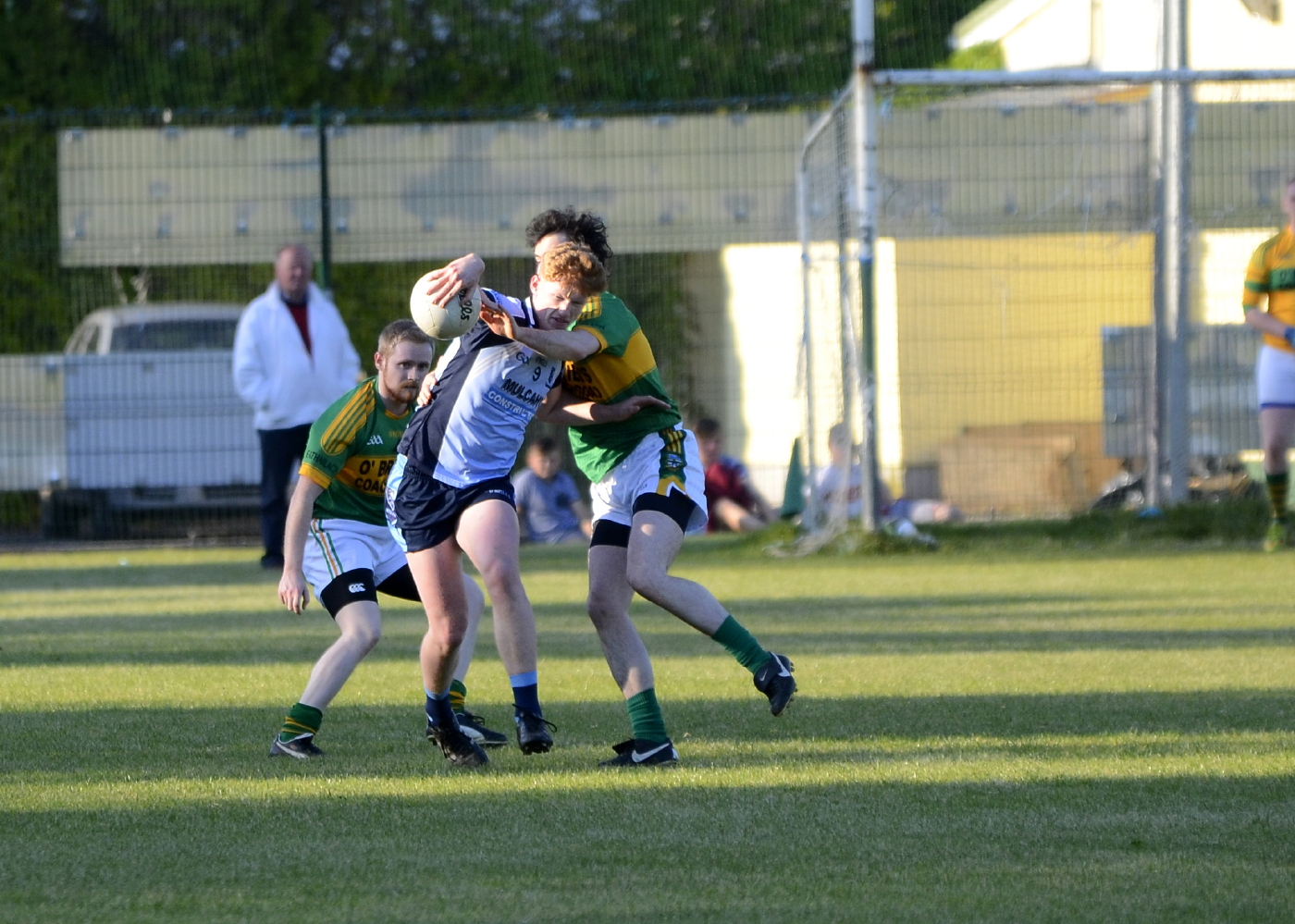 Aherlow introduced two subs at the interval bringing in John Moloney and Sean Kiely and they finally got on the scoreboard a minute after the resumption with a Barry Grogan free, won by John Hanley, their best performer on the night.

Any hope of a revival, or any doubt about the result, was put to bed just three mintues into the second half with a straight red card for Aherlow’s Seamus Grogan; referee John Butler making the right decision for a high tackle on David McGrath.

In a further blow a move out of defence by Aherlow in the 40th minute was turned over by Sean Carey’s industry and with lightning speed Liam Boland and Shane Foley combined before the latter blasted to the net for a goal which made it 2-10 to 0-1 as the night went from bad to worse for the Aherlow/Lattin combo.

But credit where it is due, Aherlow Gaels, as you would expect didn’t throw in the towel and responded with three points in a row from Barry Grogan. Following frees in the 44th and 46th minutes, Eoin O’Connell set up Grogan for their first point from play 48 minutes into the game. 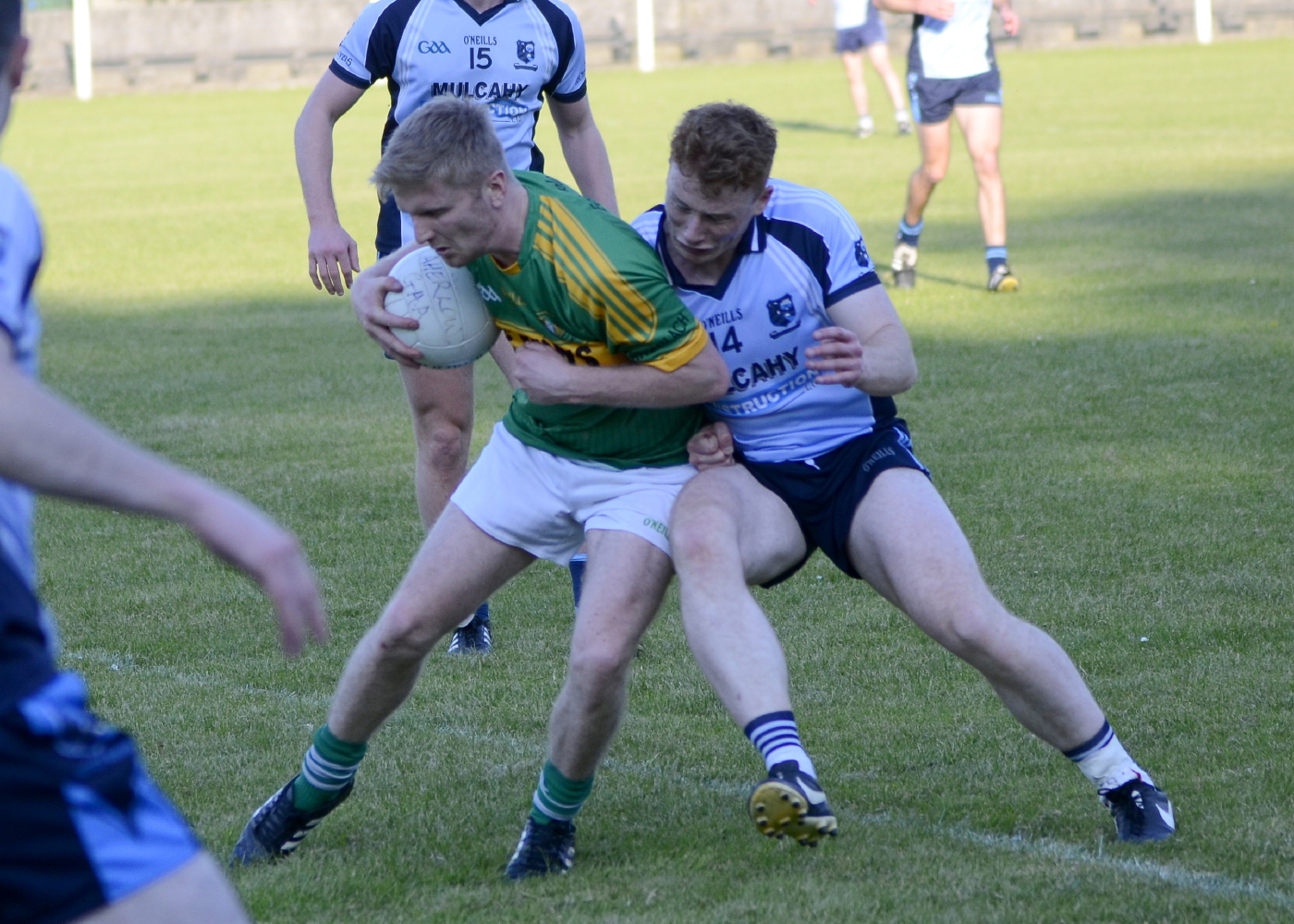 Rovers’ Luke Boland then fielded magnificently around the middle and put Craig Condon on his way to point.
The last few minutes were purely academic but the West side did tag on a couple of good points from play with firstly Mark O’Brien from 30 metres and then Mark Russell from a similar distance, cancelled out by two from Sean Carey and Liam Boland. And finally, another free from Boland, his fourth of the night, after the impressive David McGrath was fouled, brought this disappointing contest to a conclusion.

Moyle Rovers will be glad of the win but will put it behind them quickly knowing sterner tests lie ahead. Ciarán Kenrick in goal wasn’t called on once during the game which tells its own story. Alan Campbell, Morgan Irwin (up to his half-time substitution) and David McGrath stood out in defence; Richie Power, especially in the opening half did plenty around the middle; while Liam Boland and Diarmuid Foley were the stars of the forwards. But it was a solid team performance and team manager Niall Fitzgerald will be pleased with this start.

Aherlow Gaels were short a few for selection and they looked a little behind in preparation compared to their opponents. They won’t need telling that they will have to do better in upcoming games against Arravale Rovers and Fethard. John Hanley stood out for his workrate and effort and there were other battling displays from John Hennessy, Lar Coskeran, Barry Grogan, Mark Russell and Mark O’Brien when he came on late, but like Moyle Rovers, if for different reasons, they won’t dwell on this one for too long.